The Comedian Who Came in From the Cold 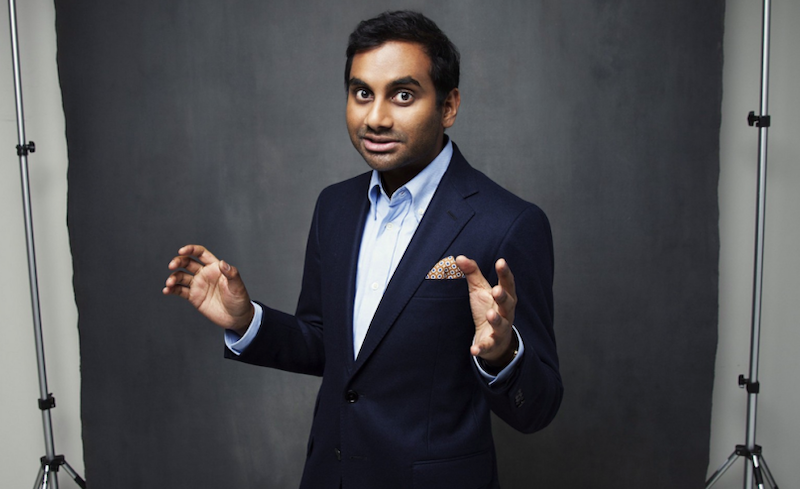 Comedian Aziz Ansari spent some time in #MeToo purgatory after an obscure online publication called babe published an anonymous account of his disturbing, freaky (especially what she called his “claw” move) sexual behavior on a first date in January of last year, but he's back now. And the former Parks and Recreation ensemble member's not stuck at a hallway house—small clubs—until his penitent status is relaxed, like fellow malefactor Louis C.K. He's already selling out major venues like Brooklyn Academy of Music and Radio City Music Hall.

The public confessional's not the comfortable fit for C.K. that it's turned out to be for Ansari. That's no great surprise, given that one's eager to please, while the other loves to see how far he can push people before they hate him by, for example, joking that pedophilia must be pretty pleasurable.

Kevin Fallon wrote an article for the Daily Beast that pays tribute to Ansari's “atonement tour”—he calls it “mellow and amusing”—while knocking Louis C.K.'s “petulant response” in his stalled comeback attempt. However, the halfway discerning reader's tipped off to the degraded nature of the writer’s evaluation by his description of that petulance as “alt-right.” Only a dimwit would write something so stupid, but with so many journalists now working like activists you have to wonder whether Fallon's dissembling in an attempt to make his case stronger. Plenty of readers, not knowing what “alt-right” really means, take the writer's word for it. So Fallon, who called Louis C.K. a “bitch” in a previous article, is either clueless about politics or dishonest—take your pick.

In that earlier article, Fallon writes about C.K.'s recent transphobic jokes and “demeaning remarks about gender identity.” He bemoans the comedian’s unprogressive reaction to having to use the various gender identity pronouns. Although the comic may sound conservative, or like a liberal who's grown weary of the Left's excesses, there's nothing even slightly alt-right about any of this. The alt-right's not located at the far end of the conservative spectrum. It's a nationalistic white-power movement aiming for racial separation.

Aziz Ansari pestered his date for sex in a manic manner suggestive of a former incel whose fame had suddenly opened doors he'd never dreamed of. His moves apparently haven't yet caught up with his access, but his date was free to leave his place at any time without repercussion. There was always a road to redemption for him. Ansari opened his set at BAM with a “somber” and “contrite” bit on his misbehavior. The author describes the entire comedy set as based on that fateful evening, and writes that “you could hear a pin drop during his opening,” which until recently was the one thing a comic dreaded most of all.

Fallon's signaling the post-comedy era, as exemplified by Hannah Gadsby's Netflix comedy special, Nanette, a woke affair, indeed, but short on the laughs. Increasingly, comedians, or “post-comedians” like Gadsby, are going for applause, not laughter—”clapter.” Ansari’s riding that train now as well. He’s in the process of publicly reconsidering his values and, as Fallon puts it, “attempting to translate it into a piece of art that adds value to the conversation going forward.” Comics such as George Carlin in the past have addressed social issues and “added value,” but until recently they were expected to deliver a steady stream of laughter at the same time. It’s easier now.

In the current environment, you can sum up a comedy performance this way while giving it a positive review: “It may not be the funniest comedy set I’ve seen. But at this moment in time, and coming from the person delivering it, it may be the most thoughtful.” That guy wasn't funny but he sure was thoughtful. That's how the late-night comedians, who now get more clapter than laughter, are evaluated. Trump's got everyone scared straight.

That's bad news for Louis C.K., not a clapter guy. H’s never pandered to audiences by trying to please them. There's talk about whether or not #MeToo miscreants have a road to redemption, a question that Aziz Ansari's provided at least a partial answer to. Obeisance runs against Louis’ nature, but he's deluding himself if he thinks he's got enough juice to buck the #MeToo juggernaut. No one should feel sorry for Louis C.K., though. He got rich while getting his rocks off at others’ expense like an arrogant prick. He'd still be doing it if he hadn't gotten caught.