I was on the periphery of Elton John Mania. (And Rocketman’s awful.) 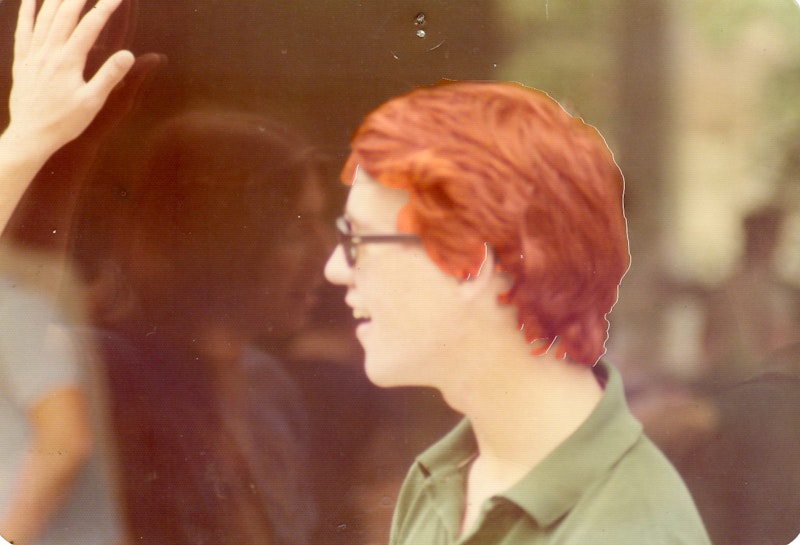 I’m stumped. After seeing the dreadful Rocketman—which rivals The Souvenir and Five Feet Apart for the worst film I’ve attended in 2019—I tossed around in my head what Elton John songs I’d put on a 12-song CD. The peak of John’s (and partner/lyricist Bernie Taupin’s) career was “Funeral for a Friend/Love Lies Bleeding” from Goodbye Yellow Brick Road. Also from the double-album, “Bennie and the Jets.” Other songs due for inclusion: “Honky Cat,” “Rocket Man,” “Crocodile Rock,” “Country Comfort,” “Daniel” and… the project was aborted.

Sir Elton—that’s facetious for dimwits, since those British honors get tossed around like equally meaningless Presidential Medals of Freedom—was, in the early- to mid-1970s, barely on the periphery of my preferred music. The lyrics were too sappy, John’s vocals usually over-the-top and aside from the above-mentioned songs I had little use for him. A step above Neil Diamond (who, before he went Vegas, released the terrific “Solitary Man” in 1966) and Barry Manilow, but not in the same league with glam contemporaries Bowie, Roxy Music and T-Rex.

I owned the first album to chart, Elton John, with the hit “Your Song,” but that was a Christmas present in 1970 from one of my relatives at a family holiday party at the Long Island home of Uncle Joe and Aunt Winnie. Doesn’t really count: and I sold it a few years later, along with 200 other records before going to college. And truthfully, even the songs I’d include on a truncated CD aren’t all that great: the lyrics to “Daniel” made me wince as a teenager; “Crocodile Rock” was a peppy song that was decent the first 10 times you heard it on the radio; and though I think John’s vocal on “Honky Cat” is among his best, the lyrics are muddled. Only on “Love Lies Bleeding” does John play and sing over his head, that once-in-a-lifetime moment captured in the studio that’s his “Billie Jean,” “Along Comes Mary,” “Down in the Boondocks” or “Don’t Fear the Reaper.”

And I did see Elton John live once, at the invitation of my oldest brother and his wife, who’d been given a suite at Madison Square Garden for a sold-out show in the summer of ’76, well past the singer’s creative (such as it was) peak. I’d have gone anywhere with them (I babysat their kids twice in Europe in ’72 and ’75), just for the wonderful company. This junket had the added bonus of dining at the then-new Windows on the World atop of the World Trade Center, a much-desired reservation at the time. I was wearing jeans, which was still frowned upon in top-tier restaurants, but did manage a psychedelic tie on a white shirt, so made the cut.

I honestly can’t remember all the food during a multi-course meal: pheasant, foie gras, prosciutto, melon and figs, and two expensive bottles of French wine after cocktails, stand out, but the rest’s a blur. As was the show at the Garden! I’d never been in a private box for a concert before, and it was something else: our own room with a bar and seats outside the window with a perfect view. I was already pretty loaded, but a free bar’s a free bar, and I had a couple glasses of Jack Daniel’s as the show progressed.

When I knew “Funeral of a Friend” was coming up—what I was really looking forward to—I made a mistake, ducking into the john to smoke a joint. A minute later, I puked all over the facility, and though I was mortified, and made a frantic effort to clean up, my brother and sister-in-law said nothing, and Elton was great on “Love Lies Bleeding.” The next thing I knew, I woke up on a couch at their Short Hills home, whisked off to the Newark Amtrak station so I could get to my graveyard-shift summer job at The Baltimore Sun.

(Intermission: getting into the spirit of the 1970s, the ’75 photo of me above is doctored. Unlike three of my brothers and dad, I didn’t have red hair, although my given name Russell—nickname “Rusty”—was chosen in anticipation of another Smith “ginger,” the mild slur that flooded America 25 years or so ago, for no discernible reason).

I suppose it’s Elton’s moment for nostalgia. Rocketman’s a critical success, typified by New York Times film critic A.O. Scott’s gusher on May 28. He writes: “But the point of 'Rocketman' isn’t self-aggrandizement. It’s fan service of an especially and characteristically generous kind. It’s certain that Elton John has nothing left to prove, but it’s also possible that he’s underappreciated. He has been part of the pop-music mainstream for so long—more than 50 years!—that the scope of his genius and the scale of his accomplishments risk being taken for granted… I’m sure I’m not the only one who will be grateful to be reminded of how much I loved him, and why.”

I shudder, anticipating Scott’s review of the inevitable Eagles biopic.

My son Nicky slammed Rocketman (and he’s a wowie zowie fan of Goodbye Yellow Brick Road) earlier this week, and I have little to add. I’ve no idea what director Dexter Fletcher’s intentions were—maybe, if I’m generous, a nod to Todd Haynes’ flawed but far more absorbing Dylan film I’m Not There—but the ridiculous dance/fantasy sequences, weird chronology of John’s string of hits (infuriating to me, alive at the time; undoubtedly confusing to newcomers) and Taron Egerton’s maudlin portrayal of Sir Elton had me counting the minutes until it was over.

Surely John had long periods of sustained euphoria—an almost overnight success, who wouldn’t?—but they’re rarely shown on screen. That Scott calls John an “incandescent meteor of a man” leads me to believe he couldn’t keep a dry hanky when John altered the lyrics to the slight “Candle in the Wind” to honor Princess Diana after her fatal car crash in 1997.

Also, Scott says that John’s sexuality was “counted as an official secret,” as was his drug and alcohol use. In truth, anyone who read Rolling Stone at the time and could read between the lines, knew—and like me, couldn’t care less—that John was not only gay but, like countless other huge rock stars, led a dissolute life. And now there’s a shitty biopic to document that.