The Art of Kicking Statues 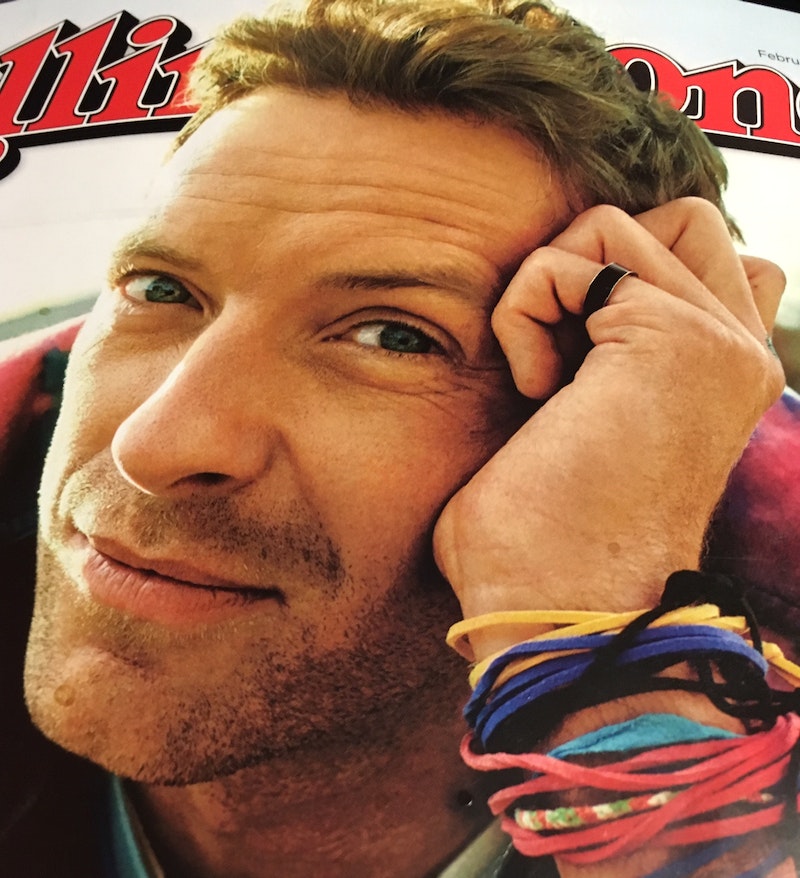 There's no art in making fun of Chris Martin or Coldplay. They’re only a notch above Nickelback. In fact, I think Nickelback might be better than Coldplay. I heard “How You Remind Me” twice this week and thought, “Every section of this song is good.” The this-is-how-you-remind, the it’s-not-like-you-to-say-sorry, then the been-wrong-been-down-to-the-bottom-of-every-bottle, then the little bridge leading to the yeah-yeah, yeah-yeahs. The chorus to that song has like five fucking parts. All leading into yeah-yeah, yeah-yeah? Love it! There’s a mutual disdain between Nickelback and the general public who are Nickelback-intolerant. They know their name is shorthand for shit, but they also regularly sell out arenas in the American heartland, so writing a song called “Something in Your Mouth” is sort of a beautiful gesture. Mealy-mouthed, always-apologizing Chris Martin is a pathetic case in comparison, with his only consolation his music, his legions of fans, his millions of dollars, and his (relative) youth. Woo-hoo! Let’s all go buy fur coats. I want a walk-in humidor…

Rolling Stone, its issues now thin as a dime, had Chris Martin on a cover recently, and described him in the first paragraph of its story as “exuberant, a little corny, and easily amazed.” Martin and writer Josh Eells walk along the Santa Monica boardwalk and spot a credit card on the ground, and of course Martin, shoeless, picks it up and says, “Briana. Poor thing. She hasn’t even signed it. What do we do?” Cue to a peaceful chat in the grass, where Martin tells a joke about Muslims with wallets not liking Coldplay, and lo and behold the girl turns up looking for her credit card. “‘We fucking did it!’ Martin says, high-fiving me. He turns back to Briana, concerned. ‘You need to sign that, you know.’ […] Martin beams. ‘You don’t understand how happy you’ve made us. You just made our day.’” Then, over fish tacos, they run into Edward Norton—Malibu mates, apparently. There’s a Mike Love feature in the same vein on the next page, but I just didn’t have the heart to read it.

So I’m listening to CNN’s intro to the 257th Republican debate: “Donald Trump: On a winning streak!” “Marco Rubio: Gaining new momentum!” “Ted Cruz: On his home turf in Texas!” “John Kasich: Looking forward!” “Ben Carson: Fighting on!” So Rubio is droning on, hissing like a high school girl, and Trump just shushes him and says, “Oh, be quiet, just be quiet…” Later on, Trump’s references Rubio’s “meltdown” at the New Hampshire debate, and he’s suddenly the whimpering whipping boy that Jeb was, but even more wooden and empty-headed. Oh my god, someone give Rubio a Klonopin! Oh, be quiet, just be quiet… Whoa! Ben Carson said, “Health care is not a right.” The fuck is this pill-head talking about? I might just go back to Chris Martin’s semi-charmed life until Trump tells someone they’re stupid again. Listening to Carson is a bit like a bedtime story. But no one on that stage is worse than Mike Love. He’s responsible for SMiLE remaining unfinished. Fuck him. I hope he drowns in Bermuda. Yeah-yeah, yeah-yeah.