The enduring legacy of Clarissa Pinkola Estes' Women Who Run with the Wolves. 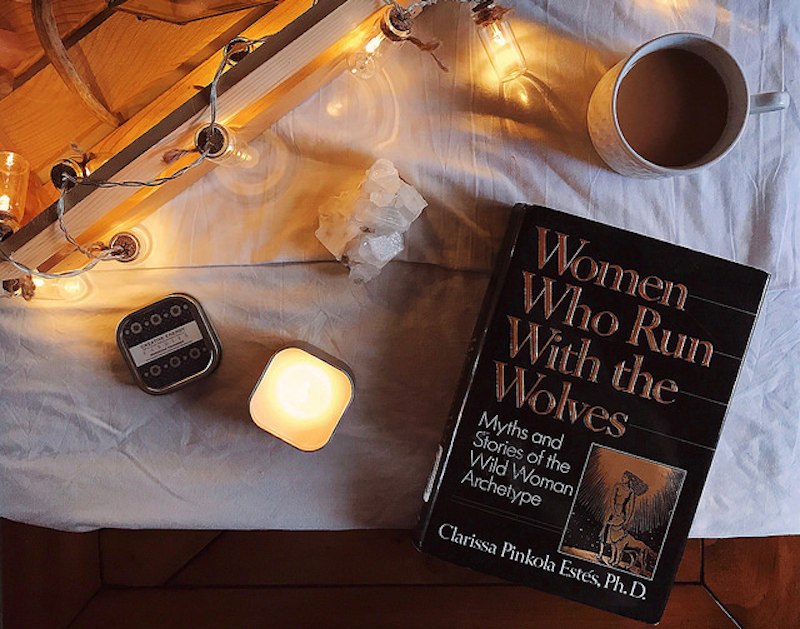 Twenty-five years ago, the book Women Who Run with the Wolves was published. Written by trauma counselor and Jungian analyst Clarissa Pinkola Estes, the book spent nearly 150 weeks on the New York Times bestseller list in the early 1990s. This year it was endorsed by actress and activist Emma Watson, who called Wolves “life-changing.”

Women deserves reevaluation and praise in our current cultural moment. It’s a feminist work that celebrates indigenous cultures but also argues for a feminine nature that’s untamed and primal. It also appreciates and honors men. Such insights are needed again when society is breaking down into camps: angry feminists, resentful conservatives, digital ciphers, and the alt-right.

Women is over 500 pages, but a very good distillation is still found in a 1993 interview Estes did with the New York Times. Reporter Dirk Johnson describes how in Wolves, Estes interpreted old stories and folk tales through a Jungian lens to “reveal an archetypal wild woman whose qualities she says have today been dangerously tamed by a society that preaches the virtue of being ‘nice.’”

Estes writes that like the wolf, modern women have been pushed to the brink of extinction: “The innate powers of womanhood have been driven deep within, but they can yet be summoned as tools in a fight for survival.” Estes further argues that "wolves and women are relational by nature, inquiring, possessed of great endurance and strength. They are deeply intuitive, intensely concerned with their young, their mate and their pack.”

Then comes this: “While she urges a liberation for women,” Johnson writes, “Dr. Estes cringes at the label of feminist. ‘No Latina woman would be called Ms.—that's an invention of middle-class Anglo women,’ said Dr. Estes, who was born to Mexican parents and adopted by immigrants from Hungary in rural Indiana. ‘Latina women are proud to be called Mrs. That simply means that we have a family.’”

When talking to Newsweek, Estes said that she "feel[s] a little bit shut out" by traditional feminists, and “contends that there really is a feminine nature, to be celebrated and not reasoned away.” In the chapter "The Dual Nature Of Women," Estes makes this observation: "Anyone close to a wildish woman is in fact in the presence of two women; an outer being and an interior criatura, one who lives in the topside world, one who lives in the world not so easily seeable. The outer being lives by the light of day and is easily observed. She is often pragmatic, acculturated and very human. The criatura, however, often travels to the surface from very far away, often appearing and then as quickly disappearing, yet always leaving behind a feeling: something surprising, original, and knowing.”

Any man who’s had a relationship with a woman can attest to this dual nature. A woman can show high intelligence and achieve integration into society and success in the office, but then reveal almost animalistic fierceness when protecting her family or having sex, or showing passion for art she creates. It’s the smart and brave man who respects this dynamic, something Estes explains in a story. In "Hymn for the Wild Man: Manawee,” an African man courts a pair of twin sisters but can't marry them until he guesses both their names. The man fails, only learning their names when a dog tells him. According to Estes, the story is also about a man who earns the love of a Wild Woman only by recognizing both the dual nature of the feminine and his own inner wild man, which is symbolized by the dog.

Sometimes Estes’ language can get overbearing and corny. Yet 25 years later Estes sill offers refreshing and powerful insights. Women Who Run with the Wolves remains a fascinating work, and even gains relevancy, as Emma Watson’s praise for it shows. Since 1992 when Wolves was published, our culture has increased its attempts to control women, whether through the abusive and mechanized sex in pornography or the taming of women in the enervating corporate workspace. Not only women but also men are losing their fierceness to digital addictions. Yet the female power Estes explores is still there, underneath it all, a fantastic mystery.