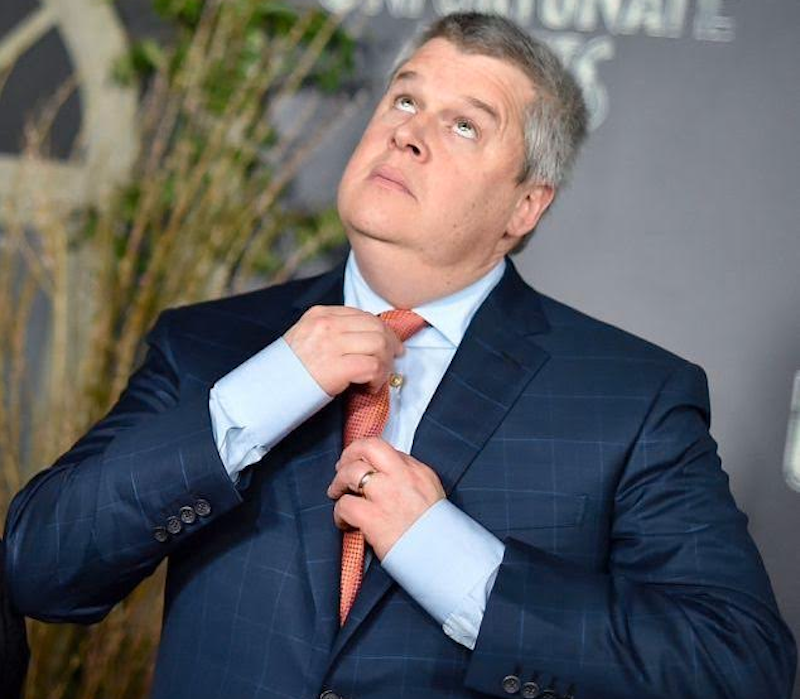 Daniel Handler is lost. The author, best known for his A Series of Unfortunate Events written under the pseudonym Lemony Snicket, will probably never live down his idiotic comments about Jacqueline Woodson being “allergic to watermelon” at the National Book Awards three years ago. I know his obituary in The New York Times will include a hyperlink to the op-ed Woodson wrote in response to the same paper, “The Pain of the Watermelon Joke.” Ever since A Series of Unfortunate Events concluded in 2006, he’s continued to write novels under his own name and has kept a pretty low profile. I didn’t understand Harry Potter hysteria as a kid and preferred Lemony Snicket’s books because they were just relentlessly bleak: three orphans wandering through a gray Victorian wasteland constantly being imprisoned, abused, and psychologically tortured by every adult they meet. Nothing gets better. It was great.

Besides his remarkably stupid comments in 2014, Handler left my radar years ago, but he’s a much more prolific writer than I thought. He never spent any time hiding out or “recovering” after the considerable success of his children’s books. I got passed along a copy of his latest novella, All the Dirty Parts, recently, with the warning: “PERV!” Imagine Less Than Zero set in high school without the drugs or the city or the violence. All the Dirty Parts is an occasionally interesting attempt to transcribe the mind of a teenage boy, but it’s really about a sex addict whose inability to accept his bisexuality leads to complete social alienation.

Handler wrote a very stupid op-ed in the Times about this called “Want Teenage Boys to Read? Easy. Give Them Books About Sex.” He leads with this: “What interests teenage boys? You’re smirking, but this is a question that occupies many of us in the field of young people’s literature. It’s well-documented that girls are reading more than boys, a statistic of increasing concern.” Is it? I agree with his point that most Young Adult books are insanely violent and inappropriate for kids, especially the awful Hunger Games series, a mild watering-down of Battle Royale with a Harry Potter feel. Fuck you! You can’t do kids killing each other unless it’s violent, satirical, and pointed like Battle Royale—otherwise you end up with a disturbing normalization of child warfare and a creepy vision of the future that feels a little too close to reality.

All the Dirty Parts is exactly that: some asshole kid that fucks a lot and gets fucked up about it. It actually is the perfect book for a 13-year-old boy, but Handler is deluded to think anyone would ever consider putting this anywhere near the Divergent books. Besides, Handler answers his own question early in the piece: kids don’t need dirty books aimed at them. The precocious ones will do exactly what he did and find books by Henry Miller, Anaïs Nin, Vladimir Nabokov, and Anne Sexton.

Dude, kids know about Tropic of Cancer. It’s not some quest to find transgressive books anymore. I enjoyed All the Dirty Parts more than I thought I would, and find its ending dedication to Prince hilarious. Handler knows what he’s doing, but his publicist needs to keep him locked up. Add another line item to the “Controversy” section of his Wikipedia page.