The Modern Scourge of the Vocal Fry

Something must be done about all the podcast “creaky voices.” 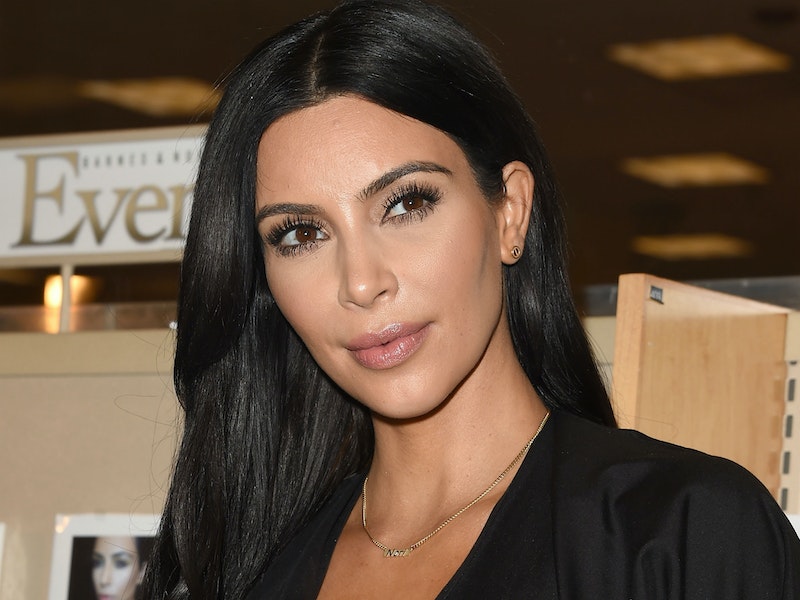 There's a dreadful, newish speech pattern known as the vocal fry that has infected this nation like a virulent pathogen. You've probably heard it, especially if you watch much reality TV, listen to podcasts or hang around sorority houses, but perhaps you didn't know there was an official name for it. The vocal fry is that creaky sounding, froggy vocalism that's the speech equivalent of fingernails on a blackboard. The most egregious practitioner of this otic torture is probably one of the Kardashians—maybe Kim—but it's an epidemic at this point. The vocal fry has become so extreme on some podcasts that they're unlistenable. Forty-five minutes of glottalization is too much to bear, no matter how scintillating the content might be. I tried ignoring the host’s oral transgressions and focus on the topic, but that didn’t work.

Kim Kardashian uses an extreme variety of what's also called the “creaky voice,” applying it evenly throughout her sentences in a steady croak, but typically its practitioners use it only for the last one or two words of their sentences. As I hear them about to complete their thought, I brace myself what's coming. The affectation, whether it's a vain attempt to convey gravitas or just a matter of mimicking other podcasters, is too hard on the ears.

In some languages, such as Jalapa Mazatec, when the vocal fry is applied it changes the meaning of words. In American English, it's used to sound sophisticated, authoritative or world weary, perhaps as a reaction to the mockery directed at that other irksome vocal pattern known as upspeak. Upspeak, which in the pop culture zeitgeist is closely associated with the Valley Girl phenomenon, is when the speaker’s intonation rises at the end of a sentence. Simple declarative sentences sound like questions, making the speaker sound like an airhead. In an apparent effort to avoid sounding like a bimbo from Glendale, some women overreacted and began exploring the lower registers of the vocal spectrum instead of just talking in their regular, modal voices. The worst frequent fryers are women, although it's certainly not an all-female phenomenon—Bill Clinton is an obvious example.

Pointing out that women are the main culprits in torturing our ear drums carries the risk of being called a misogynist, but unless more people start speaking out against the destructive vocal fry culture, it's going to grow like the invasive kudzu plant in the Southern states that multiplies so fast that herbicides and mowing can't even keep up with it. If you take a stand on the issue and are told you're a cog in the patriarchal machine, tell them Naomi Wolf has gone on the record as saying that young women must give up their trendy, guttural vocal stylings in order to reclaim their strong female voices. The most transformational generation, she wrote, is disowning its power with its chosen speech pattern.

And then there will be those who say you're nitpicking by complaining about such a petty matter, and that you can just listen to another podcast. The problem is, if you go to the next podcast, especially if it's on NPR, there's a good chance you'll get cawed at there too. You shouldn't have to change channels when a professional outfit puts out a program you're interested in simply because the host sounds like they're running out of oxygen at the end of every sentence. I challenge any vocal fry deniers to listen to an excerpt from the NPR podcast Invisibilia and tell me they’d happily endure that rasping for an hour.

Let's cover some more male croakers. This American Life’s Ira Glass, the creaky-sounding inventor of the “NPR voice,” is probably the one guy responsible for so many NPR podcasts sounding like frog ponds. It may be that other people—on his podcast or on other NPR podcasts—hear his vocal chords banging off each other and think this is how NPR podcasters sound. Michael Barbaro of the New York Times’ The Daily podcast, sounds like he's in his death throes in the final two words of every sentence he speaks, and then he's able to miraculously revive himself instantly to begin the next one. His nonstop vocal petites morts are almost heroic, in a sense, but brutal to listen to.

Is it unreasonable to ask people who use their voices for a living to undergo some vocal training to eliminate speech patterns that distract from the stories they tell? Moreover, speaking gutturally is unnatural and can damage the vocal chords. Some speech therapists consider it a disorder. Broadcasting has expanded so fast that people lacking basic professional skills are hired to talk for a living. It won't make anyone sound less “real” if they decide not to speak like they'd shouted themselves hoarse at a rave the night before. They won't be perceived as stiff elders or corporate drones if they work on polishing their presentation. What it will do is increase their listenership. Not one single person will ever stop listening to a podcast because the host’s voice sounds pleasing rather than grating. One thing's for sure—this pandemic of what actress/director/screenwriter Lake Bell calls the “sexy baby vocal virus” must end soon.