Taco Joint Turns Out to Be a House Of Pain

I should've just ordered the tacos to go. 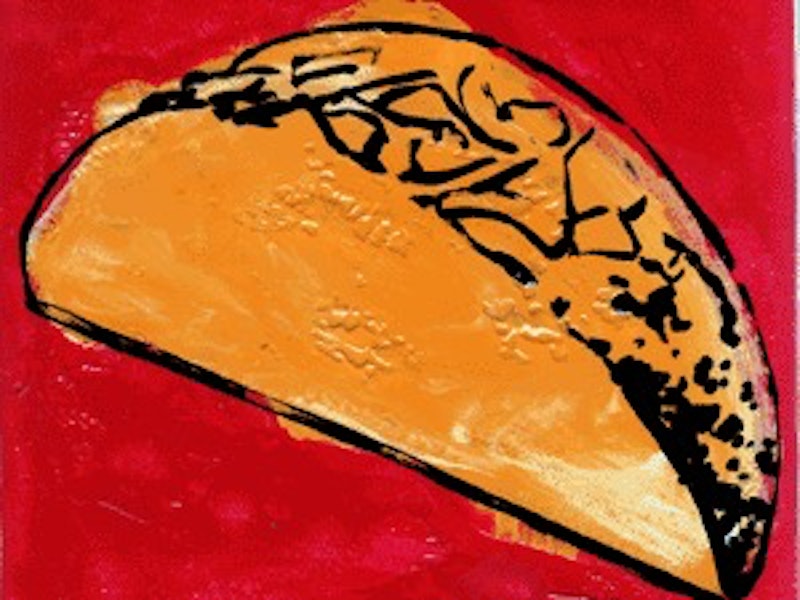 I knew I shouldn't have gone to that bar last Thursday evening. Maybe it was the music, which was some gloomy rock sub-genre that I couldn't name, nor stand. But I really wanted to watch the football game, and the place advertised tacos, which sealed the deal. I should’ve just gotten the tacos to go and watched the game at home, but had no way of knowing what was about to come.

I settled into a little nook that had the 49ers vs. Seahawks game on a widescreen TV. Very nice so far, and I was the only person there. There was even a couch to sit in. Trying to ignore the oppressive music, I was thinking I'd made the right decision, all things considered.

Not so great was the game, with the 49ers stinking things up on their home field. Oh well, I had no real expectations of them doing well, which lessened the pain. I ordered a beer, deciding to wait for the second half to order tacos. Near the end of the first half, a couple came into the nook and settled into chairs. I figured they wanted to watch the football game too, but when I returned from a quick step outside to make a phone call, I noticed that there was now a hockey game on the TV. While I was gone they’d asked the bartender to change the channel, but when informed I was watching the football game, they politely said they’d watch the hockey game on another TV. I went to the bar and asked a bartender to please turn it back to the football game, which he did.

Settling back into my comfortable couch in my private football nook, I felt good again, or as good as can be expected given the shellacking my team was getting. There had just been a little glitch here with the TV, but one that I easily fixed. Shortly thereafter, however, the TV got switched back once again to the hockey game, although nobody had said a word to me. I went back to the bar and asked the same bartender if he could put the football game on again. He looked confused, but said okay.

I returned to my couch when the other bartender approached me. He explained, matter-of-factly, that all TVs in the bar were now "set" to their current channels, with no explanation. His face was set too. Set hard in a way that was meant to tell me that he was doing this whether I liked it or not. I was the only one watching this TV. The couple was at the other end of the bar now, watching the hockey game. What could possibly be the reason? This guy then said I was "free to watch" the football game that was on behind the bar, but I didn’t want to move to the bar.  "Oh, I'm free to watch the game on another TV am I?" I said, sarcastically, and his face tensed up, like he was getting ready for a confrontation. "Yes," he replied.

I didn't give him a confrontation. I could’ve argued with this very rude person. I considered it, but why get into it with some tattooed, bearded hipster with a chip on his shoulder? In another time, and under different circumstances, I would have pushed back, but the game sucked anyway, and so did the music. I felt like I was in alien territory. A place where the normal standards of behavior don't apply. I was tired, and just disgusted by then, so I turned my back and let him go away. Then I sat there for another 15 minutes, finishing my beer, still alone with a hockey game that nobody was watching.

I approached the other bartender to settle my tab. I said that if they didn't want me there I'd leave. I don't think he even knew what had happened, but he said that it wasn't the case. I told him that when you're the only person watching a TV and the bartender turns it to another game for no reason it means he wants you to go. The other bartender saw us talking but said nothing, passing on a final chance to at least be a semi-decent human being. So I left, and didn't look back, escaping the oppressive atmosphere of that dive.