Is Manhood in a State of Crisis?

Boys will be boys, but should they be more like girls? 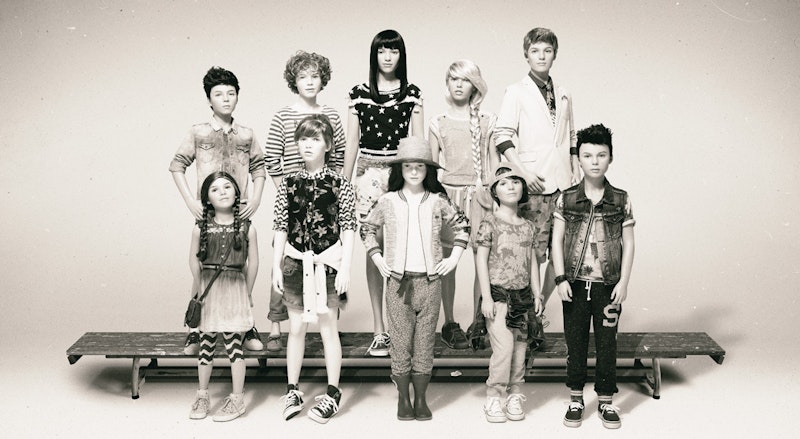 The "Manhood in Crisis" think piece is inescapable today. From the left, the problem stems from boys programmed from an early age to be too aggressive. On the right, it's all about boys not allowed to be aggressive enough. As Breitbart scribe Milos Yiannopoulos put it, "The media trash-talks everything men love: guns, booze, boisterousness, drugs, sex and video games." This, he posits, is making some of the boys to grow up to be mass shooters.

So which is it? Boys should be more like girls or boys should be more like boys? A couple of recent essays promote the former argument. Zach Stafford, writing for The Guardian in "It's time to do away with the concept of 'manhood' altogether," comes right out swinging with his first sentence: "Men are pretty terrible people," putting any doubts about the writer's objectivity, not to mention intelligence, immediately to rest.

Stafford lays out his EZ fix solution, which is to eliminate the concept of masculinity altogether. "Instead of constantly putting manhood under perceived threat," he writes, "we must rethink the concept entirely, and maybe—to be so daring—throw it out." I'm not sure if "daring" is the correct adjective to use here ("clueless" might be more accurate), but he proposes eliminating the concept of masculinity altogether through lots of reeducation courses, as in social engineering. I doubt he has more than a passing acquaintance with the pertinent scientific issues involved—specifically, the powerful role hormones play in behavior.

Stafford makes ample references to a CNN article written by Kevin Powell—"Why one activist thinks we need a men's movement." Powell wrote about his one-year residency at an American university (my guess is University of Virginia) where he was tasked with working with male students to get them to rethink what manhood means, towards the goal of getting them to see women and girls as their equals. Meeting with sports team captains and fraternities, Powell would ask students to name 10 important women in history and explain their contributions to society. Only a handful was up to it, leading Powell to draw the conclusion that this is why men mistreat women.

"When you don't know something about a group or people, any people, people different from you," writes Powell, "it becomes very easy not to honor them as your equals, easy not to respect them, easy not to love them, easy not to see their lives as valuable as yours." The historical achievements of women were not emphasized enough in these students' educations, so they don't love, respect, or see women's lives as valuable?  Were there no other women in the boys' lives—mothers, aunts, sisters neighbors, teachers, community leaders—who could’ve served to send a much different message, or can only famous women taught in high school history classes do this?

Powell doesn’t stop there. He claims this situation makes it "easy to directly and indirectly participate in hurting that group, with your language, with your deeds, with your ignorance and reckless disregard for their humanity." This requires a leap of faith I'm not ready to make, especially since the writer offers no supporting evidence. Because someone is ignorant about Florence Nightingale's important achievements will he recklessly disregard women's humanity? I don't have an extensive knowledge of, say, Canadian history, but I don’t participate in hurting them in any way, either directly or indirectly.

Powell does address the non-famous women I mentioned earlier who could be positive influences on young men, but he gets it wrong, writing about the students he talks to: "Very few of them even knew the histories of their own mothers or grandmothers or sisters." Really? Did his sessions with all the athletes and frat guys allow him the opportunity to make such a specific determination? I know a lot about my mother, grandmothers and sisters, which I don't believe makes me unusual.

Powell concludes by calling for a new men's movement to redefine masculinity that would include teaching boys about women's achievements. Yes, that’s a fine idea, but they’re not going to come close to ending all the horrors committed mainly by men he lists: the mass shootings, rape, and the killing, punching, kicking, biting, and spitting on them.

It's not difficult to debunk most of these new crisis in masculinity theories. Milos Yiannopoulos dislikes most women, so he's dismissed out of hand. Zach Stafford thinks men are terrible people, so he's just Yiannopoulos' mirror image on the left. Kevin Powell is by far the most reasonable of the three, but he’s an activist whose passion for this cause derives from his earlier years when he was violent towards both men and women. He's now trying to atone for that, and good for him, but his personal experience colors his thinking. He hasn't figured out the big picture yet.