Searching For the Real Japan 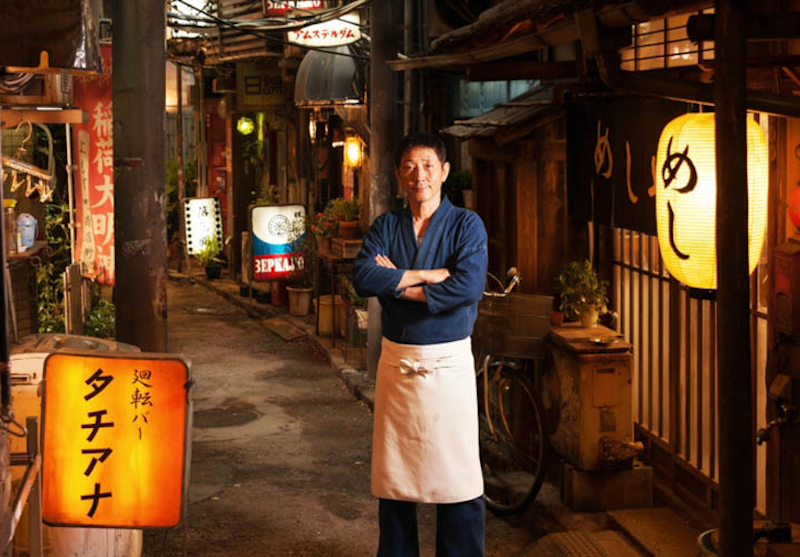 The media loves “weird Japan.” You know, the capsule hotel rooms barely bigger than a casket, the gyaru with their bronzed faces and white makeup, the saline facial injections used to replicate the shape of a bagel on a trend chaser's forehead. Feeding the eager public a steady diet of abnormal Japan is easy and fun.

Explaining a nation as idiosyncratic and complex as Japan requires skill and hard work, but there's not much of a market for it. Strip away all but the zany aspect and you've got something to sell in the age of instant gratification and short attention spans. Consider Amazon Prime’s Love and Sex In Japan, a documentary focused on capturing the sexual zeitgeist in contemporary Japan. It takes the filmmakers just an hour to make their case that the younger Japanese have pretty much given up on sex, as if it were just another of the many trends they’ve discarded over the years.

The film starts with four seconds of generic footage from the sky of Tokyo accompanied by generic Japanese background music, and then cuts straight to the weirdness. You know right away it's a low-budget production. Naoko is the first Japanese we meet, and she's about to marry herself, with the assistance of a high-paid consultant specializing in soro kekkonshiki—solo weddings. The 29-year-old isn't sure she wants marriage, but she's willing to pay for the trappings, which are all captured in the photoshoot.

Yasunori, a married Japanese man with two children, appears onscreen to explain that Japan’s uncertain economy has produced a crop of men too unsure of their place in the world to approach a woman. The narrator, a British man affecting an air of amused condescension, informs viewers that, in this strange land where a quarter of 30- to 40-year-olds are virgins, “real feelings and carnal pleasures no longer have their place.”

We're then introduced to someone referred to only as “Inoue,” which is grating because that's his last name. He's a 24-year-old geek and virgin, who prefers busty manga girls to the sentient variety, as do all his buddies. The film crew follows Inoue to a “cuddle cafe,” where he pays a girl in a maid’s outfit to massage his shoulders and let him rest his head in her lap while he remains fully clothed. Once the point’s hammered home, we meet 35-year-old porn star Shimiken, who’s one of only 70 male talents in a business that produces thousands of videos each year. Other characters appearing onscreen are Julien the matchmaker (Western men with Japanese women), Kamazawa, a thirtysomething who participates in mate-meeting seminars, and Mr. Takashi, a fiftysomething who lives with two blowup dolls who he sometimes takes outside for photo shoots.

The Netflix series Midnight Diner: Tokyo Story, offers a subtler glimpse into the offbeat side of Japan. Its fictionalized stories are all named after one Japanese comfort food (“Tan-Men,” “Corndog,” “Tonteki,” etc.) and revolve around an all-night, backstreet diner that doesn't open until midnight. Its proprietor, known as Master, will cook any dish his customers​ request, as long as he has the ingredients. Unlike Love and Sex in Japan, the makers of this series put some effort into its intro, which establishes the location and atmosphere nicely with a Japanese folk song and some slow, nighttime footage of Tokyo’s neon streets that's mostly shot from a moving vehicle.

The Master is a taciturn, calming presence who listens attentively as his customers confide in him about their personal dramas. This is a common scenario in Japan, where the proprietors of many small eateries cook right in front of their customers and interact with them as we're used to seeing bartenders do. Once the story's established inside the diner, the filmmakers take the narrative off-site, but always return to the diner for the resolution.

In one episode, a budding young physicist, Mr. Amamiya, falls hard for another customer, a much younger Korean girl named Yoona who shares his love for omuraisu, an omelet with a rice filling. In one scene, they return to the diner together one evening and curious regulars ask if they're dating. Flustered, Amamiya grabs a Rubik's Cube from one of them and solves it in about three seconds, defusing the awkwardness instantly.

Regular customers, including a trio of women who act as a recurring Greek chorus in the series, listen and offer advice to Amamiya as he discusses his mother's discomfort with the romance. In private, Master lends an ear as Yoona explains her complex family situation back in Korea. When Yoona’s family obligations finally pull her back home, Amamiya goes straight to Master with the devastating news that the wedding is off. Then he travels to Korea, where Yoona tells him it can't work. Undeterred, he stays, frequenting Yoona’s family's diner and eating the omuraisu Master had taught Yoona to prepare.

Yoona's parents finally yield to Amamiya's persistence and obvious love for their daughter. The final scene has, as every episode does, a demonstration of how to cook the theme dish. Master places an omuraisu in front of the elated physicist, who then hands a wedding ring to Yoona.

Midnight Diner tells real stories about real people, however broken or weird, and it tells them with warmth and nuance. Contrast that with Love and Sex In Japan, which has no stories and denies its characters’ humanity, reducing them to caricatures. Inoue’s just a prop to the filmmakers, who can't be bothered to refer to him correctly by name. There's not even a valid reason for Shimiken to be in the film. His sexual services are so in demand that he hasn't had a vacation in seven years. Midnight Diner, on the other hand, respects its characters, and is full of surprises and insights into regular life in Japan. Plus you get a cooking lesson with each episode.