It’s my role as a Guncle to show the children that there’re always alternatives to what’s taught to them as “normal.” 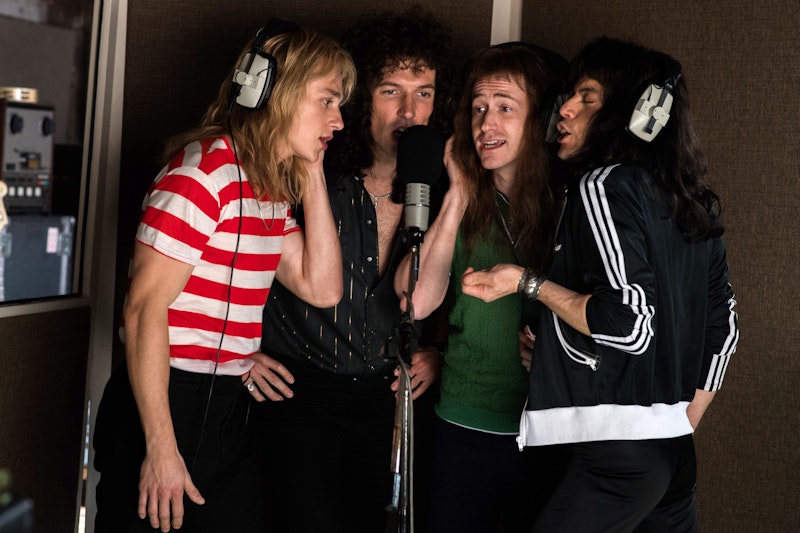 Seeing the film Bohemian Rhapsody gave me a chance to talk to my 15-year-old niece—who shows interest in the different perspectives of her favorite Guncle. This kind of “worlding,” accessing alternative spaces upheld by the emotional, spiritual, and creative connections of marginalized people (queer and black), gives us new lenses to see beauty, livelihood, and vitality outside of conformity and consumerism. I’m usually the one at family gatherings pushing against what others don’t feel the need to or even see. It’s my role as a Guncle to show the children that there’re always alternatives to what’s taught to them as “normal.” This is how I realized that my ass looked better in jeans from the “women’s” section of H&M. It’s my section now.

Bohemian Rhapsody cleverly placed Freddie Mercury’s body as the archive from which everything flowed. He was the most unapologetically queer/bisexual one in the band, for which his disruptive identity aesthetic created the flare and edge of the band. He and his fellow members had tension about this because they didn’t live in the same world as Mercury. Many queer scholars say that queer/gay people are “world-less” because we’re rejected from the institutions that those around us are accepted in (church, corporate culture, family units). We often have to create our own forms of “church” and “family.” I think Mercury knew this, and so he created from within—but wasn’t equipped with tools to sustain the alternative life he lived.

The film also showed the distinction between a job and compensation, making a living from living authentically. Not many of us get to experience this: your dreams and freest identity as your work. Engaging with queer icons of our past and present, who were far ahead of their time, encourages me to say no to bullshit with greater intentionality and disregard for how my choices will be perceived by family and peers—mostly people who live according to pre-established norms that if interrogated they too don’t even agree with. Our only way to truly survive is to push against and find ways to live outside of the powers that are designed to oppress us.

As queer and black individuals, if we simply take what’s here, then we accept a path that’s not designed for us to live the freest version of ourselves. Like Mercury, pushing against the borders of the world is how we learn who we are when untouched and non-commodified by the mainstream. Queerness isn’t just about who we fuck. It’s about disrupting the here and now with possibilities that support the most marginalized bodies to live lives beyond conformity or standardization.

In the future I’d like to have a conversation with my niece about the #hetWash that critics have called out Bohemian Rhapsody for—its lack of queer representation in the actors. When she’s older, she’ll realize how boring life is because of America’s over-fixation on heteronormativity, hegemony (white men’s way as lead), and cis respectability. Youth are identifying with queer values early on because the bodies in this world that center alternatives to the mainstream hold truer possibilities for justice, freedom of expression, and decolonized imaginaries.