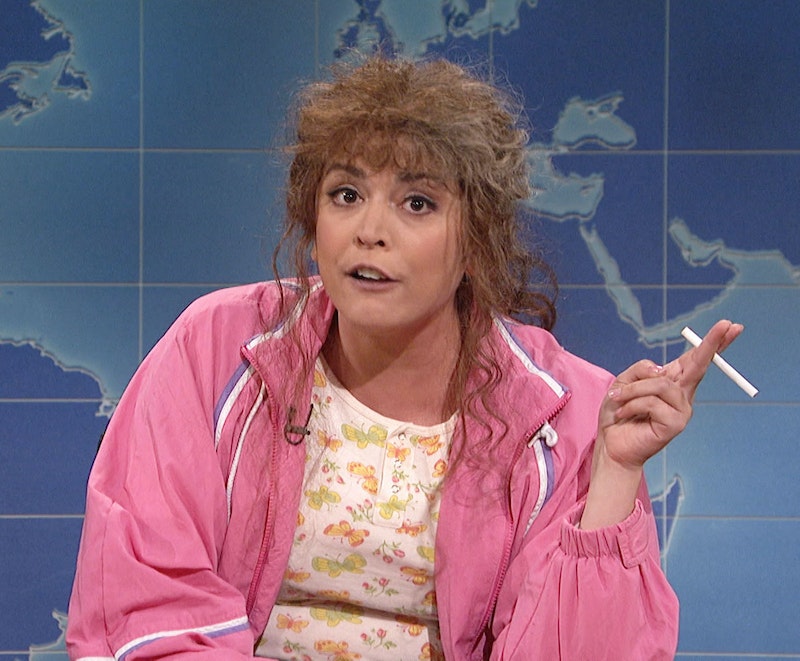 Thanks to Donald Trump, Saturday Night Live is enjoying its highest ratings since 1994, but so is everyone: the election never ended, and every cable news network, online magazine, and late night talk show gets to suck at the teat that usually goes dry by the second week of November.

There has been plenty of righteous indignation and protests that show that more Americans are paying attention and are more furious than ever. The Women’s March on January 21st was the most stunning and genuinely heart-warming thing to happen since November 8th: millions of people across the country (and thousands more overseas) marched in peace in solidarity with the people that the Trump administration posed an existential threat to. The energy hasn’t dissipated, but stupidity abounds in the #Resistance, most offensively with Harvey Weinstein and Michael Moore planning a Trump documentary called 11/9, an outrageous and provocative title that puts Trump’s improbable win and the murder of 3,000 people in the same category. I admit there was a surreal, nearly psychedelic feeling that night that felt like stepping into an alternate reality, but it wasn’t the nightmare of living through 9/11.

Less slimy and more self-congratulatory: The Hollywood Reporter’s cover story on SNL’s banner year, where writer Steve Higgins says: “With Alec, sometimes it feels like people think he's the only hope there is, which is an odd place to put a comedian. I hope the world gets back to normal soon.” Baldwin basically plays Trump like a baby, his impression is fine, but anyone looking to Baldwin and SNL to save and salve them needs to get a hobby. Baltimore Sun critic David Zurawick says that “Weekend Update” hosts Colin Jost and Michael Che are doing something that’s “largely going unnoticed. They are making jokes that show how Trump's messy use of language is actually a tool he uses to evade being pinned down.” Yes, Trump is snake oil salesman, what a novel observation.

The hypocrisy of having Trump himself host back in October 2015 is addressed briefly in the piece, with Colin Jost recalling: “When he hosted last season, the worry was, ‘Would he have burned out by the time he even came to host?' That was Lorne's concern more than the concern of, ‘How will this help him?’” Trump was already one of the most well-publicized and famous people in the world, but just as Jimmy Fallon was widely derided for ruffling the golden weave in good nature, so should Michaels for his decision to invite Trump to host the show during the GOP primary campaign: most of the frequently cited insane things that Trump said during the election happened toward the beginning, in the summer of 2015 (Mexican rapists and murderers, John McCain isn’t a war hero, mimicking a disabled person, Megyn Kelly bleeding "from her...wherever"). To Baldwin’s credit, he apparently “urged” Michaels to invite Trump back to host after the election. “‘I would have loved to have had him,’ says Baldwin, seated now in an SNL dressing room. A show spokesperson says the request was never made.” Wonder why?

SNL is a beacon of boring, center-left liberal criticism and satire, rarely cutting and only occasionally funny when they venture into the bizarre (Jost—a huge Norm MacDonald fan—is frequently great on “Weekend Update”). If you’re looking for glaring hypocrisy right now, look no further than Cathy Anne, a Cecily Strong character that’s made several appearances on “Weekend Update.” Cathy Anne is Al Jolson for poor people—hicks and rednecks. She’s dumb, slack-jawed, with an overbite, always sucking on a cigarette she’s unable to light. She’s weighed in on James Comey, Pizzagate, and being an undecided voter. She’s a rube, a caricature of poor people that approaches the offensiveness of blackface performers. This mirrors the DNC and the Hillary contingent’s dismissal of working class people that voted for Trump or Bernie Sanders.

In a decade or two, Cathy Anne will be just as cringe-worthy as “The Arakawa Group,” a sketch from 1992 where Mike Myers, Phil Hartman, Rob Schneider, and Dana Carvey play broadly drawn bucktooth caricatures of Japanese people. Great art can save people, but SNL does not qualify. Nevertheless, they’ll persist—don’t expect the back-patting to end anytime soon.