Resolve Not to Reboot 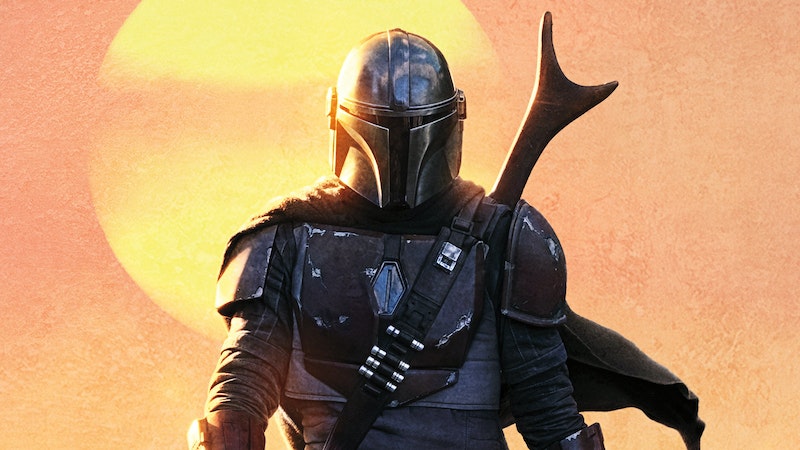 I’ll say this much for the recent series of Disney+ announcements about upcoming Star Wars and Marvel projects: at least they aren’t reboots.

Many TV shows from both franchises are coming in the next three years, but given all that can go wrong when creators are given license to completely “reimagine” fictional realities, it may be for the best that, for instance, the one future Star Wars film so far announced sounds about as traditional and basic as could be: Rogue Squadron, about a group of X-wing pilots, from director Patty Jenkins. She sweetly notes her late pilot dad was an influence on this project, as he was on the depiction of Steve Trevor in her Wonder Woman movies (the second of which doesn’t seem to be doing so well right now, but I said enough about DC Comics last week).

You can do “basic” without being boring, as the positive reactions to the Star Wars TV series The Mandalorian suggest. Undermining and subverting all that has gone before, by contrast, can be an exercise in eating one’s seedcorn, as self-indulgent as any derivative fan-fic about Chewie becoming a Star Destroyer officer. Constant reboots—by which I mean not just new material (say, Rian Johnson’s take on Star Wars) but true slate-wiping restarts that disregard or radically alter established fictional history (say, J.J. Abrams’ Star Trek)—have an effect worse than self-indulgence: Reboots encourage irresponsible, zero-consequences attitudes in those who should show a sense of stewardship.

If you can hit the Batman reboot button every few years no matter how much you asked the fans to invest in the prior version, at some point, even if fans seem to be enjoying the upheaval in the short term, you undermine their willingness to invest. It’s like expecting your town to endure if its businesses and government are run by amnesiac Dadaists.

Even without a full reboot, a similar thinning of dramatic significance can occur just by using too many resurrections, doppelgangers, and time travel resets, all tending to make the stakes seem high in the short term and low to the point of non-existent in the long run.

There are good reboots—Daniel Craig’s James Bond, for instance, the first time that franchise did a full restart—but they should be done sparingly and only if there’s an extraordinarily high likelihood of the new version improving on the old in a way that couldn’t have been achieved simply by depicting new subsequent adventures in the same history/timeline. As much as the recent Star Wars sequel trilogy (that’s Episodes VII-IX) disappointed me, for instance, I was horrified by short-lived rumors that the producers might climb out of the hole they’ve dug by just hitting the reboot button. That’s the easy way out!

Even if you hated the sequels—and hated the prequel trilogy to boot (that’s Episodes I-III, starting in the late-1990s)—what could really be achieved by rebooting anyway? Remain calm and think about it. Short of some sort of grotesque CGI stunt, no amount of rebooting is going to give you back a living Alec Guinness, living Carrie Fisher, young Harrison Ford, or thin Mark Hamill. That being the case—and the tropes of the Skywalker family and various Death Stars or Death Star-wannabes having been pretty well flogged—why not just tell (better) new stories set, say, fifty or a hundred years later in the same galaxy?

You could still use Chewie and the droids, since none of them age like humans. So, you get as much from telling new-but-later stories as you’d ever be able to squeeze out of a reboot. And even if you hated the prequels and want to forget them, most of what happened in them was backstory inescapably woven into the saga already by references George Lucas put in the first three films (that’s Episodes IV-VI, starting in the late-70s). If the prequels did not exist, new and likely less-talented filmmakers would simply have to invent them, albeit maybe without Jar-Jar.

If they want to follow the logical development of the story from the three trilogies so far, by the way (spoilers ahead), I’d recommend stressing the “Emperor Palpatine actually won” angle in future films, since we now know many of the core Star Wars characters are basically descendants of Palpatine (whether via the Force or conventional genetics). Even villain Kylo and heroine Rey are basically half-cousins once removed. That is, if we believe George Lucas’ own view that Palpatine (plausibly) created Anakin/Vader by causing Anakin’s mom to become pregnant through the power of the Force. (And Snoke and maybe even “Baby Yoda” have Palpatine ties to boot, thanks to cloning technology, remember.)

Rey (with one of her parents being a child of Palpatine) is basically only one generation closer to Palpatine than Kylo if we accept Palpatine is Vader’s “dad” (and thus that Palpatine is two generations removed from Leia and three from Kylo). So, brilliant schemer Palpatine had his bases covered: It was likely great political power would eventually fall into the hands of Rey, Vader, Luke, Leia, or Kylo, though only Rey, who killed Palpatine, ends up surviving—and that outcome may be just fine with a Sith, since they believe in students killing their masters anyway. That she remains a mostly-nice person in the process may mean she has fulfilled the prophecy and brought “balance” to the Force, a bit of (g)rey to end the exhausting old Dark Side/Light Side process. Maybe that’s the only way to end Wars (spiritual and military) in that troubled galaxy.

Fictional franchises built up over decades like this one get rather messy, but best to do what people do when they see car wrecks if medics are already on the scene: just keeping moving ahead and put it behind you. Don’t go back to square one and try redoing the complex collision “but better this time.” That goes double for Terminator, Hellboy, Total Recall, and RoboCop. And don’t pretend 2021 will be wholly unrelated to 2020, either, whether you like it or not. Just keep moving forward.