Fascination Street is an Illusion 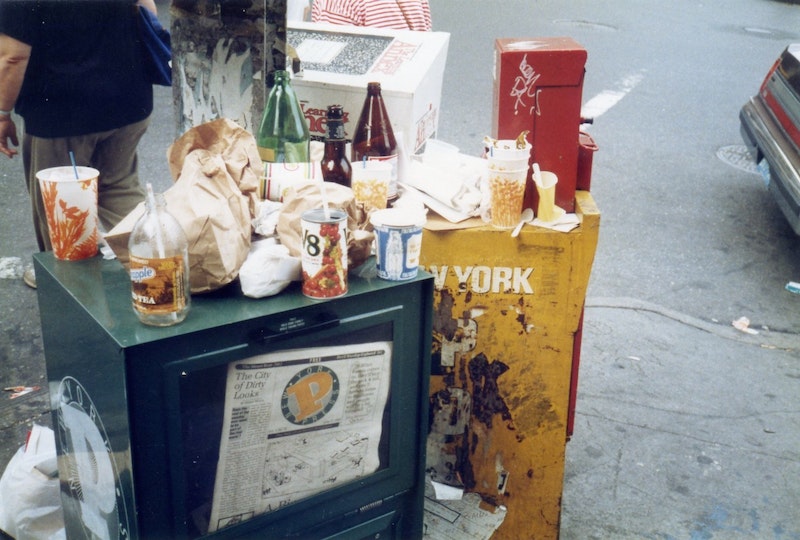 Last Saturday, in The Wall Street Journal, there was an intriguing, if not wholly original, essay by Johan Norberg, headlined “Why We Can’t Stop Longing for the Good Old Days.” I’m as guilty of nostalgia as anyone my age (65), I’d suppose, but also believe that a “good old day” is one in which you’re still alive. In a rundown of nostalgia in different decades, Norberg—the WSJ essay is adapted from his book Open: The Story of Human Progress—successfully refutes, for example, the common idea that the 1950s were the “good old days,” noting that many in that decade were nostalgic for the 1920s (before the Depression and WWII) and, in turn, those in the 1920s, wanted the simplicity of the Victorian Age. Woody Allen addressed this in one of his best later films, Midnight in Paris (2011).

When I was an adolescent in the late-1960s and early-1970s, there was a cultural surge of longing for the “uncomplicated” 1950s—the pop group Sha Na Na, the film American Graffiti (and soon after the long-running and awful TV series Happy Days—which I never understood. Who’d want to return to a country that was still violently racist, sexually repressed, with censorship of even mildly salacious literature and periodicals, the embarrassment of Sen. Joseph McCarthy jingoistic cattle calls, and the Hollywood blacklist? As in any decade there were outliers—in this case, the Beats (including Allen Ginsberg’s one majestic work, “Howl”) the roots of rock ‘n’ roll, with Elvis, Little Richard, Chuck Berry, Buddy Holly and the Everly Brothers, for example, beatniks, the founding of the Village Voice and Hugh Hefner’s enormously influential Playboy—but as a whole, the 50s seemed, from a distance, drab to me.

Norberg: “Psychologists say that this kind of nostalgia is natural and sometimes even useful. Anchoring our identity in the past helps give us a sense of stability and predictability. For individuals, nostalgia is especially common when we experience rapid transitions like puberty, retirement or moving to a new country. Similarly, collective nostalgia—a longing for the good old days when life was simpler and people behaved better—can also be a source of communal strength in difficult times.”

What a bunch of hogwash from those psychologists. As a teen in the midst of puberty, I felt not one pang of nostalgia (and neither did my friends). When you’re 14 (I was born in 1955), what’s there to be nostalgic about? My Little Margie? Mr. Green Jeans? The LBJ/Goldwater election? Some of my contemporaries, and those a few years older, might say the JFK presidency, but not me: not out of an animus towards the jaunty 35th president, but because the world was changing so quickly there wasn’t time to be nostalgic. I haven’t retired, or moved to another country, so I’ll leave that alone.

It’s just a thought, but perhaps nostalgia and melancholia are sometimes confused. For example, this past Christmas Eve, a day I’ve always relished for its seeming suspension of time, I reminisced more than usual about all my relatives who are no longer alive. At my age they mount up, and it gave me a twinge, a temporary crick in the neck, thinking of past Christmas seasons with my parents, two late brothers, uncles, two nieces and sister-in-law, and close friends who died at an early age.

I am nostalgic for the days—I’m leaving out COVID for now—when airplane and train travel were so much easier, comfortable and friendly. Not to mention the ability to sprint to your airline gate five minutes before takeoff and still get boarded. It’s a hobbyhorse (undoubtedly not just mine) that I’ve written about previously, but in 1975, who’d have thought that in 2020 not only was the predicted two-hour flight from New York to Los Angeles unrealized, but also that automobiles would still be so dangerous?

I’m not nostalgic for the medical care 45 years ago, when a heart attack or many forms of cancer were death sentences, rather than today when a bypass is just another harrowing procedure and advanced screening and imaging can detect any number of diseases.

I like cell phones for the instant convenience, although I’m glad videos weren’t around when I was a young man and engaged in embarrassing shenanigans (nothing of the #MeToo or #Cancel variety, though) that could be discovered by some unscrupulous adversary. Some of my friends undoubtedly wince today at their drunken conduct towards women. “We rape ‘em, you scrape ‘em,” a pro-abortion buddy once said, although I’m certain that was for designed for laughs in a small gaggle of men at our college newspaper, and he was taken aback by the silence.

I’m not nostalgic for telephone charges that increased by distance; never mind Europe, just New York to Chicago was prohibitive. Although I did appreciate the ruse of getting rid of someone in your office when a local call came in, and you said, “Have to go, it’s from Berlin! Let’s catch up tomorrow!”

I’m nostalgic about writing and receiving letters from friends. It’s startling, I think, to my not-yet-30 sons that I’d keep up correspondence with three or four people regularly: 2000-word letters every six weeks. Try that in a text. I’ve kept a bunch of those ancient letters and on occasion will read them, just to put the present day in perspective. But most have hit the bin.

I’m also nostalgic for taking photos on a regular camera, getting them developed at a shop, and then pinning them on a bulletin board or affixing them to a photo album. An amateur, I used to take a lot of photographs, but no more. The occasional iPhone snap, but that’s it. Something’s been lost there, at least for me. Same goes for print newspapers and magazines, but that’s a story that needs no further explanation. That’s my profession, so it’s natural; on the other hand, I’d bet that tech advances delight accountants. But on a third hand, save a thought for travel agents, who are mostly out of business.

I’m not nostalgic for the days when ATMs didn’t exist and you had to get to the bank before three p.m. I am nostalgic for when, in telephoning a company for information or to make a complaint, you weren’t put on hold for half an hour to follow commands from an automated voice.

But like the above-mentioned Norberg, I don’t believe in the “good old days.” Those days are right now, despite the enormous but temporary (one hopes!) disruption of COVID.