Beyond Good and Totally Evil 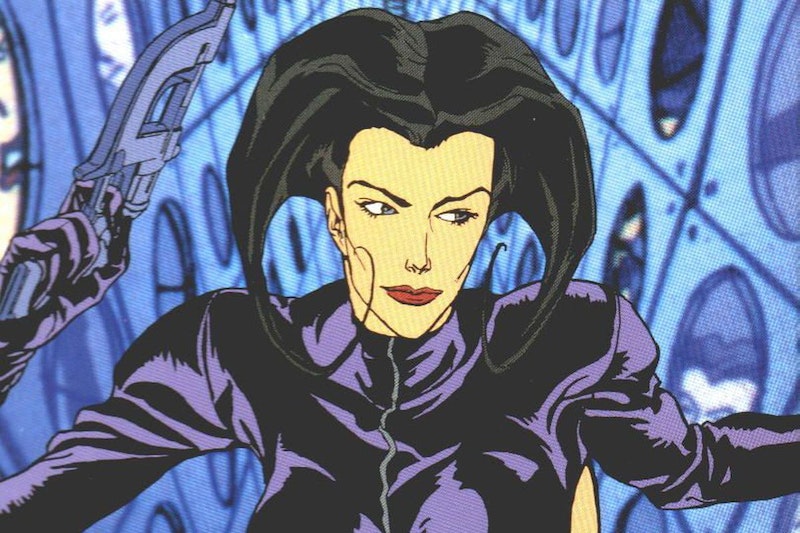 Why do villains always have the best lines? What if I told you that hetero white male privilege existed, but that it wasn’t what you thought? What if hetero white male privilege was the ability to act like a bad person in a Hollywood film and not get attacked by your identity group for giving people like you a bad name? Villains are able to speak freely because they have the privilege to do so. This is a privilege reserved for heterosexual white men who are already seen as evil. You can say things that other people are afraid to if society already believes that you’re a bad person. Otherwise, forget about it, punk.

Take the failed reboot of the 1980s classic (and precursor to Mean Girls) Heathers, a series that was protested and mocked for allegedly punching down. The premise was to turn the popular girls into a group featuring minorities from all over the race and gender rainbow. Since this was considered to be the wrong message, these groups lost their agency according to the critics. It was wrong for non-white heterosexual men to express less-than-perfect behavior on screen. The new message was clear: if you’re overweight, a person of color, or sexually creative; your characters in Hollywood can’t say anything that expresses cynicism or cruelty.

The Little Mermaid featured a badass goth witch named Ursula who’s cast into doom for daring to suggest that souls are poor and unfortunate. Ariel, the film’s putative heroine, is simply trying to escape Ursula’s evil and masculine grasp. Ariel was the prim and proper princess, and Ursula was the hysterical self-hating minority. She was the villain bent on destroying all things feminine and holy. Incidentally, Ursula was overweight, so one really has to wonder. Would Disney’s The Little Mermaid now be considered fat-shaming?

One of my favorite shows growing up was the MTV cyberpunk cartoon Aeon Flux. The lead character Aeon Flux was a badass, but Trevor Goodchild, (the evil fascistic narcissist) had all the good lines. What we really need is an Aeon Flux with Trevor Goodchild dialogue. Hetero white men have Travis Bickle, General Kurtz and Tyler Durden. Yet we’re supposed to settle for that lead character in Gone Girl as the Nietzschean heroine that represents all the Ursulas? It’s only hetero white men who can utter Hobbes and Machiavelli, from Dark City to Snowpiercer. The Xenofemists have attempted to fill the gap by acting as neo-reactionary Marxist philosopher Nick Land’s loyal opposition, yet you’ll never find them in Hollywood.

In Fatal Attraction, Glenn Close is considered to have Borderline Personality Disorder. She’s able to do bad things because she has a mental disorder. There’s always an exception to the rule, and that exception is mental illness! See Fairuza Balk in the last scene of The Craft ending up in a mental institution. See Angelina Jolie in Girl Interrupted. You can be an Ursula if you’re mentally ill. Yet even the Ursula archetype is heterosexual and white, so we are only at the beginning of intersectionality bingo here.

Villains have the best lines because they’re able to speak freely. Villains have the best lines because their free speech is not considered to be holding back their collective. Speaking freely in Hollywood is a privilege for hetero white men, despite the mythology of ancient Hindu goddesses like Kali. Kali is considered to be the goddess of war and destruction, and there’s nothing problematic about that. Women, much like other minority groups in this game of identity politics, should have the liberty to express all aspects of thought and consciousness. Anything else would be literally evil. Come on! Ariel was a stupid bitch and everybody knows it.

—Rachel Haywire is author of The New Art Right.