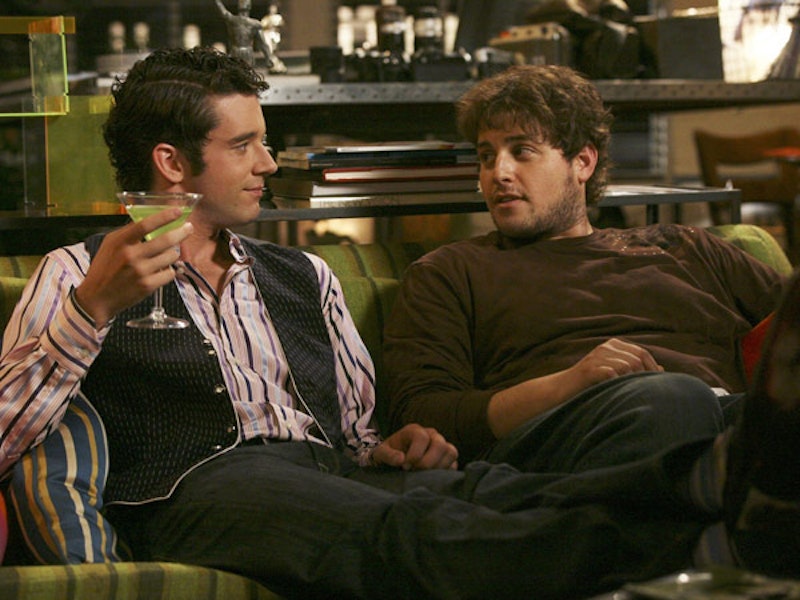 The story always goes something like this: the protagonist is a young LGBTQ person living in a small conservative town, they start secretly dating someone, the couple is outed, the protagonist’s parents disown their child, and the parents eventually learn to accept their child only after the protagonist either attempts suicide or gets violently attacked. The late-1990s and early-2000s were filled with these kinds of stories—from Boys Don’t Cry to The Laramie Project to endless Very Special Episodes—and they were the only examples of LGBTQ representation in the media at the time.

While I appreciate Hollywood’s attempts to humanize LGBTQ people for mainstream cis straight audiences, I always came away from these movies feeling like they were saying, “There’s nothing wrong with you, but your life will be hell if you come out.” I was already bullied daily in high school, so why make it worse by coming out? This is why my mom’s attempts to cheer me up as a child with movies about kids who overcame bullying made me feel even more depressed. She may have gotten me hooked on the Harry Nilsson cartoon The Point, but I didn’t want to be reminded how much bullying hurt me, and didn’t want to be reminded how much the world hated queer people.

The show Glee did a much better job depicting LGBTQ characters, but it still used the Flaky Bisexual stereotype with the character Brittany. The Flaky Bisexual says they’re faithful to their partner, but everyone knows the character will eventually run off with someone of a different gender. In the case of Glee, when Brittany and her girlfriend Santana break up, Santana quickly finds a new girlfriend to whom she says, “I finally have a girlfriend who I don’t have to worry about straying for penis.” This was around the time I stopped watching Glee, but after catching up on episode synopses, I see that Brittany and Santana finally got back together and got married. It would still be nice if the show didn’t suggest Brittany’s love for Santana wasn’t real because of her bisexuality, though.

Fortunately LGBTQ media representation has gotten better within the past couple of years. The Netflix movies Bird Box and The Perfection have gay characters, and Deet from the series The Dark Crystal: Age of Resistance has two fathers, but none of the other characters makes a huge deal about it. Trans characters are also finally getting their due; shows like Orange is the New Black, Sense8, and The OA not only have trans characters, but also trans actors playing them. Even bisexuals are starting to see themselves on TV in a more positive light with shows like Crazy Ex-Girlfriend, Brooklyn Nine-Nine, The Good Place, and The Bisexual. There’s still room for improvement, but at least now we have more options than seeing ourselves onscreen as either tragedies or token best friends only.