Music industry cashing in while it can; David Remnick’s twisted Watergate/Trump essay. 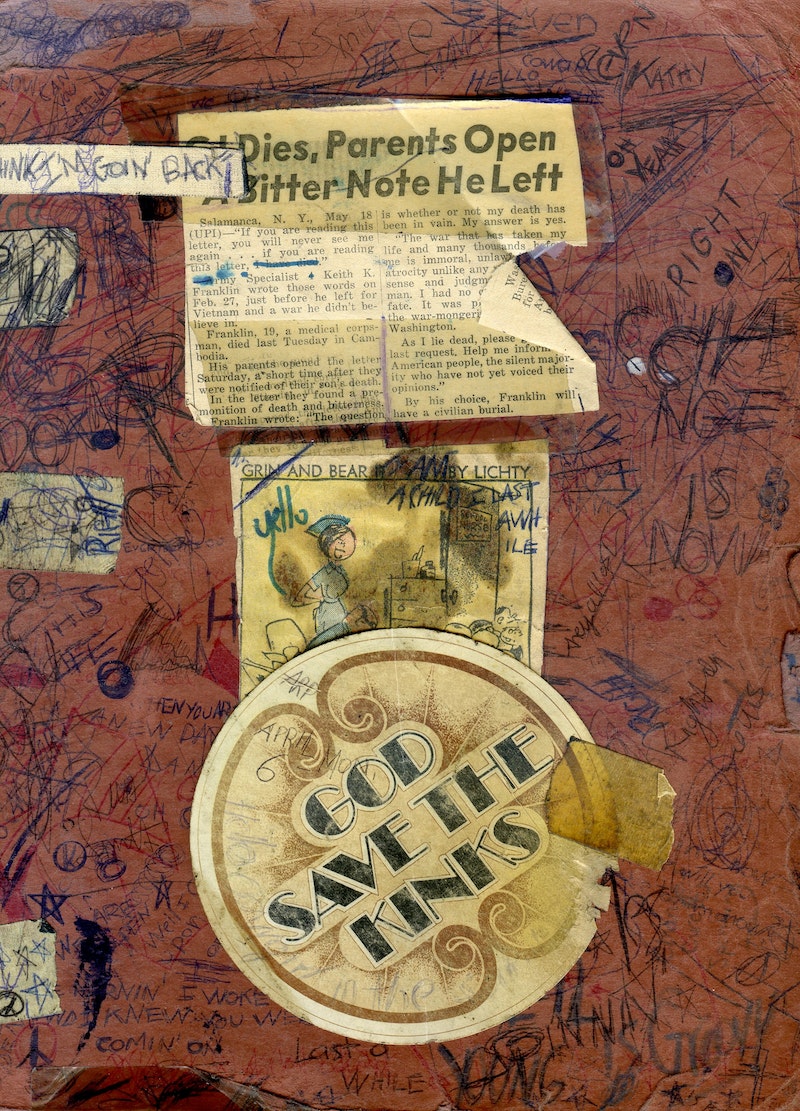 I’m a fairly easy mark for record companies that reissue “deluxe” CD box sets, with unreleased tracks, alternate takes and the like from albums that I bought in my youth. I’ve pre-ordered the Dylan/Cash sessions—Bootleg Series, Vol. 15—that’ll come out Nov. 1 (Columbia’s really moving the product: the Rolling Thunder set came out in June)—even though I have a pretty decent bootleg of the Dylan/Cash duets, the inclusion of John Wesley Harding outtakes locked me in. There’s a dwindling market for CD sales—my kids don’t even have devices to play them on—and so the music industry is counting on Boomers such as myself for sales, realizing that’s a demographic that grows smaller every day.

However, I draw the line at naked cash grabs. For example, in a few weeks a 50th anniversary four-CD box of the Kinks’ Arthur will be available. I’ll pass, since aside from an unreleased Dave Davies solo album from that period (I’m sure there was a reason it never came out), almost all the songs are on a two-disc set I bought in 2011. It’s great: just like the original was, but I don’t need a new copy. Last year, I purchased a two-CD set of The Village Green Preservation Society (pic above is a “God Save the Kinks” decal that came with the record when I bought it originally in 1968) and I play it with some frequency, since aside from Something Else, it’s my favorite Kinks release. I drifted away from the band with 1970’s Lola Versus Powerman and the Moneygoround, since the only killer song was the title cut; and though I bought Muswell Hillbillies, it kind of sucked and I never bought another original Kinks record.

On the topic of reissues, there’s also a 50th anniversary set of The Beatles’ Abbey Road that received a typically over-the-top promo from Rolling Stone. I’ve never liked the record—aside from a number of great tunes on the contentious Let It Be, recorded before Abbey Road, The White Album was the band’s glorious farewell. Anyway, here’s a ridiculous passage from Rob Sheffield’s preview: “’Something’ and ‘Here Comes the Sun’ are heartfelt, but they’re also George making a self-conscious effort to write Beatles songs rather than George songs. If he was trying to beat John and Paul at their own game and shock them into trying harder, he succeeded. [Not so, I’d say, with stinkers like “Oh, Darling,” “Maxwell’s Silver Hammer” and “Because.”] These tunes fired up that restless hunger the lads had to impress each other, which none of them ever really lost, even after the band split.”

One, both “Something” and “Here Comes the Sun” would’ve fit in with Harrison’s first solo record All Things Must Pass; just as the wonderful “Apple Scruffs” from that album would’ve made sense on Abbey Road. I don’t know where Sheffield gets his concept about all this, since George couldn’t be reached for comment. And, to add a decades-long gripe, the Beatles weren’t “lads” by the time they reached the end of their career.

It’s indicative of the media’s rush-to-publish mania that defines the business today that some of the most insightful writers just a decade ago have been snared in the muddle. For example, New Yorker editor David Remnick—at one time a splendid writer (books and articles), no matter if you agreed with him or not—published a confusing story on Donald Trump’s current impeachment woes on October 4.

The headline is telling: “’Stupid Watergate’ Is Worse Than the Original.” Remnick borrowed the “Stupid Watergate” bit from HBO TV host/comedian John Oliver, a reliably liberal confederate, but hardly an “expert” (admittedly, there are thousands of “experts” on social media) on government matters. I doubt that when Remnick was writing sincere, if hagiographic mash notes about Barack Obama 10 years ago, that he would’ve even considered, say, Charlie Rose, as a credible foil.

After reading Remnick’s story, I’m still not sure if he thinks Trump, and his various scandals, worse than the “umbrella” Watergate trove of illegal activities by Nixon. It doesn’t help that nearly a quarter of the story is consumed by a brief interview with Carl Bernstein, a man who obviously knows Watergate cold but since his deserved glory days in the mid-1970s hasn’t produced much else of note, aside from providing tabloids with tidbits of his untoward behavior.

Bernstein tells Remnick: “Trump has brought the cold civil war to the point of near ignition. It’s much worse and deeper than just polarization. It’s not just political, it’s cultural. These are different times than the Watergate era. We’re a different people than we were in 1972 to 1974. And the Republican Party is a different party.”

Stunning ruminations, some might think, but it’s unoriginal off-the-cuff comments from a man who’s probably tickled that his words are reproduced in The New Yorker, even in its reduced state. Of course “we’re a different people” than the early-1970s. Nearly half a century always changes a nation. And the Republican Party is different today—less accommodating with the opposition, probably more narcissistic and definitely more confrontational. The same could be said for the Democrats: it’s the cycle of politics.

Remnick rattles off the highlights of Nixon’s truncated tenure: the dirty tricks against presumptive 1972 front-runner Ed Muskie; the Daniel Ellsberg break-in; the matter-of-fact anti-Semitism and racism caught on his tapes; the slush funds during Watergate proper; the wide belief that Nixon held talks with the North Vietnamese before the 1968 election; the bombing of Cambodia (was that his “secret plan” to end the war?), flagrant wiretapping and spying, and the daily death counts from American soldiers in Southeast Asia.

Say what you want about Trump—and much of it’ll be true—but for whatever reason he hasn’t led the U.S. into a new war (unlike Ellen DeGeneres and Michelle Obama’s buddy George W. Bush) and that’s at least one point in his favor.

Remnick: “Trump’s shamelessness leaves Nixon far behind. There is every indication that Trump cares only about his personal fate, and little about the diplomatic or economic consequences to the country.” Translated: Trump is slimier than Nixon—a real achievement—and couldn’t care less about the protocols of the Permanent Government in Washington, unlike Nixon, who still upheld those conventions even when he knew his goose was cooked. Nixon believed in the conservatism of his time; Trump believes in Trump. He’s an aesthetic horror, but not on Nixon’s level.