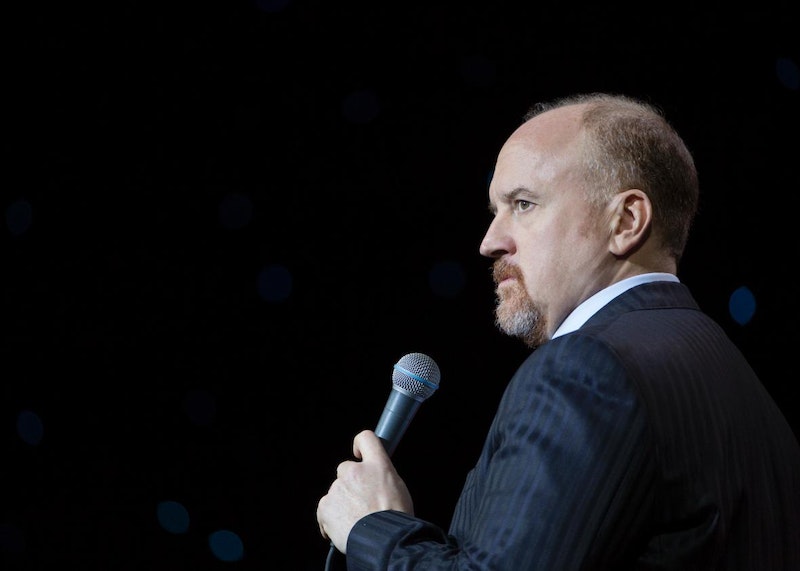 Word is that Louis CK’s heading for a Weinstein. Some people are going to start giving interviews, and he’s going to have respectable opinion landing on his head. Before that goes down, I’ll get in the first blow. It concerns a minor issue, but one that bothers me. Louis CK has been on both sides of the cell phone debate. Now he hates them, but he used to have a rap about cell phones and gratitude. His line was that miracles were being wrought by technology for our convenience, and we had to whine like bitches because our convenience wasn’t perfect. A call didn’t get through—so what? Look at the big picture and get beyond yourself.

Being fretful, I’ve thought of this routine every time a promised service wasn’t done right or never came through. The world operates according to ancient rules, and one is that most things don’t get done as they should be. The flipside is that people who pay for correct performance often get shorted. This fact is wearisome, familiar, and eternal as mosquito bites. It’s life-long and can seem life-determining. It’s as big as Louis CK’s big picture of bouncing signals and satellite relays. Bigger, because it’s tied to a moral truth, whereas the CK panorama is material only. Physical reality is being elaborately bothered to produce our desired ends, so he tells us to step back and feel our smallness. No, this is a fraud. What’s going on is the usual story. The cell phone company, for its own self-interest, undertook to perform these elaborate actions. It assured us it could perform them so well that it could be trusted with our money. With our contract signed, the company then found it couldn’t always perform its duties that well. Calls got dropped. I mean, damn it!

If Louis CK is bound for the guillotine, I’ll be more sad than anything else. People muse over the moral calculus of Harvey Weinstein and Woody Allen. Their misdeeds are real, we’re told, and yet look at The English Patient and The Purple Rose of Cairo. All right, look at them. I don’t see so much. Weinstein can boast about Pulp Fiction, and Woody of damn little after 1975. Thus for their greatness. But Louis CK is usually worth listening to, and that’s not a common thing. If he’s a scumbag, somebody worthwhile will have turned out to be, not just worthwhile, but also a scumbag. Such developments are puzzling and instructive but also dispiriting, and I’d like to avoid them.

I suppose now I prepare for the wrench by going sour on him. But that cell phone bit has always bothered me. When it’s 45 minutes and you’re waiting for the cab, see what that sort of thought does to your head.