No Liberal Bias to Weinstein Jokes 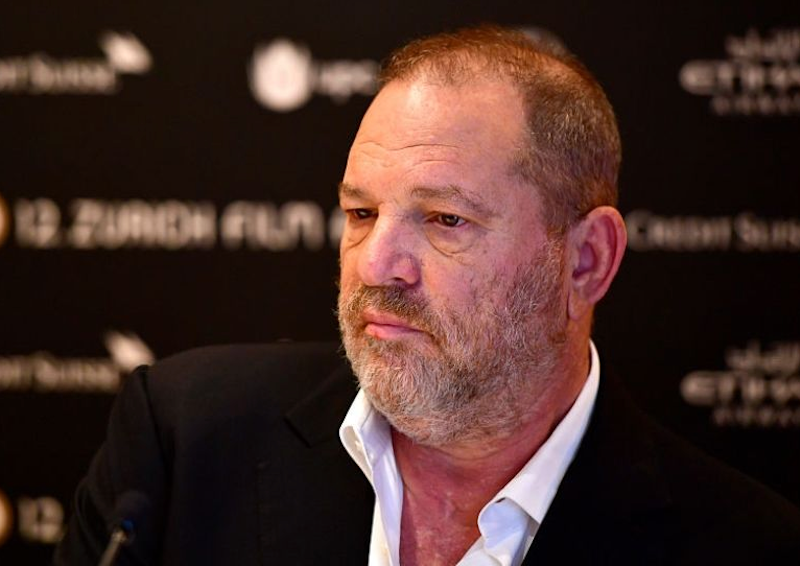 The revelations that Harvey Weinstein engaged in a widespread pattern of sexual abuse over decades, had a wide variety of repercussions. Weinstein committed vile crimes, and many people—from his employees to collaborators in the media to police and prosecutors—failed to do their part to stop him.

Sexual abuse in Hollywood, we’ve learned, is more significantly widespread, in the very recent past, than what has typically been believed. The scandal has roped in huge names like Ben Affleck and Oliver Stone and likely many more to come, while also revealing that a lot of promising actresses who suddenly dropped out of sight years ago did so for a very specific, horrifying reason.

Yet for some reason, late night comedy shows, in the first few days of the scandal, mostly avoided jokes about it. The Weinstein story broke in The New York Times on Thursday, October 5. On Thursday and Friday nights, the network late night hosts avoided the topic in their monologues, and Saturday Night Live did not address Weinstein on its October 7 episode.

The reasons why seemed obvious: Sexual harassment, assault, and coercion, as well as the specifics of the Weinstein scandal, are a fraught subject, and not exactly topics that lend themselves to easy humor, with the potential for tastelessness. Mel Brooks and others have said that any topic can be made funny, if done right, but this particular one represents a huge challenge with a large margin for error.

In addition, Weinstein, prior to the scandal, wasn’t a household name among those who don’t follow the inside goings-on of the Hollywood and New York media worlds, which in a nationwide audience, is most people.

The reason there weren’t any Weinstein jokes in those early days was probably the reason any comedy show avoids any topic: they couldn’t come up with any good jokes or sketches that were worth including. Indeed, it was reported a few days later that Saturday Night Live had included some Weinstein material in the Weekend Update segment on the 5th but pulled the jokes after they failed to draw laughs in the show’s dress rehearsal.

However, the mainstream conservative position soon become that the late night shows were either protecting Weinstein because he’s liberal, or afraid to cross such a powerful mogul, or, I guess, that the left somehow secretly approves of rampant sexual abuse, in the tradition of the bogus “Pizzagate” scandal. That, and that Weinstein’s donations to Hillary Clinton and other Democrats were the most salient and important part of the whole story.

Donald Trump, Jr., pushed this narrative on Twitter for days—apparently forgetting the many things his father was once accused of—as did just about every low-to-mid-level right-wing pundit. This was supposedly strengthened when SNL boss Lorne Michaels told a Daily Mail reporter, at an after-party after the October 5 show, that the show avoided mockery of Weinstein that night because “it’s a New York thing.”

Did this mean SNL was avoiding Weinstein jokes because they don’t like to go after New Yorkers? Probably not; the show over the years has often made light of the sex scandals of New York figures, including liberals such as Eliot Spitzer. SNL has been no stranger to Woody Allen jokes and the show has availed itself of Bill Clinton horndog humor for going on 25 years. “It’s a New York thing” pretty clearly referred to the belief, in the scandal’s early days, that the Weinstein story wasn’t of that much interest outside of New York. And besides, what would be the point of such “liberal,” “New York” institutions as Saturday Night Live and the Late Show with Stephen Colbert “protecting” Weinstein, when the Times and The New Yorker didn’t?

Whatever unofficial “prohibition” existed on late night Weinstein humor was quickly lifted, however. John Oliver went off on Weinstein on Sunday night (the 8th). The network late night hosts followed early last week, coinciding with the arrival of The New Yorker’s even more damning Weinstein expose. Samantha Bee—who some were not aware airs her show only weekly—teed off on Weinstein Wednesday night. And Saturday, SNL hit Weinstein with both a full sketch about sexual harassment and four minutes of Weekend Update monologue jokes.

So were critics satisfied afterwards? Of course not. “Funny how SNL Weekend Update could only come up with 3 Harvey Weinstein jokes and 5000 Trump jokes,” New York talk show host Mark Simone tweeted. “Even NBC's comedy news is biased.”

This just shows how disingenuous so much right-wing pop culture criticism is. These people, in one breath, hate these shows, hate these comedians, believe they’re hopelessly liberal and biased and unfair, but in the next breath, make angry demands of those same comedians and shows. It’s almost as if they’ll never be satisfied no matter what. Even Trump, last week, appeared to propose the establishment of a Comedy Fairness Doctrine.

Of course, Sunday night offered vindication for those who held off on the Weinstein jokes: Broadcaster Al Michaels, while announcing the Sunday Night Football game on NBC, made an ill-advised crack that the injury-riddled New York Giants were “coming off a worse week than Harvey Weinstein.” The joke came in the third quarter, and caused such an immediate uproar that Michaels had to apologize in the fourth. This came just a couple of days after a late night host, James Corden, apologized for Weinstein jokes he had made at a charity dinner.

What jokes were or were not made about Weinstein isn’t an especially important aspect of the overall scandal, nor is it anywhere close to the saga’s biggest outrage or injustice. But that doesn’t mean there’s any truth to the myth that liberal bias caused a lack of timely Weinstein jokes. And perhaps those who held back their jokes in the opening days had the right idea after all.