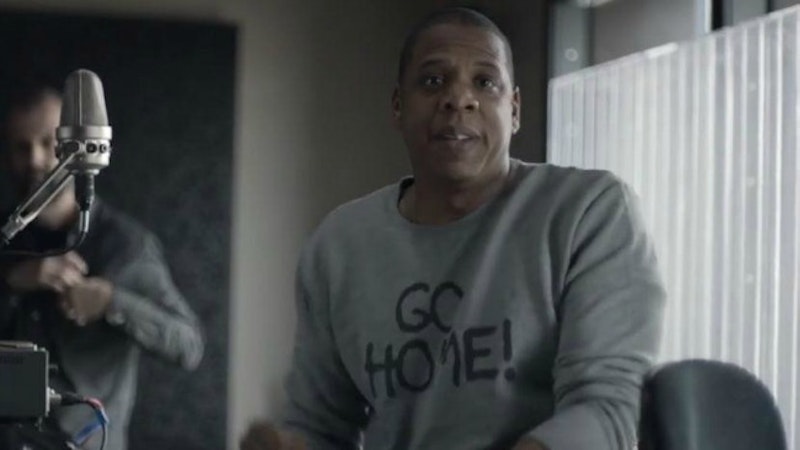 00:08: I keep picturing the ghost of Kurt Cobain leaning against the window in the background, arms crossed, smoking a Marlboro.

00:16: "Even the smallest person can have their voice heard—by millions!" Whoa, nelly! What is this new technological innovation making that possible, and how can I get in on the action?

00:18: "Oh yo, hey, what's happening, Big Cray? Man, I'm treating you to a steak dinner tonight, with all the trimmings, for real. Why? Because by calling to let me know that my tuxedo was ready just now, you saved me from having to sit through the most vapid wannabe inspirational spiel, ever, by anyone, about anything."

00:21: Will there be an accompanying "LSD" app for the Samsung Galaxy that allows the user to mentally cause Rick Rubin's beard to thicken, expand, and consume him whole?

00:39: Everyone you see putting pen to notebooks and legal pads in this commercial is busy brainstorming, conceptualizing, putting "the new rules." A change is gonna come.

00:56: The beat playing in the background of this abomination is like sub-Ocean's Fourteen porn-swing funk that nobody who has heard Jay-Z albums in the past actually wants to hear on a new Jay-Z album—and inevitably, once the song surfaces on the new Jay-Z album, the listener will be reminded of the half-baked advertising campaign that was intended to roll out the new Jay-Z album.