Is America Ready to Embrace Transgenders? 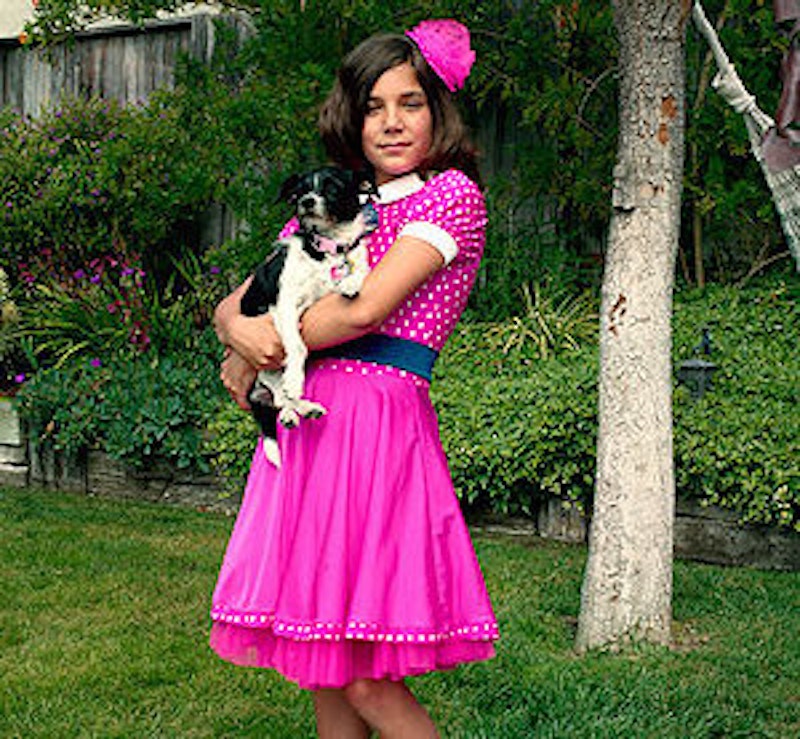 The speed with which America is moving to abandon traditional gender roles can seem dizzying. Last week's landmark Supreme Court decisions on gay marriage are one major signpost, but others are all over. For instance, this week's People featured a story titled "Becoming Nikki," about a 12-year-old coming out to family, friends, and schoolmates as a girl after spending her early years as a boy.

Nikki's family, her school, her community, and, for that matter, the article's author, Nancy Jeffrey, couldn't be much more supportive of Nikki and her decision. Certainly, Nikki's parents were torn and confused at first when the two-year-old they thought was a boy began to insist, "Mommy, I'm a girl," when she was tucked in each night. But it appears they've completely come around at this point. "I'm still grieving the loss of a son," Nikki's dad Barry says. "But I've come to understand she's been a girl the whole time. The cool thing is, she's right here and she's more alive than she's ever been."

In the article, that quote from Barry is highlighted and placed above a picture of Nikki with long hair, wearing a pink, polka-dotted outfit with a similar bow in her hair, spinning so her skirt flares out. She looks radiant and extremely feminine. The contrast with the baby picture which opens the article—in which "Niko" has a short haircut, a blue shirt, and looks very much like a boy—couldn't be much more eloquent.

But… eloquent about what?  The contrast is obviously a deliberate choice on the part of People—the images which bookend the article are there to show us something. Specifically, they're supposed to show how Nikki has changed. She was a boy, the pictures say, and now she is a girl. Isn't that transformation amazing/sweet/inspirational/cool?

Again, it really is inspiring that Nikki's family has been able to accept her, and it's kind of amazing that we've reached a point where a mainstream magazine frames it primarily as inspiring, rather than as a freak show.

But the temptation to frame it as a freak show isn't entirely gone either, and those pictures show that it isn't. In that quote, Barry is careful to say that his daughter has always been his daughter; they may have thought she was a boy, but that was a mistake. The pictures, though, aren't as circumspect. The caption to the picture of Nikki at three refers to her as "Niko," even though, Jeffrey tells us, the family always refers to her as Nikki, even when discussing the period when they thought she was a boy. And it's not an accident that we have picture after picture of her in that insanely girly dress. People wants to be sure we see her as her—and it does so by photographing her in a way that emphasizes traditional markers of femininity.

I'm guessing Nikki does, in fact, like wearing pink, and that she identifies with some traditional markers of femininity. Lots of girls like princesses; there's no reason that Nikki shouldn't. But I'm also sure that Nikki has less girly outfits, and that she has interests and enthusiasms which are not traditionally girly, because people just don't fit into boxes that easily. Some day, Nikki might be a firefighter, scientist or an athlete, and she probably won't be wearing that dress the whole time. But she'll still be a woman.

If the People article shows how far we've come in acceptance of transgender people, it also shows how persistent notions of gender can be. People is willing to accept Nikki as a girl as long as she does the things girls are supposed to do. But the image of her from when she was three is labeled as "Nico" and presented as male—even though, according to her own account, and according to her family, she was as much of a girl when she was wearing that blue shirt as when she was wearing that pink dress.

Women and girls wear gender-neutral clothing all the time without ceasing to be female. But people (and, apparently, People), can be leery of following through on that logic for transgender people. If you were born a female, the logic goes, then it doesn't matter what you wear or how you act. But if you're transgender, you need to be in a pink dress, because otherwise how could we tell?

And yet, it's quite clear that Nikki could tell. Despite her body, despite her clothes, despite the insistence of those around her, it seems like just about the first thing she did know was that she was a girl. Julia Serano argues that people have a "subconscious sex," a deep-seated understanding of what gender they are. For most people, that subconscious sex corresponds with the sex they're assigned at birth. For Nikki, it didn't. That may well have some effect on the clothes she likes to wear and the things she likes to do.  But it isn't predicated on them, any more than I'd be a woman if I wore a dress.

People is trying to make sense of Nikki's experience by suggesting that gender expression is more important than bodies; that what Nikki does or wears matters more than what genitals or chromosomes she happens to have. But surely if Nikki is a girl in spite of her chromosomes, she's a girl in spite of whatever she wears, or whatever she happens to do. Even the formulation "in spite of" doesn't quite seem right—it's not that there are these other things that would make her a boy, but she struggles past them. It's that she's a girl, and whatever she does is part of being a girl.

It's become a cliché to say freeing ourselves of gender roles requires the realization that gender isn't real; that it's just a social construct. But Nikki's experience suggests that our problem isn't that we think gender is too real, but that we fail to see just how real it is. We want gender to be bodies, actions, or emotions, but it's more solid than any of those. The problem isn't that we force people into gender roles, but that we insist that gender is a role, or a body, rather than something that comes before either, and gives—disparate, surprising— meaning to both.