Back Up On My Fake Seinfeld Shit 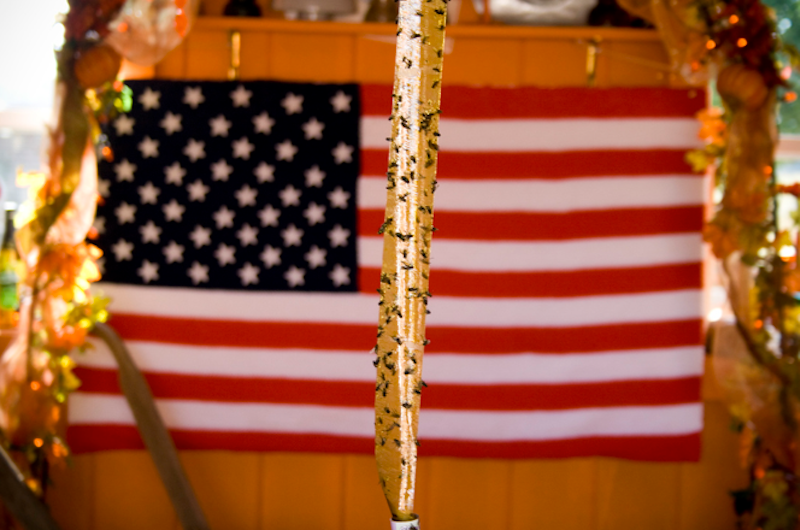 Humidity, Insects: You never truly miss something until it's gone, and as June bleeds into July and I'm readjusting to life in the wilds of Pennsylvania, what I'm missing—more than a lot of things—is a humidity- and insect-free existence. Oh, sure, Texas is hot. But a 106-degree late afternoon in a dry heat beats an 85-degree late morning where outside you're swimming in humidity and you're sweating bullets while sitting on a plywood stoop, not even actually doing anything, and so 10-15 minutes after you've urged the boy and his cousin to put down the tablets and venture outside to play sports or tag or whatever, you're ready to concede defeat and herd everybody back inside because the climate is so fucking ungodly. And then on the days when it isn't so fucking ungodly, the days where it's comfortable for the adults to throw the Nerf football around like 18th-string NFL finalists, the gnats and mosquitoes and flies are feasting on you as though you were the Last Supper or something.

Plastic Toilet Seats: Plastic toilet seat lids have their advantages. Okay, one advantage: they’re less loud than porcelain, ceramic or heavy plastic lids, which means if one slips free of your hand and strikes the bowl, you're less likely to startle or scare other people nearby. But: what if you're in the bathroom and you don't need to go to the bathroom? What if you're cleaning the edge of the tub, you're getting some ideas down on paper or on a faux paper phone app, or just want to sit in there by yourself to get some thinking done? Then you sit on the plastic toilet seat and—unless you're a toddler or in zero gravity or something—your weight depresses the lid dramatically enough that it seems possible that you could actually break it, and maybe fall into the toilet. And so you look around nervously and settle yourself on the edge of the tub because, well, why take the chance?

Dropped Calls: Maybe it's because I became a cellular phone user fairly late—cf. 2002—or because, honestly, I'm just not much of a telephone person, or because I am fortunate in ways that don't much matter, but I haven't been the victim of too many dropped calls. Here and there, you know: the signal cut short by a tunnel or an overpass, or straying out of cell range. Usually when it happened it was just a minor annoyance, quickly forgotten, so I never much related to actors in dumb television commercials whose crucial conversations were lost to an errant connection. Until Sunday afternoon and the entirety of Monday, when my service insisted on crapping out, repeatedly, first during a call to my mother, then one to my father, then a handful of work-related calls of some significance. In every case, I was able to talk to the other person for 15 to 25 minutes before signal rot kicked in; thereafter I'd stay connected for three to five minutes at a stretch before that tell-tale silence kicked into gear, sending me sprawling again into that uniquely and incomprehensibly Siberian silence only telephony can engender, one where the disconnected always feels somehow to blame, even if he or she ultimately is not.