It’s only a matter of time before gay marriage is so insignificant that nobody will talk about it anymore. 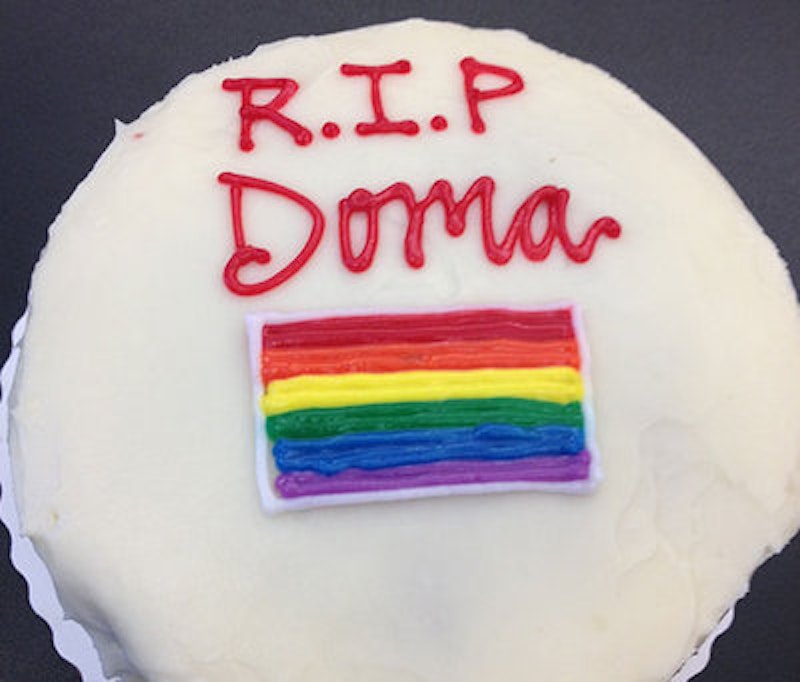 Almost a decade ago, while I was college student living abroad in France, I was in a serious relationship with someone I cared about a lot. I know, I know—what do you know about relationships when you’re 20 or 21. But it was sort of my first real successful relationship. We were so enamored with one another that I talked to him about getting married and moving to the United States with me. I don’t know what I was thinking. This was 2004, and at that time gay marriage wasn’t legal anywhere in the country. Even though I was in college, I hadn’t paid much attention to “gay marriage” or whether I could get married like straight people can. I assumed I could.

If you’re American and you marry someone from Spain, your partner can apply for a Green Card under your sponsorship. I should be able to do the same, I thought. I did some Internet research on gay marriage and immigration, and that’s when I first found out about the Defense of Marriage Act. I was devastated—so devastated that I cried and wrote a letter to my professor in the States about how upset I was. I never felt like a second-class citizen until that day.

A straight person can import their foreign loves but a gay can’t? That’s some bullshit.

That’s why I was so excited when the Supreme Court struck down the Defense of Marriage Act on the heels of the gay pride parade festival in New York, symbolically the most important stop on the gay pride circuit. In 2011, just before gay pride, New York’s Gov. Andrew Cuomo made gay marriage a thing in the state. Two years later, here we are celebrating the overthrow of DOMA.

Though I’m no longer in a relationship with that boy, and we have lost contact over the years for the most part, I can’t believe that I lived to see the day when it would have been possible to bring him to the United States.

I know that most marriages, and certainly most gay marriages, are not international, so the immigration thing doesn’t affect a wide majority. It’s more about the symbolism, and the freedom to have our marriages recognized Federally—who the fuck cares if your state doesn't like it. Now gays have a few options. They can get the hell out of states like Missouri, with constitutional bans on gay marriage, and roll over to beautiful California where they can get married in the sunshine and reap the Federal benefits. Or they can just go to California, get married, move back to their home state and still have their marriages recognized, because it’s Federal this time, bitches.

It’s only a matter of time before gay marriage is such an insignificant thing that nobody will talk about it anymore. But as long as I wear lace fronts and glitter body suits, I will never forget the day DOMA was struck down. I followed the trial closely. I watched Rachel Maddow and listened to all the political pundits. I told myself that there was no way DOMA was going to be upheld, especially when Justice Elena Kagan showed that it was rooted in moral discrimination. "I'm going to quote from the House Report here," Kagan had said "... 'Congress decided to reflect and honor of collective moral judgment and to express moral disapproval of homosexuality.' Is that what happened in 1996?"

After this brilliant little nugget, DOMA didn’t stand a chance. This is not an article about why we need gay marriage, because I’m getting a little sick of making that argument and I think people are tired of hearing it. What I am saying, though, is that it feels awesome and even unreal to have lived through the next stage of human rights, to see all the lobbying for change actually happen. To know that in 2004 no place in the States offered gay marriage, but now 13 States and D.C. offer it in less than a decade.

That’s America for you, and we are ‘bout to be way more fabulous because of it!