Lena Dunham and the Marshmallow Plain

A look at the auteur’s public apologies. 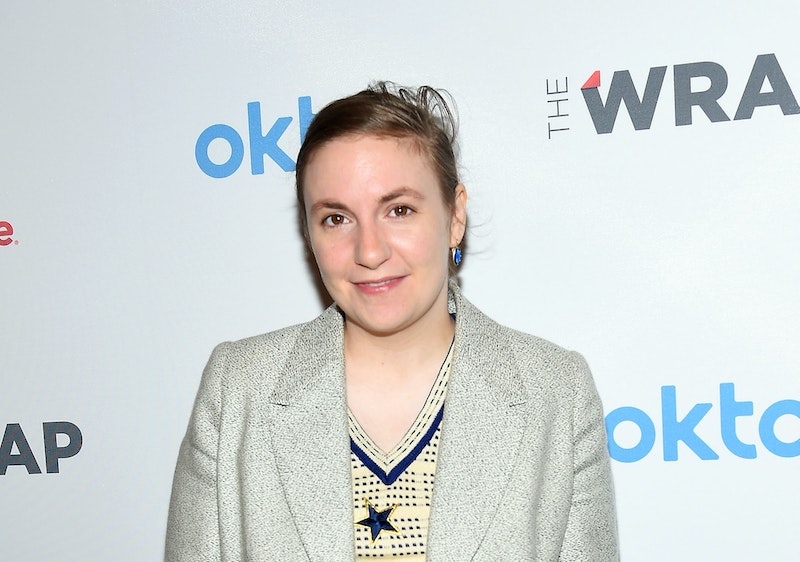 I have an insight into Lena Dunham. “She speaks, usually unbidden, with complete moral and philosophical authority—until she’s called out online, at which point she furiously and pathetically backpedals,” says an op-ed in The New York Post. But wait. I say sanctimonious Dunham is just the girl repeating her lessons. She doesn’t take herself to be an authority on rape claims or racial justice. She says the approved thing because the approved thing is good to say. By saying it she shows everyone that she recognizes the approved thing, and gets more airtime for the approved idea out in the culture (as she might put it). Dunham isn’t a leader, she’s a prominent follower.

The difference shows up in the very phenomenon the Post remarks upon. Look at a round-up of Dunham apologies and it’s clear how she sees herself: as somebody there to get knocked on the head and told what to say. If enlightened opinion dog-piles her on Twitter, she sucks it up and goes with enlightened opinion. Consider her response to the outrage that followed a joke she made about abortion. “You know how in some households you curse and have to put money in a jar?” Dunham said. “Well in mine, if you mess up your pro-choice messaging you have to give a sizable donation to abortion funds.” Dunham looks on talking as messaging. When she emits words, the emission must increase society’s quota of right thinking. Otherwise the harm must be made up by money steered in the right direction, as with a carbon tax. The college-educated left tends to look on everything as a chart or some other type of schematic. Dunham, when high-minded, takes this view of the products of her own mouth. That’s her version of rising above herself.

When Dunham missteps against orthodoxy, it’s because she inhabits the playtime mental world of the creative, “gifted” kid at a fancy liberal-arts school. “My words were spoken from a sort of ‘delusional girl’ persona I often inhabit, a girl who careens between wisdom and ignorance,” Dunham said after her abortion joke. When trying to dig herself out, the special one changes her tone but not her gear. It’s impossible to believe anybody read over her apologies and other public statements, documents that were burbled by means of typing. They unreel in first-draft prose woolier and more elevated than Gene Rodenberry dictating memos after a joint and a Scotch. There’s “Not only was the report horrifying; it made clear how hard it is to come forward and the complicity of so many,” and “My latest podcast episode was meant to tell a multifaceted story about reproductive choice in America,” and “incidences of the culture, in its enthusiasm and zeal,” and “During the windfall of deeply necessary accusations we have been thrilled to see so many women’s voices heard and dark experiences in this industry justified.”

You saw the voices being heard? The awful experiences were justified? The accusations were a windfall? Come to think of it, how to reconcile “believing women is the first choice we make every single day when we wake up,” with “My life is and always will be devoted to reproductive justice and freedom”? That’s what her life is devoted to, but every day she thinks about something else when she wakes up. And if you’re determined to believe women, it’s odd to talk about the “long and often violent history of the over-sexualization of black male bodies—as well as false accusations by white women towards black men.”

What all three statements mean is “I believe in what you’re supposed to believe in, and I believe it very hard.” Dunham’s writing resembles a landscape littered by marshmallows the size of cinderblocks. The marshmallows have been lugged and heaved toward one another, and then left in a series of tumble-down ridges and piles. They’re gray and so is the horizon, and over both there blows wave after wave of a smell resembling a perfume that was bought someplace fancy like Bali and bottled somewhere cheap like Guangzhou. It’s a wasteland, but she’s at home there. The kid’s lost but doesn’t know it.