A new Netflix documentary explores the making of Man on the Moon. 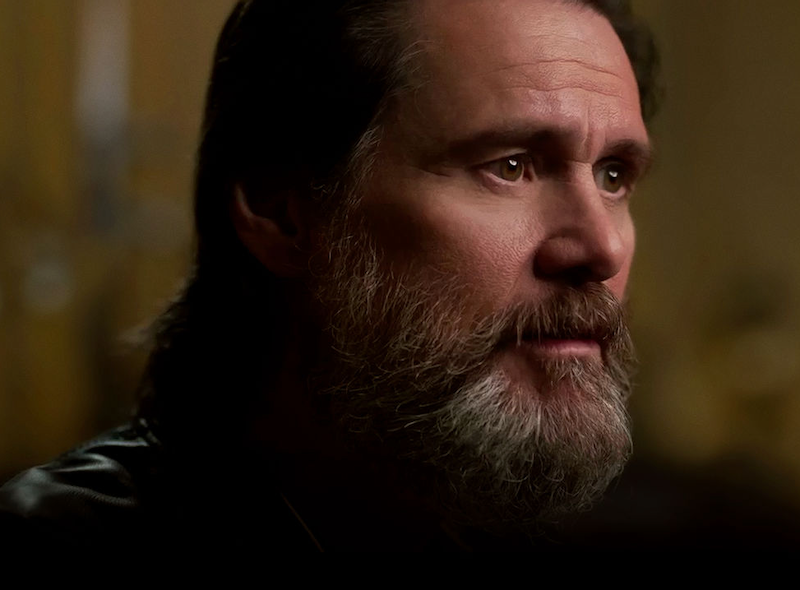 Andy Kaufman was a polarizing comedian who lived for pushing people's buttons. He got away with it for his entire career, which is a testament to his unique talent, but it's not an easy trick to pull off. When Jim Carrey had the opportunity to play the deceased comic/performance artist on the widescreen, in the 1999 Kaufman biopic Man on the Moon, perhaps he saw it as an opportunity for some transgressive behavior. Director Chris Smith used 100 hours of footage from the set of the biopic to make his Netflix documentary, Jim & Andy: The Great Beyond —Featuring a Very Special, Contractually Obligated Mention of Tony Clifton. Carrey stayed in character on the film set throughout the shooting of Man on the Moon, either as Kaufman or Tony Clifton, the hideous and repellent lounge singer Kaufman created as his comic alter ego. Smith presents the results, which are strange and entertaining.

The director weaves several stories together to produce a complex, multi-layered piece of work. There’s footage of both Kaufman and Carrey at work early in their careers, including a clip of Kaufman doing his well-known Mighty Mouse lip sync routine and also him reading The Great Gatsby in its entirety in a vaguely British accent to his audience. Carrey is shown on Johnny Carson’s The Tonight Show and on the comedy television show In Living Color. Clips from his film performances are interspersed throughout the film.

Carrey, sporting a mountain-man beard, narrates the documentary. He says he was perfectly suited to play Kaufman because he also spent much of his childhood alone in his room developing his comedic routines. “I know that guy. I know him as well as I can know him. But who do you know, even when they're right in front of you,” the actor asks, sounding philosophical, as he does throughout the film.

The clips of Carrey acting out in his Tony Clifton character on the set of Man on the Moon may turn some viewers off as self-indulgent, while others will respect the actor willing to go to great lengths for his art. Carrey refused to speak to director Milos Forman as himself for the entire shoot, causing him great frustration. When the director expressed his feelings, Carrey, in one of the more revealing moments in the film, explains that he could “fire” both his Andy Kaufman and Tony Clifton characters and do imitations of them, because he was a pretty good mimic. Forman got the message and let it go, but the film captures his continued anxiety.

Kaufman’s real-life sister comes to the set, and Carrey speaks to her in character, telling her the movie's about “healing for everyone” and embracing her. It's a unique vignette. The actor says he didn't know what was real during the shoot, and then explains how the man playing Kaufman’s father came in the makeup room and started screaming at him one day. Smith, however, included that confrontation in his film and Carrey’s the one doing the screaming, looking quite deranged. The makeup woman cries, saying that their interaction reminded her of ones she’s had with her father. It appears to have been one of the weirder and more unpredictable film shoots in Hollywood history.

One of the layers of Jim & Andy is Carrey’s ruminations on his career and various philosophical questions. He tells an anecdote about director Michel Gondry telling him he looks “broken,” and requesting that he stay that way for a year until the filming of Eternal Sunshine of the Spotless Mind would start. “That's how fucked up this business is,” says the actor. The bearded Carrey is a different man than we're used to seeing, and he gives hints about the spiritual journey he's on now and past disillusionments. He makes no effort to hide his distaste for Hollywood, which is plastic and dehumanizing to him.

After a clip of the Tony Clifton character appearing to be drunkenly passed out in a trailer on the movie set, Smith asks Carrey if Clifton was really drinking on set. “I don't know,” the actor responds, with a sly smile. “He stunk to high heaven though.” The actor's still holding onto secrets, making it a little harder to take everything appearing in this film at face value. What else are we seeing that may not be real? Perhaps the footage of wrestler Jerry Lawler confronting Carrey’s Kaufman and threatening him after the actor had taunted him on the set one day was all manufactured emotion, though we're led to believe it was real. Lawler complains onscreen that, while Kaufman was always polite to him when the cameras were off, Carrey was rude, but who knows if that's really the case? Pro wrestlers are accomplished play actors, plus an element of ambiguity may be inevitable when Andy Kaufman is at the heart of a story.

Near the end of Jim & Andy, Carrey speaks of his new zen-like approach to life. He's already had it all, and found it disturbing when that left him feeling empty. Over footage of his portrayal of a frail Kaufman near death from cancer, the actor speaks of being fascinated with disappearing. Making Man on the Moon was a safe haven for him—a place to escape the chaos and alienation of his Hollywood life and lose himself in the persona of someone he admired. There's no doubt he still has thoughts about returning to that refuge. Early in the film, Carrey tells Chris Smith that, if he had his choice, Man on the Moon never would’ve ended.