Jerry Seinfeld and the Mechanics of Comedy 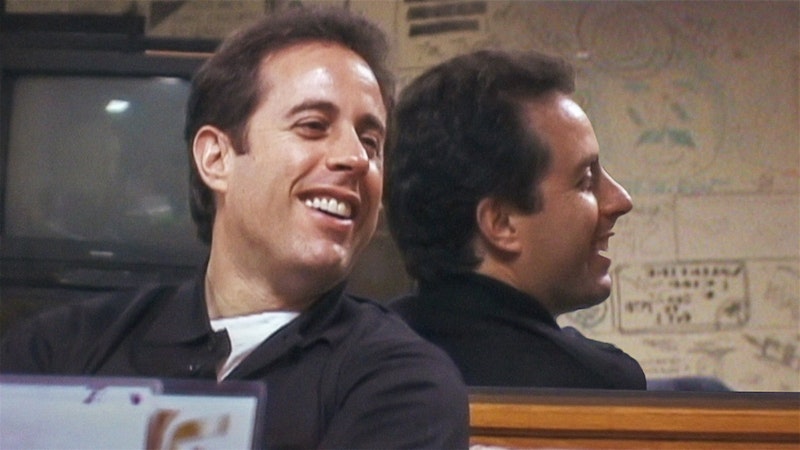 When all the world’s stages are safe places, when the tragedy of life is that none of the players are comics, when comity is the enemy of comedy, everywhere’s a college campus: a land of speech codes, trigger words, and grief counselors.

One comic who refuses to abide this environment is Jerry Seinfeld, because the sounds he loves are a crime his critics hate. The sounds not only of laughter and applause, but of Germans and Italians screaming at each other.

The sounds of the descendants of master engineers who share a torrid past and a storied history, starting with service on behalf of the failed architects of a “master race” and beginning anew with the sounds of gentlemen starting their engines. The sounds of sundry Porsches and Ferraris, and Cadillacs, Corvettes, Volkswagens, and Mercedes-Benzes too.

Such is the sound of each episode of Seinfeld’s “Comedians in Cars Getting Coffee.”

True to its title, and yet more than the sum of its comedic or automotive parts, the series suffers the occasional breakdown—a stalled DeLorean with Patton Oswalt, a temperamental trip with Steve Martin—but achieves transcendence when certain guests do their respective bits.

The bits form a set in the same way a person brews a cup of coffee. The result is mild, bitter, or strong, regardless of whether a waitress pours it from a glass decanter with an orange handle or a barista roasts it in a drum with more gauges than all the knobs and needles inside Seinfeld’s most exotic car. The result is always distinctive, but never tasteless, not even when—especially when—a comic like Norm Macdonald turns tastelessness into fun.

That Macdonald gets Seinfeld to laugh until he cries, based on a story whose punchline is the punch, the sucker punch at the end of a story about something unfunny, the murder of prostitutes; that Macdonald’s joke is in the delivery, that what he says reads like tragedy and sounds like comedy, is a testament to ingenious timing.

Macdonald hits Seinfeld again, on “Macdonald Live,” with a bit about Richard Nixon and David Frost… and wigs. In both segments, and in his conversations with Robert Klein and Steve Harvey, Seinfeld values irreverence. He reveres Klein’s disregard for decorum, he relishes the chance to see him perform, he revels in the performance Klein delivers as an “opera pimp”: a white man in black voice, or a white man voicing a black character from a decade that matches Klein’s age, the 1970s, in which the pimp has a retinue of female opera singers (Klein’s ex-wife among them) in New York City and San Diego.

Steve Harvey has a similar aversion to political correctness, despite his apologies for being so offensive as to be funny. He answers the why behind his apologies by making a joke of the need to apologize. Because he has a talk show, and because his sponsors need to satisfy the demands of viewers, Harvey explains why companies need to sound righteous. The apology is a lie, the righteousness a ruse, which is why some comics—the ones rich enough not to work—will never apologize.

Ricky Gervais is that comic. His bit about Christmas at Auschwitz leaves Seinfeld in yoga-like poses of laughter, until he regains his composure and tells Gervais what he believes is the funniest part of the joke. The light Seinfeld provides, the relief comedy offers in the midst of darkness, the respite humor brings when the lightness of being feels unbearable, these things make life bearable. To have the insufferable extinguish the light is intolerable.