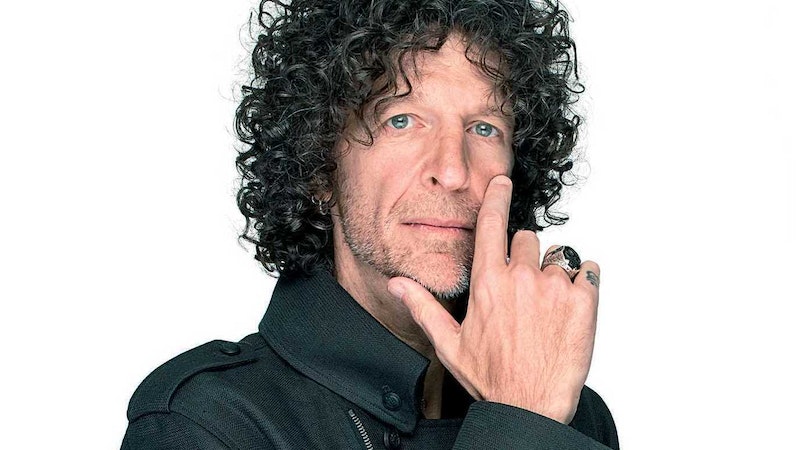 When was the last time you heard about Howard Stern? When was the last time you heard his voice in a cab, or blasting from a passing car? Does your mechanic or coffee shop have him on constantly? Does word of mouth bring you bits of his interviews, publicity stunts, or battles with corporations and the U.S. government? Do they reach you with ease and without consent? Growing up in Manhattan in the 1990s and early-2000s, Howard was just in the air. 2016 was the first time since his move to satellite that Howard was back in the news. Anchors played “recently uncovered tapes” of his numerous interviews with Donald Trump, as if recordings and transcripts of his dozens of appearances on the show hadn’t been widely available for years. After that Trump bump, nothing. Now he has a new book out, his third and first in over 20 years. It’s called Howard Stern Comes Again, but who would know?

Unlike the 1980s, 90s and 2000s, Howard has become practically invisible behind the paywall of SiriusXM. I remember the announcement of his move from terrestrial radio to satellite in October 2004 because cable and network news covered it constantly. The stock market was affected by this. Can you imagine Howard penetrating the culture like that today? Unfortunately, I’m convinced the next time it happens is when he croaks, or sidekick Robin Quivers dies. I’m not even sure his retirement—which, let’s be honest, is never going to happen, at least of his own free will—would make headlines for more than a day, if that. After years of peripheral exposure, I became a regular listener in early-2011, quickly devoted and obsessed. I unsubscribed from SiriusXM and stopped listening in early-2018, not only because it was expensive and wasteful for someone who doesn’t drive, but the show lost me. The calcification and increasingly slim schedule that I’d seen diehards complaining about for most of the decade finally hit me, and I tuned out.

The only thing I realized in the past year is how much of a bubble Howard has put himself in, and how little cultural impact his show has now. I never disavowed the show and the hours I loved and listened to over and over again like music, but I moved on. Howard hasn’t had the heat of the streets in years—in my mind, Cum Town is the heir apparent to the Stern Show’s attitude and place in the culture, however small that may be now. They’re the ones bringing broadcasting that’s regularly hilarious, offensive, and bracingly insightful today. As of this January, Howard’s a senior citizen, and I don’t expect him to remain hip or relevant, recluse he is. But reading the few parts of Howard Stern Comes Again I hadn’t already heard on the radio, it made me sad how completely he’s vanished from the culture.

For regular listeners, there’s hardly anything new in this book. It’s a compilation of edited and condensed interviews, almost all from the last decade. Howard writes an introduction for each interview, but besides that, there’s little commentary. It’s a coffee table book, but for who? By “going Hollywood,” as Wendy Williams put it, and removing all improvisation and transparency from his show, he alienated listeners that had been with him since the Reagan administration. Despite his success as a judge on America’s Got Talent, he hasn’t been able to gain the broad mainstream acceptance he so craves. But that’s never going to happen, it’s just too late. No wonder Howard Stern Comes Again is being sunk by one-star reviews on Amazon left by bitter fans and casual trolls. It’s a monument to his spiritual castration, self-administered and for naught.

Perhaps the biggest revelation in the book is that Donald Trump didn’t coin the phrase “my personal Vietnam” vis a vis his sexual history and AIDS. Howard did. “My personal Vietnam” is second only to “I prefer people who weren’t captured” in the pantheon of Trump’s peculiar poetry of unmatched arrogance and stupidity. Howard tells Trump, “You claim that you heard [Michael Jackson and Lisa Marie Presley] having sexual intercourse.” Trump’s reply: “I did? Did I say that in the book. Does that sound exciting or not?” This interaction needed to be in print, because in it is the skeleton key to this era—“Modern day presidential,” just another way of asking "Are not you not entertained?" Meanwhile, Howard, in vain, holds back his own bile hoping for an embrace that will never come.

The book is okay, but I’d rather listen to Howard screaming about Wendy Williams or a Sesame Street voice actor quitting a plum gig. I don’t miss the Sybian; I miss the spontaneity. I miss the anger and “diseased thoughts” that he’s since purged in psychoanalysis. It may be good for him, but a muzzled Howard Stern makes for miserable radio.