This is not “appointment viewing” television. 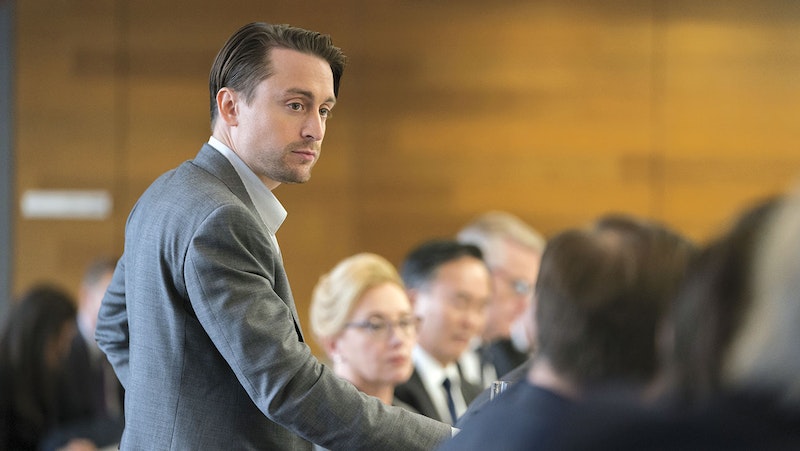 Not so long ago it was hard to avoid arts reviewers extolling current TV shows as the new force in entertainment, surpassing films and attracting actors who’d otherwise turn up their noses at the second-tier medium. The exuberance wasn’t entirely misplaced, if overenthusiastic: programs like The Sopranos, Breaking Bad, The Wire and first couple of seasons of Mad Men (before it got silly) were groundbreaking and made for, if not “appointment viewing,” a worthwhile way to spend two or three hours a night. Even the first season of Homeland, despite the horrific actress Claire Danes, was riveting, and provided a breakout for Damian Lewis.

As my son Nicky has repeatedly pointed out, however, the Trump Era has resulted in safe films and TV, tailored to “The Resistance,” who, after a hard day’s work on social media predicting the end of democracy, are rewarded with programming that confirms their political beliefs. Two popular shows, at least with a certain demographic, provide the context for this sour turn of events. Billions, starring Lewis as an extraordinarily wealthy financier who’s ruthless in the marketplace, and runs afoul of U.S. Attorney Paul Giamatti (who has his own embarrassments), is so over-the-top, so ridiculously exaggerated, that it makes a mockery of how the finance industry, and the prosecutors who monitor them, actually works. And I suppose that’s the point. I watched the first season and then cut it off, in favor of excellent series like Line of Duty, Goliath (Billy Bob Thornton’s career role, even better than Bad Santa), the last of George Gently, Grantchester and the stunning Broadchurch.

(Last year’s Press, from BBC One, and now airing on PBS in America, is just as bad as Billions, in its ham-handed depiction of a UK newspaper war.)

Last Saturday night I finished watching the second season of Succession, the award-winning HBO treatment of current media, a thinly-veiled kick in the nuts to Rupert Murdoch, his family, and Fox News. Unlike David Simon’s far superior The Wire, which in its five seasons came close to depicting modern-day Baltimore—the hopelessness of this segregated city, the drug lords and violence they engage in, a corrupt local government and ineffectual media—Succession tops even Billions for its comic-book view of the current upside-down media industry. The Murdoch stand-in, the aging and intermittently infirm Logan Roy, controls the Waystar Royco conglomerate and is an ugly, scabrous piece of work, as are his four children (who compete with each other to lead the next generation) and sycophants who tells the gutter-mouthed Logan what he wants to hear.

In an August article for The Atlantic, Sophie Gilbert, gleefully plumps Succession, calling the second season “extraordinary” and that “In Season 1, the Roys made for a delicious hate-watch.” She writes: “This satisfaction defined what it was like to watch Season 1 of Succession, a bitter, schadenfreude-flavored tonic to help digest the oily excesses of the 0.001 percent. The offspring of the diabolical media mogul Logan Roy (Brian Cox) are nasty, grossly overprivileged rats in a gilded barrel, sniping and biting one another as they try to ascend the swarm… It feels like a cliché at this point to call a television show timely, but Succession’s ability to weave together plot points involving fascist newscasters, Facebook algorithms, media conglomerates, and even feral hogs is uncanny.”

It’s not uncanny. If Succession’s creator Jesse Armstrong believes he’s produced a modern-day Swiftian satire, he’s as deluded as the Roy offspring. (Almost as bad are the critics who invoke Shakespearean analogies to this very formulaic show.) Gilbert is correct that there are no sympathetic characters, although Kieran Culkin is superb as the sneakily dim third-youngest son, Roman, who does battle with his even dumber brother Kendall.

One example of how ridiculous the presentation of this smarmy crew is how during every episode they’re all together, whether it’s at a party at Logan’s Manhattan townhouse, Ireland, Scotland, an exotic cruise or the family’s Hamptons estate. Every 10 minutes, it seems, one of the clan is arriving or leaving by helicopter, or bitching on a private plane.

Siblings who don’t get along don’t spend this much time together.

Also, there’s so much drinking, cocaine, promiscuity and other behavior more typical of wealthy people who have no interest in business, or work of any kind, it’s a wonder the children ever have the time to run, or destroy, Logan’s empire. The Murdoch family, for example, surfaces in gossip outlets for various “succession” spats, but are by all accounts, hard-working (like Rupert) and not given to the excesses shown in almost every scene of Succession.

It’s not the best group of actors. Aside from Culkin, long an underrated talent, only Holly Hunter, as a double-dealing executive, J. Smith-Cameron as Waystar’s general counsel and Cherry Jones (the liberal media executive who battles with Logan) stand out. The terrific British actor Matthew Mcfayden is wasted as Logan’s bumbling son-in-law; and Eric Bogosian phones in his recurring role as a liberal senator attempting to destroy the Roy family.

Succession is safe “Eat the Rich” programming. It’d be swell if HBO paired Succession with a series based on The New York Times or The Washington Post, but I doubt a pitch on that touchy topic would get much serious consideration.