Catch Me If You Can

I’m (reluctantly) on the Southwest team. 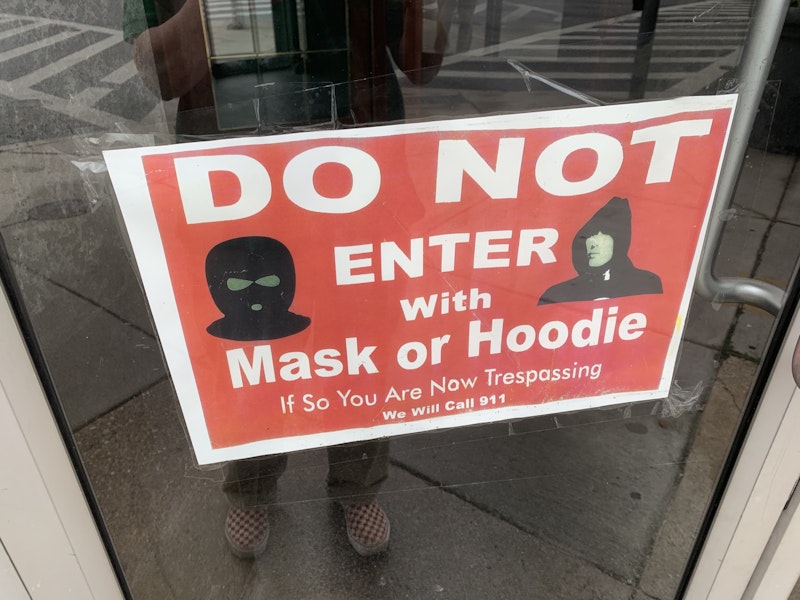 Lord, I was born a ramblin’ man. Skip, skip, skip. That’s not true, since I never cottoned to the post-Duane Allman Allman Brothers, and Dickie Betts drove me nuts. I need to communicate with “the folks,” just like all the affluent liberals say, even though they’d ignore “the folks” if they ever encountered that woebegone species.

More to the point, last week I was living, concurrently, in 2020 and the mid-1980s. Baltimore’s a shit restaurant town—which wasn’t the case in, say, 1986, when standouts such was Uncle Lee’s, Tony Cheng’s, Pacifica, The Brass Elephant, Marconi’s, Martick’s and Pigtown’s Cultured Pearl were still in existence—and one example is Yum’s, a catch-all Asian restaurant (where my son Booker, who normally has an iron gut, was laid low for two days after tainted sushi), that occupies the space that onetime “institution” Love’s reigned for decades at N. Charles and 25th Sts., even though the food was the humdrum WASP sort that was forgettable. (In the mid-80s, my friends Phyllis Orrick, Granville Greene and I would, on occasion, saunter on down from the City Paper offices at 2612 N. Charles to take advantage of their cheap happy hour specials. The come-on was very cool scratch-off cards.)

There’s a sign up now at Yum’s that reads: “DO NOT Enter with Mask or Hoodie. If so, you are now trespassing. We will call 911.”

Granted, masks are strange, and might easily freak out whatever clientele they attract, but hoodies? Isn’t that a ubiquitous article of clothing today? Is this London, circa 2008, but with guns instead of knives? Jeez, I have two hoodies. One assumes the sign is directed at the black population here, which I find rather rude. On the other hand, I’m on a mission to mix with “the folks,” so I’m pushed for time to speculate any further.

A few weeks ago, I noted that our family would spend the Independence Day weekend in Detroit, a getaway that would allow us to see two Red Sox/Tigers games and look at Diego Rivera frescoes. The trip was aborted after flooding flummoxed the DC/Baltimore metro region, and my son Nicky and I were stranded at BWI for hour upon hour, our plane stuck at Dulles, and finally, after the gate attendant—scrupulously honest, a rarity—admitted, upon my inquiry as to whether the flight would take off, said, “I have no idea, but from my weather map here, I’m not optimistic.” Nicky, just 10 minutes after arriving at the gate, took a look out the window and said, “Dad, we’re not going anywhere today.” I scoffed as he calmly read a Philip Roth novel, and I paced around, trying to gather information. What can I say: Nick’s the family’s meteorologist.

Unfortunately, NYC resident Booker, who’d flown from LaGuardia, was already in Detroit, so I was back and forth on the blower with him, and finally had to break the news that Comerica Park, Middle Eastern dinners and Diego just weren’t in the cards. He returned to Baltimore that night, exhausted and, understandably, a little out of sorts, though no blame was assigned to his brother or me.

Nevertheless, despite the inconvenience and disappointment, I’d be derelict in my duties to “the folks,” even the fat ones holding nasty-looking franks, over-slathered with relish, onions, gross chili beans and ketchup (Ketchup on a dog! Citizens’ arrest!) if I didn’t mention all is not lost with Southwest Airlines, which in recent months has tried to combat a barrage of bad publicity for unsettling equipment problems and a few emergency landings. Paraphrasing the awful Tom Jones 1965 hit, It’s not unusual to be stiffed and given the heebie-jeebies (that’s not anti-Semitic, folks!) by America’s larcenous and run-down number of airline carriers. (I can’t think of a single U.S. airline I gladly fly, and I’m on the fence with their international counterparts. Everything went downhill when Concorde bit the dust.)

But celebrate the good news! Nicky and I zipped along to BWI last Thursday morning, since hardly anyone was on the road, and, girding for the laborious check-in ritual, were euphoric to see that curbside service, has at least temporarily returned! I couldn’t believe it, as an extraordinarily amiable fellow, Hank, checked our bags at the outside kiosk, didn’t even check our identification, and then led us inside. He reminded us that his was a rogue (not that he used that word) operation, apparently sanctioned by Southwest, and that gratuities were appreciated, and I greased his hand with a $20 bill, and we both were more than satisfied by the five-minute check-in exercise.

As it happened, many hours later, after we’d decided on a mid-term abortion of the trip, and went into the bowels of Southwest’s luggage section, our friend was there again, and offered to take us to an equally accommodating gal who held the keys to our bags that were still on the tarmac. Nicky and I attempted to give Hank another tip, but he insistently refused, saying, “Hey man, you took care of me this morning!”

We were beat, pissed off by the storm, lost in the bedlam that tore BWI into two, but this guy gave me hope that manners and honesty aren’t extinct virtues in this era of phony-baloney #Resistance, #MAGA and #MeToo sloganeers. I can’t say for sure, but it’s my guess that Hank doesn’t give a shit about election polls, otters or the absolutely useless “deep dives” (translation: an article longer than 500 words) by those earnest “We can save the world” drones at Vox.com.

On that topic, The New York Times must be chortling with delight at the stir putative #NeverTrumper Bret Stephens has caused from the moment they plucked him away from The Wall Street Journal. Stephens is a prickly cat—in almost every column he takes pains to reiterate his opposition to the morally disgusting Trump, although with the exception of immigration, he’s on board with most of the quadruple-Teflon president’s policies—who becomes rather upset when his writing elicits scabrous vitriol, from both the keyboard-tapping left and right. Here’s a guy—white privileged elite—who pulls down six figures and he complains about complaints! Isn’t he supposed to write provocative essays, rather than the toothless mutterings of a Frank Bruni or Ross Douthat?

Stephens, preposterously, has been labeled a bigot and white supremacist, which tells you all you need to know about the reading public (which was always the case, but magnified exponentially by social media), but instead of sloughing it off he whined, on July 4, that “people live in mortal fear of a moral faux pax.” Taking hyperbole to a new mountaintop, if that’s possible, he compares today’s America to France in 1789. Fella, mi amigo, guillotines will slice off your noggin, but words will never hurt you.