Four weeks into isolation, how close are we to begging for a “military person” to take over? 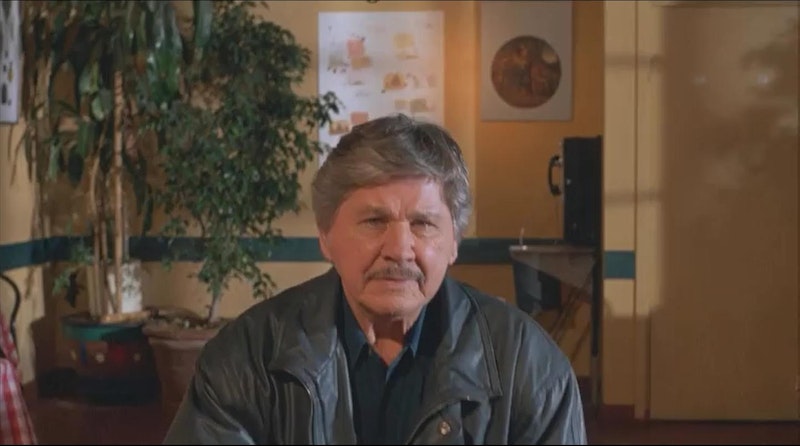 What would Bronson do? In light of current events, I’ve “come back home” to the core, the heart music: the Death Wish series, starring Charles Bronson. Five films, from 1974 to 1993, charting the course of American politics and the barely latent desire for vigilante justice in everyday life. Every Death Wish film begins with the rape, murder, or disfigurement (or all three) of Paul Kersey’s new women. A grim Groundhog Day for a nice man who just wants to build—maybe Bronson was right, maybe he was miscast as a wishy-washy liberal architect opposed to guns and violent retaliation. I dream of the original Death Wish cast: Jack Lemmon as Paul Kersey, with Henry Fonda as Detective Frank Ochoa. Lemmon won an Oscar for Save the Tiger in early April 1974—what if he starred in Death Wish just three months later. Imagine: C.C. Baxter from The Apartment shooting people on 5th Ave. The cops aren’t stopping him.

Bronson keeps the series compelling for all five films. I don’t want multiple Cobras. There’s a softness to Bronson’s face, more than his blue eyes and puffy face. This is a character who murders, tortures, and assassinates criminals with “no juries, no judges, no appeals, no deals,” often with a sly smile. Yet he remains benevolent, even as the people around him spout reactionary Reaganite nonsense about crime and “those people” (whether it’s punks, blacks or gays). Bronson as Kersey is a Bodhisattva of righteous violence ping-ponging between America’s coasts over nearly two decades, and while he makes it out alive and gets a lot done, what does he change? Am I deranged for asking such a question of a character in the Death Wish universe? We have time to think about more things now.

In 1974, America was disillusioned with the government and burned by the broken promise of free love and open minds that ended in a rolling series of events beginning with the assassination of Martin Luther King in April 1968 and ending with the breakup of The Beatles two years later. The counterculture would collapse slowly, and a “righteous, stabilizing force” wouldn’t materialize until Ronald Reagan in 1980. But now, we have Democrats like Chuck Schumer advocating for a “military person” to come in and take over the COVID-19 situation. This man is calling for a coup d’état over Zoom (by the way, who owns Zoom? Where did it come from? Why did everyone start using it three weeks ago without a second thought? I believe the mailbox graffiti: “ZOOM IS MALWARE—TWEET THIS”).

That picture has since been scrubbed from Twitter, and its steel canvas in midtown Manhattan has probably disappeared by now, too.

What would Kersey do? I don’t know how he’d feel about Amazon or Jeff Bezos, whether he was a villain on the level of Michael Parks’ Tommy O’Shea, or someone who worked hard and has every right to do with his money what he pleases. But I have my doubts: Kersey is a murderer, but he’s a moral man. He treats women well. He stands up for workers, losers and people in compromised positions when it puts him in considerable risk. Remember that the first 1974 film was semi-scandalous for making such a mockery of the bleeding heart liberal turned steely-eyed vigilante after a random robbery leaves his wife dead and his daughter in a state of catatonic dissociative trauma. Kersey’s colleague Jack (played wonderfully by Steven Keats, discovered in The Friends of Eddie Coyle) is doe-eyed and feckless, like every other person preaching for law and order and due process.

Kersey doesn’t jump into crime—he has to be persuaded through the first film, and even in the sequels, there’s a melancholy in his most brutal moments because this such an awful “eternal return.” He suffers through the deaths of five wives and too many daughters, and though he always offers his “services” to the police in the end, this isn’t a man drawn to violence. In every sequel, it takes a lot to get him back in action. Among the wreckage of a gangland Los Angeles that never existed full of The Warriors wannabes and racist pawns to dispatch of quickly. All of these films are made on the right-wing, but again, Kersey never fully belongs: in every milieu, from nihilistic mid-1970s Manhattan to LA and Harlem in the Reagan-1980s to an early-1990s New York on the cusp of Giuliani. He “does the work,” but never fully endorses it or his behavior. It’s simply what has to be done.

We must guard against this impulse for a benevolent Bronson, a hypothetical Philosopher King who could make Trump turn into a pumpkin and competently handle the coronavirus crisis with haste and grace. This is fairy tale thinking, and it can’t be entertained even in the midst of a pandemic. Once absolute power is assumed, it’ll never leave—only when the country itself collapses. Fascism can’t prevail in the United States, even with an incompetent and petty president. We may wish for Bronson, a doughy-faced Buddha of “sensible solutions” and unchecked power, but he doesn’t exist. Only his imitators, who’ll always be waiting in line for the world to become desperate enough to beg for a boot in its face and a gun in its mouth.