Not Shakin’ All Over

An acceleration of adaptation. 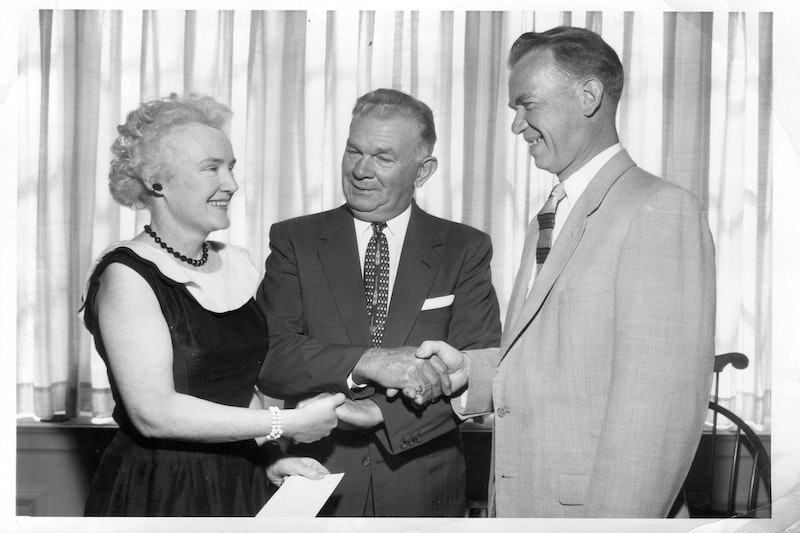 Customs come and go, even those in common practice for over 100 years, but I’m in the minority on the likely disappearance of shaking hands once COVID-19 is just a very nasty and vivid memory. (Mind you, I’m no expert on the disease and offer no predictions, unlike the thousands upon thousands of newly minted physicians and economists that have popped up on social media. Man, I guess they were spared in last Friday’s harrowing jobs report.)

Unlike Splice Today colleagues Todd Seavey (with whom I shook hands many times at New York Press’ Puck Building offices a generation ago) and Ken Silber, I’ll miss shaking hands with friends, merchants, and people you meet for the first time. I find the gesture civilized, a show of respect and, when not perfunctory, friendship. Gone too, I guess, will be the continental habit of kissing both cheeks upon meeting a friend or acquaintance, but I’ll let the French sort that one out.

Silber: “[Handshaking] is a needless germ-spreader and awkward social custom that that as a routine greeting has evolved beyond its long-ago supposed utility of showing one’s not carrying a weapon.”

Seavey: “I’ve made a few half-hearted attempts over the years to lead by example on the handshaking, but unless everyone has germs on their minds at the same time, you really look like an oddball… Maybe now the time has come, though.”

I don’t get sick very often—usually one whopper cold per year, bronchitis less frequently—and there are just two periods in my life where I came down with illnesses at a more frequent clip. The first, like most people, in elementary school, with exposure to germs—and no one shook hands as a first-grader—that caught my immune system by surprise. Chicken pox, mumps, colds, stomach bugs, the whole gamut (I did get a measles shot in 1962 or so, just after the polio sugar-cube vaccines).

The second round was when my two sons were in pre-school and then the early grades at their school in Manhattan. (My wife and I were spared the head lice both experienced as four-year-olds, nasty business that left me wondering why I was paying so much tuition.) Once, my younger son Booker was kept home, glued to the barf bucket while he watched The Simpsons, and on the way uptown his brother Nicky let loose in the cab—which I tried to clean up with that day’s Wall Street Journal. As it turned out, all four of us became sick, the worst of all worlds. It’s hard to attend to children when you feel like a half-dead dog.

It’s a different set of circumstances, but I’d guess handshaking will suffer the same cultural fate as men wearing hats—without the economic consequences—in the early-1960s. That disappearance is almost unanimously credited to JFK, who didn’t like hats, but I think that’s too simple an explanation; it was just an example of fashion evolution, much like today’s allergic reaction to suits and ties, even in church or at a fancy restaurant. Besides, if you look at the famous picture of Jack Ruby rubbing out Lee Harvey Oswald in November, 1963, almost all the men were wearing hats of some kind.

My dad, not an affluent man, had a bunch of hats that collected dust in a closet—until one of my brothers and I appropriated them in the late-60s—and I don’t think a word was ever said about it. I’m still mesmerized looking at photos of packed baseball games before the mid-1960s—seems like 75 percent of the men are wearing hats, as well as suits, although that might imply they were playing hooky from work for a day game.

In my family, with five boys, a rite of passage at the age of 13—the rough idea of a bar mitzvah, without the after-school Hebrew lessons so many of my friends grumpily endured—along with drinking coffee and the choice of skipping church, was learning the art of the handshake. Firm, of course, but not a show-off bone-crusher, with direct eye contact. I believe it’s a father-son ritual—maybe like learning how to shave, although Dad let us figure out that one on our own, probably because our whiskers were so scarce—and it’s (or was) passed down generation-to-generation.

(The above picture, taken in 1961, shows my mom and dad (left and right) shaking hands with the local Security National Bank bigwig, upon the occasion of my mother winning a trip to Europe for coming in first place for a promotional jingle/slogan contest.)

Prior to COVID-19, I shook hands with my various doctors, nurses, worthy proprietors, longtime friends and the endless stream of electricians, plumbers and painters that perform jobs at our home in Baltimore, built in 1928, so you can imagine all the ghosts and fifth-go-round on sockets, toilets, boilers and dripping ceilings that entails.

(Our family, while extremely close, didn’t go in for hugs and kisses, but we weren’t of the Ward Cleaver school either; for example, when one of my brothers came home from college, it wasn’t a handshake greeting, but a clap on the back and an affectionate “Hey, pal!” Once, in 2011, when I was visiting my ailing brother Jeff in Zurich, we met at the train station, gave the shoulder clap, and my sister-in-law said, “That’s it?” Jeff was sick, but he smiled and just looked at me, as if to say, “Hey, that’s what we’ve always done!)

I’m slightly higher on the economic learning curve than most non-professionals (by dint of learning hard lessons as a weekly newspaper owner, like getting in hock to the IRS or settling blood-money ambulance-chaser lawsuits quickly), but your guess is as good as mine as to how American business will operate once the dust settles. I’d say the music industry—packed concerts—is really fucked, and sports stadiums and arenas aren’t far behind. As for all the small businesses that have now closed, never to return, I imagine rent will be temporarily low for all the empty storefronts and new establishments will take a shot. And with Trump/Congress sending money all over the country—at least not for a war—the New Deal whiff in the air says watch out, Amazon (and Facebook, Microsoft and Google, to name just a few), the regulators are coming for YOU.