The Girl With the Dragon “Me Too”

There has never been an unmotivated discovery about the mind. 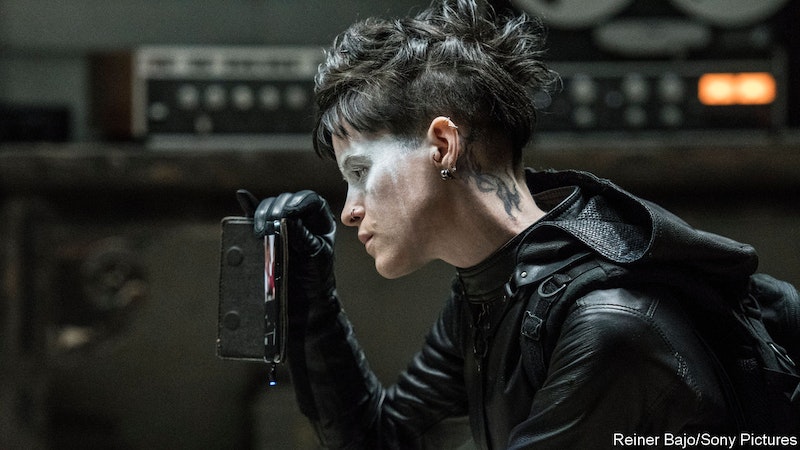 In the 1980s, when Repressed Memory Syndrome was discovered, it was part of a larger turn (within the psychiatric community) against psychoanalysis. The discovery that various alleged traumatic abuses did not occur was overstated, as if such events never or rarely occurred, and as if the memory of such events couldn’t possibly be repressed or distorted in the mind of a victim. A completely different discovery could’ve been made: the discovery that one story of abuse, which is fabricated, may be a placeholder or cover story for traumatic events of a completely different (and perhaps unreachable) kind. But this would’ve smacked of the Oedipus complex and other “discredited” theories. Furthermore, it would’ve undermined the essential legal divide between abusive behavior that is legal, and socially acceptable, and abusive behavior that “crosses the line”—as if the only goal of therapy was deciding who was guilty of what legally punishable crimes.

Enter the girl with the dragon tattoo, Lisbeth Salander. Why Lisbeth has a dragon tattoo is never explained, but since she forces a tattoo upon her abuser, we can make an educated guess that it represents some unreported abuse from her earliest years. Whether or not “something happened” is irrelevant—as a “ward of the state” with a criminal record, Lisbeth’s disempowered condition is, a priori, that of someone whom the patriarchy makes suffer. Her disturbing access to other people, as a hacker who breaks privacy laws, is Stieg Larsson’s stroke of genius. Salander turns technology, thoroughly identified with men, into an unassailable witness of criminal behavior. But, at the same time, Salander doesn’t particularly care what other people do; she’s therefore as impartial as the law. She represents a basic faith in both its extent and its limitations. Her ideology is endangered by the state-appointed guardian who binds her in legal ways, then redeemed by his decision to bind and abuse her in illegal ways, which she can record and use to avenge herself.

The biggest question haunting any survivor is whether or not their experience was real, whether it really happened and damaged them as they want to assert that it did. Part of the problem is that survivors who obsessively return to a traumatic event, through therapy or other kinds of speech, are in danger of “re-opening” the wound each time. We, as members of society observing them, secretly want to chide them for not “moving on” and reinventing themselves as somebody whole. What’s so beautiful, therefore, about The Girl With The Dragon Tattoo is that Lisbeth Salander is whole because she places the burden of repetitive witnessing on her machines, displacing the trauma and giving herself the freedom to surpass it. Because a computer file can be endlessly copied, distributed, and believed, she’s at liberty to integrate her past into a punk aesthetic that gives her pleasure and allows her to identify and empathize with others. Her tattoo is her wound transfigured.

Similarly, one of the most delightful and logical aspects of the book (and, later, the films) is the obsessive behavior of the escaped girl after she’s “murdered” and given a second life away from her deranged father. She sends a rare flower to the uncle who was kind to her, on his birthday, every year. The flower is “cut off” in its prime; it represents both her triumph over her past and the way that being abused cut short her first life and her ability to enjoy childhood. Her successful reinvention of herself as an Australian farmer doesn’t mean that her abuse was not real. On the contrary—she had to flee, as if she was the criminal, to a former prison colony. The flowers bear witness to the costs of that desperate act of survival.

Her brother’s development, as he becomes a monster obsessed with his sister’s disappearance, is also a brilliant depiction of the legacy of abuse. By this I don’t mean merely to repeat the psychological truism that abused people often become abusers themselves. That isn’t the question. The question is what kind of abusers they become; what makes the truism true, when it should be possible for abuse to be the thing survivors hate most, rather than a form of recourse. The answer is that people who survive abusive behavior, if they identify with their abusers, secretly hate their abusers for being powerless. An abuser, after all, is a person who continually inflicts power on others in order to prove they have it. This ultimately proves the opposite—that they’re powerless in their own estimation—and in The Girl With The Dragon Tattoo, the brother becomes a murderer because he can’t believe his omnipotent father allowed his sister to disappear. Every crime he commits is an attempt to soothe his own hysterical disappointment.

But let’s return to Lisbeth, since the greatest insight of Larsson’s fiction is embedded, cunningly, in his blasé attitude towards hacking. The film pretends, in order to empower Lisbeth, that bearing witness to patriarchal crimes is always a matter of stealing and leaking information. But what we now know, from the #MeToo movement, is that using technological platforms (such as Twitter) to expound the crimes of the powerful is effective in and of itself. In place of Recovered Memory Syndrome stands a collective memory that gains credibility and becomes socially acceptable thanks to way Twitter (and the rest of the Internet) makes it reverberate. What we fear about Lisbeth Salander, if we are afraid of her, isn’t exactly the loss of privacy. It’s the theft, of our crimes, by the very people to whom they really belong.