Gathering of the Post-Traumatic

Pacing yourself in a pandemic and remembering that, eventually, life will be recognizable again. 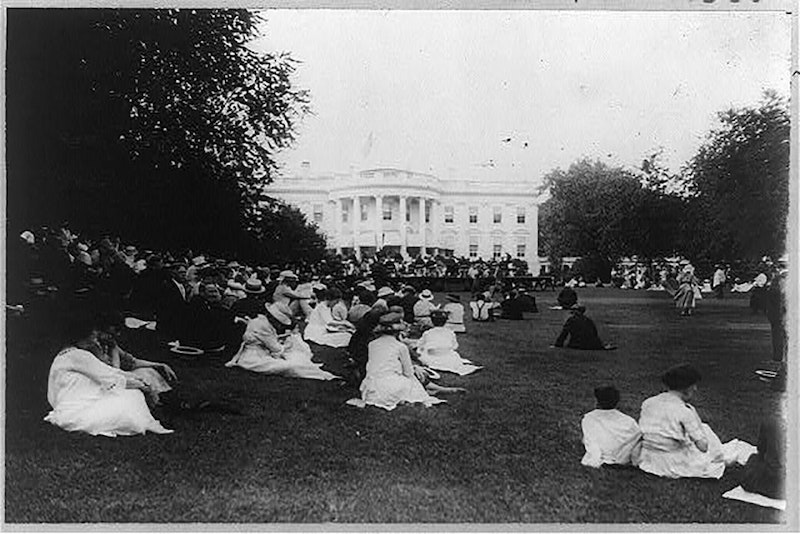 A doomsday scenario: nearly a month into the country’s coronavirus emergency, there’s no end in sight. There’s no consensus, not even close: after the CDC lied about masks due to a shortage for medical personnel, people are out and about taking care of “essential business” and some are wearing Hazmat suits. Some are wearing nothing. Many, at least half the people I saw walking around for an hour yesterday, were wearing masks of some kind: bandanas, t-shirts, N95’s, and ad-hoc custom cloth masks sewn with glorious colors and dizzying patterns. This will be the most significant change to “normal life”: like most of Asia since 2003, we’ll be strongly encouraged (or required by law) to wear masks in public, and observe certain new manners of personal hygiene in public.

As I wrote last week, all of the institutions currently closed—restaurants, museums, theaters, venues, gyms, stadiums—will reopen. Most of these individuals’ businesses will close, but the idea that people will be afraid of large public gatherings forever is moronic. If the Fourth Reich emerges this fall and into the terrible 2020s, and concerts are banned, who thinks they won’t happen illegally? People need to be together as much as they need booze or chocolate. The rest of our lives will not be rationing cookies and toilet paper. It might last two years, a very long time in our always-online age, but after the first week, I found myself settling into this new rhythm reluctantly but functionally. Two years doesn’t seem so long after almost four weeks.

Donald Trump continues to do a terrible job, not only at combating COVID-19 but deflecting blame onto others. Millions of Americans would’ve liked to have heard what Dr. Anthony Fauci had to say about hydroxychloroquine, the “miracle cure” Trump appears to be betting everything on. Of course he has (very minor) holdings with the manufacturers of the anti-viral drug most commonly used to treat malaria and lupus. But this could be one of Trump’s broken clock moments: hydroxychloroquine along with “megadoses” of Vitamin C have shown to be effective in Asia and India. Naturally, India is the only place in the world where you can make and gather the raw materials necessary to produce the drug. They have since cancelled all exports.

The media and the Satanic DNC continue to lead people into slaughter, encouraging people to stand for hours in line to vote in an election that could’ve been postponed yesterday in Wisconsin. Well, the DNC was on board to weaken the state GOP’s paleoconservative Supreme Court—until bone-leashed Joe Biden said he’s rather allow his voters to go out and die for him. Wait, whom am I kidding? Biden didn’t make any decisions. Like Trump said at CPAC, “Joe’s not going to be running the government. He’s just gonna be sitting in a home someplace.” The MAGA crowd laughed (it’s a good joke), yet Democrats still refuse to believe that Biden’s, uh, “stutter” is going to be a major factor in the general election, if he’s even the nominee.

Don’t listen to eugenicist villain Bill Gates, who successfully laundered his awful public reputation with philanthropic efforts the past couple of decades. Remember that this man is hardly a man at all, but a force as malicious as a dead and indifferent virus—he wants millions dead, by any means necessary. Whenever someone talks about overpopulation, they’re talking about eugenics. Gates has advised “no mass gatherings” for at least another 18 months—who made him king of the New World Order? This is someone who wants to keep people separated and even more dependent on their devices. This is someone who wants microchips (“digital certificates”) implanted in every human being on the planet in order to track their COVID-19 status, presumably along with everything else, including what you’re thinking. How far away are we from Microsoft Mind Reader?

Don’t believe the Great Satan of the personal computer—people will gather together sooner rather than later, and they’ll do it in a responsible, cautious, and conscious way. Not everyone—there will be mass graves behind or underneath many a mega-church in the heartland by Christmas, and soon you won’t be able to walk five blocks in Manhattan without seeing a new memorial among the thousands that line the greatest city in the world like so many lesions and scars. I won’t say we will survive. I’ll say we can survive, and a big part of that will be maintaining our sanity by gathering together in large groups. However that process looks without producing a pile of bodies, no one knows yet. But we will soon enough.