Germs, like terrorists, exist but can be a cheap excuse for tyranny. 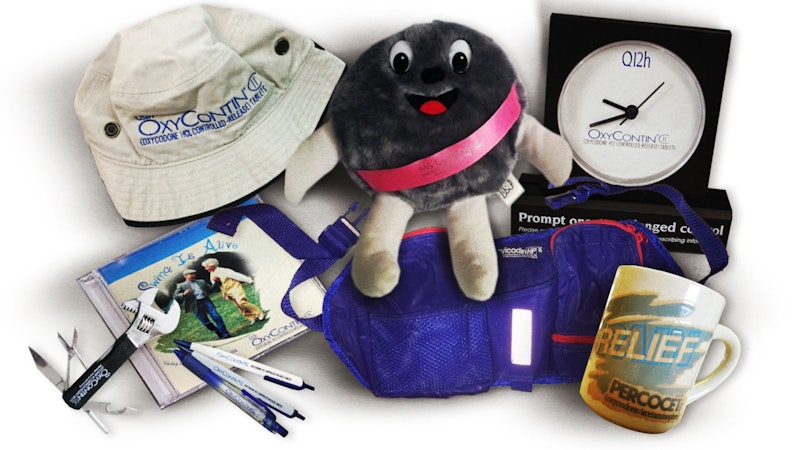 You were often presented with a false choice after 9/11: dismiss terrorism as a non-existent threat or accept war and mass surveillance, as if there were no options in between. So it has been with COVID responses: accept the whole vaccination-and-surveillance regime—sing songs in its honor, in fact—or deny that anyone has died.

Any sane person can sympathize, then, with Sen. Rand Paul denouncing Chief Medical Advisor to the President Anthony Fauci for jerking us all around on COVID rules and advice, regardless of exactly how robust a COVID response you think has been warranted. On Fauci’s watch, mass censorship—public-sector, private-sector, and grotesquely in-between—has been widespread around the globe, along with economically devastating and routinely extra-legislative regulatory controls, arbitrarily imposed, reversed, and imposed again with little warning. And even now, as the problem appears to be abating, we’re told to start treating COVID as a “national security” crisis, language that’s usually not a harbinger of a light touch by the government, as you may recall from the everything-could-be-a-nuclear-bomb panics after 9/11.

The COVID-eradicating mania has mostly been driven, ironically, by the same liberal establishment that 20 years ago seemed to hate “Big Pharma” (including its vaccine-hawking) more than it hated terrorism. Do the liberals love chemicals and corporate advertising now? Are toxic things no longer “toxic” even though everything else now is? How did this happen, and where were these establishment-loving liberals back in the days when I was blogging in defense of companies, including pharmaceutical giants, that were beset by crazy environmental activists and the like?

Even if the basic scientific and economic facts are on your side, you may be thinking and acting like an authoritarian. You don’t get to subject your neighbor to house arrest every time you prove you’ve memorized the names of more chemical compounds than he has, just as Pinochet-admiring people on the far right don’t get to throw their ideological foes out of helicopters if the foes fail to understand cryptocurrency.

We find ourselves in a world where respectable liberals cheer an administration whose press secretary, Jen Psaki, responds to a perfectly conventional press inquiry about COVID cases at the White House by asking testily, “Why do you need that information?” Yes, what’s with the press always asking questions, the way they do? Most fans of Psaki and Biden no doubt expressed “terror” a couple of years ago if Trump insulted a specific reporter or two. Yet Trump, to my recollection, never asked a question quite as sweeping or as breathtakingly aristocratic in its presumptions as: why do reporters need to know things?

But if we lived in a in a truly inquisitive culture, or even just one as inquisitive as it was in the pharma-bashing years circa 2000, reporters might by now have given up on getting straight answers from Psaki or Biden and instead started poking through public records and trashcans to find out how many politicians, public health bureaucrats, nightly TV news advertising departments, and social media companies have lucrative ties to pharmaceutical companies. I say this as someone still sympathetic to those companies—but well aware how influence can skew big public narratives.

With Big Pharma, Bill Gates, federal public health agencies, and the Pentagon itching for years to prove they can combat a plague (natural or man-made) through lockdowns and mass vaccinations, was there ever really a chance COVID wouldn’t be tackled in exactly that fashion? Once the bureaucratic wheels started turning, how much chance would a simple regimen of sun, bed rest, and cucumber sandwiches really have had even if it seemed to get stunning results?

Maybe this will all blow over soon, but then, some people were saying that about the War on Terror in the fall of 2001, and in some ways it’s still with us. Be grateful, then, that we have a few government-wary voices such as Rand Paul’s complaining about mask mandates on planes and warning Fauci that he might deserve criminal investigation for past support of Wuhan-linked “gain of function” research designed to create super-diseases.

The day may yet come when you’re even grateful to have an oft-banned conspiracy theorist such as George Webb around, with his guerilla reporters network on the lookout for fishy ties between Big Pharma, the intelligence sector, and various lucrative bioweapons and energy-trading operations around the globe. You laugh—but then, you probably laughed pretty hard at UFO theorists such as Richard Dolan prior to last month’s congressional report on UFOs buzzing our military ships. Stay curious, and don’t assume the bigwigs come right out and tell you their real motives.

One of the two scientists recently revealed to have exchanged emails with Fauci about Wuhan gain of function research and the possibility COVID is man-made deleted many old tweets on the topic when the public began noticing them (and taking them more seriously than the establishment has). Next, he claimed the tweets seemed to be “auto-deleting,” then deleted his whole Twitter account when that was shown to be a lie. Maybe that sort of thing should be more troubling to the people who shout, “Believe the science!” at COVID skeptics.

But then, arrogant doctors lie to patients all the time to nudge them in what the doctors deem a more beneficial direction, and scientists mislead people for political purposes—two of many disillusioning truths I’ve gradually come to accept even as the liberal establishment increasingly prides itself on always keeping the faith and following doctor’s orders. No wonder even apolitical comedians like the film critics at RedLetterMedia end up doing shtick about contradictory COVID messages, as seen in the wonderful first five minutes of this episode. Humor naturally detects logical contradictions, one of many reasons humor, too, is treated like a potentially dangerous contagion lately.