Public Health Officials and The Media Mislead Americans On COVID

They're setting Americans for indefinite masking, but they rarely give supporting data for their claims. 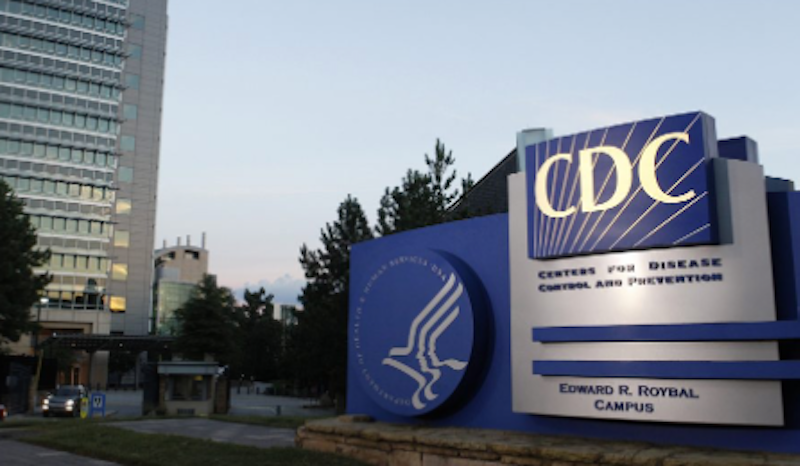 A well-known individual made the following statements about masks:

"You do not need to wear a mask indoors if in fact you've been vaccinated."

"It's good that you're vaccinated, but in a situation where you have people indoors, when it's particularly crowded, then you should wear a mask."

"So even if you are vaccinated you should wear a mask." "If you are fully vaccinated, you are protected and do not need to wear a mask outdoors or indoors."

"When the children go out into the community you want them to continue to wear masks."

"You know if you look at children outside walking down the street and playing games, they don't have to wear a mask."

Millions of Americans trust every word from Dr. Anthony Fauci, as part of their political faith, even if he provides little or no supporting data for his prescriptions. This is the same man who, at the beginning of the pandemic, when prophylactic measures were crucial, advised against wearing face masks. Perhaps his intent in misleading the American public was noble—to stop people from hoarding masks so that there would be enough for healthcare workers—but he blew an opportunity to signal to the market the need for rapid mask production. A man who's been treated like a god acted like a god—hardly a surprise.

There's now talk about breakthrough infections—when vaccinated people get the virus—as a reason to return to masking, but a NBC News study found that the breakthrough rate was one in 1300. The CDC estimates breakthrough rate to be .098 percent, or about 1/1000, a testament to the vaccine's efficacy.

The CDC's communication strategy has been a disaster. The agency put the vaccine on a pedestal, but now it seems to be telling us that it's not that effective, even though it is highly effective, both at preventing the contraction of the virus and mitigating its symptoms (including the Delta variant) if it's contracted. On May 13, the CDC announced that vaccinated people didn’t need to wear masks indoors due to the efficacy of coronavirus vaccines. Now the CDC has reversed course and recommends fully-vaccinated Americans who live in areas with high COVID infection rates—two-thirds of the U.S. population—resume wearing face masks indoors. Americans are only going to put up with so much of this.

The CDC also called for universal masking of teachers, staff, and students in schools, regardless of vaccination status. In what I've come to expect from the CDC (and the media), it presented no data to support enforced masking of children and teachers. Here's some germane facts: The CDC estimates there were 480 deaths among children from influenza during the 2018-19 school year. On September 25, 2020, The Washington Post reported that, while COVID-19 had killed 200,000 Americans, only 100 of the victims were children and teenagers. So even though the flu appears to be more dangerous to kids than COVID, why aren't American kids masked in school for flu season? And why are teachers going to be masked? The vaccinated are well-protected, and the ones choosing not to be vaccinated have done that of their own volition. If they want to take their chances, it's up to them, and they present a minuscule risk to their students.

There's a lot of messaging that vaccinated people are major carriers of the virus, but there's no convincing supporting evidence. While it's true that cases throughout the nation are spiking once again, we don't hear anything from the CDC and the media about the death rate. It's now much lower because 60 percent of adults have been vaccinated, meaning even if they do contract the virus the symptoms are much milder. The number of cases means much less now than it did at the pandemic's peak.

We're hearing about New York and California returning to extreme policies that they enforced at the height of the pandemic. New York State's current rolling average is five COVID deaths per day, and that's out of a population of 19 million. Last year it was up to 1000 per day. California is experiencing 20 COVID deaths per day, down from a high of 500. The vaccine has been a huge success, but our leaders are denying it. Florida, where I live, is also experiencing a serious upsurge of cases, which the media enthusiastically reports on while neglecting to say that average deaths per day are still at the April rate of 39. That figure would ruin the media hype.

Understanding what's happening is like putting together a jigsaw puzzle—it's a lot of work. The alternative—and much easier—is to accept, on faith, what Dr. Fauci, the CDC, and the media tell you, which is what they're counting on. The media, which has always stoked COVID panic, is now hyping the Delta variant, but Dr. Scott Gottlieb, former Food and Drug Administration Commissioner, said that the United States could get through the worst of the Delta variant surge of the coronavirus in a few weeks.

The media also tells us, repeatedly, that it's only ignorant Republicans who are refusing the vaccination. What it doesn't tell you is that two groups that’re vital to the Democratic Party are also saying no to it—blacks and Latinos. Black people are taking the vaccine at a 33 percent lower rate than whites, a discrepancy with serious consequences. Latinos are 20 percent behind whites in this category. With the media unwilling to address this reality, how will the problem get addressed? Certainly not by calling all the GOP anti-vaxxers yokels.

If the CDC continues to tell people they need to mask all day at work, they can't expect to convince the unvaccinated that the vaccination is worth getting. As it stands, the CDC wants vaccinated Americans to make sacrifices to protect the vaccinated by masking. Despite that smug group among the Democrats that tells us masks are no big deal, they are a big deal, especially if you have to work in one all day, or if you’re a young person wearing one in school. They're uncomfortable, interfere with interpersonal communication, and they're an aesthetic disaster.