Conservatives Need to Appeal to Immigrants

Immigration presents an opportunity for conservatives at the ballot box. 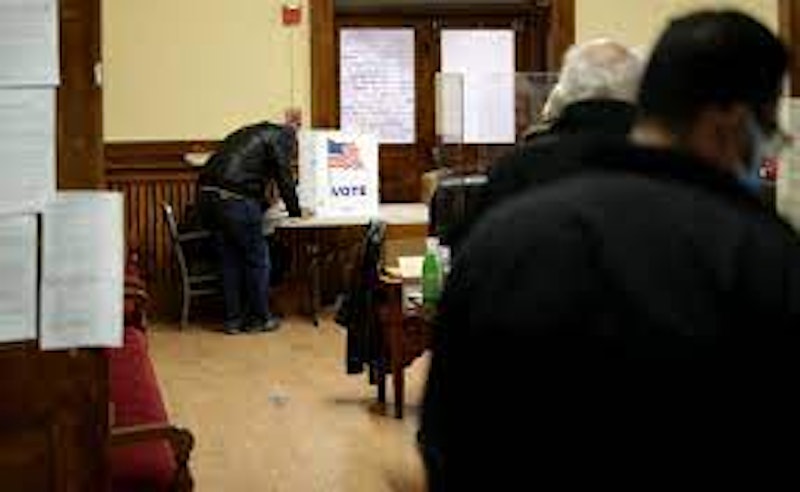 If immigrants in the United States are voting for conservatives, those are probably some of the more conservative members of the Democratic Party. That’s because immigrants aren’t often aligning with Republicans. In states like Texas, Florida, California, and Massachusetts, among others, immigrants are more likely to support Democratic candidates. That makes sense given that only about 18 percent of immigrants are non-Hispanic white, and Republicans tend to do poorly with minority voters.

However, immigration presents an opportunity for conservatives at the ballot box. While it might be tough to get immigrants to propel conservative Democrats to power in every blue district of the country, they can help the conservative cause at the state and local levels on ballot questions.

When Massachusetts voted to reject physician-assisted suicide 51 percent to 49 percent in 2012, it wasn’t the rich white liberals in places like Newton, Nantucket, Brookline, and Wellesley who made the difference. They wanted it overwhelmingly. It was people in more diverse communities, including ones with higher-than-average immigrant populations like Lawrence, Springfield, and Brockton, who helped prevent it from becoming law.

Lawrence sticks out here because it’s 80.6 percent Hispanic/Latino and one of the poorest cities in the state. And yet, it voted against the transgender bathroom bill at the ballot in 2018, a question that outperformed Sen. Elizabeth Warren at the polls. It’s also a community that voted against legalizing both recreational and medical marijuana in two separate ballot initiatives—both of which passed. While I disagree with the community on marijuana, the community took the conservative position on these issues.

Many immigrants are from Latin America, and many Hispanics in the United States identify as pro-life. Many come from countries that severely restrict abortion or abortion is illegal. And yet, they may have people representing them who don’t believe the government has any role in protecting the unborn and would call them racist for supporting bans on sex-selective abortion—an issue that concerns even elected officials of the left-wing Labour Party of the United Kingdom as well as the left-leaning populace of Canada. Unfortunately, that’s a practice brought to countries by some groups of immigrants, but it’s also one that would appall immigrants—just as it would the native-born population.

Regardless of whether or not Roe v. Wade falls next year, a lot of immigrants are the types of people who the pro-life side would likely want voting in a referendum on the issue. This could extend to issues that we don’t consider core in the United States. Voter ID, for example, is popular among people of all races, and majorities of all races don’t want to defund the police. There are problems with the police—conduct and how much their union contacts cost communities—but voters generally support the police.

While some criticize referendums by saying that voters don’t know enough about an issue to directly decide the outcome on it, this is probably better than voting for someone to vote on an issue for you. That’s the case because many people fill in random bubbles for people they’ve never heard of. This is a problem with referendums as well. However, at least one can read what it says on the ballot about the initiative and then vote on it. That’s not happening in a county commission, state representative, or governor’s council race. For conservatives in blue states, it’s better than letting the socially liberal establishment in both parties continually betray their values.