The Critique of Strength in Everyday Life

“Why bother lifting weights?” is a hot take certain to enjoy an eternal recurrence. 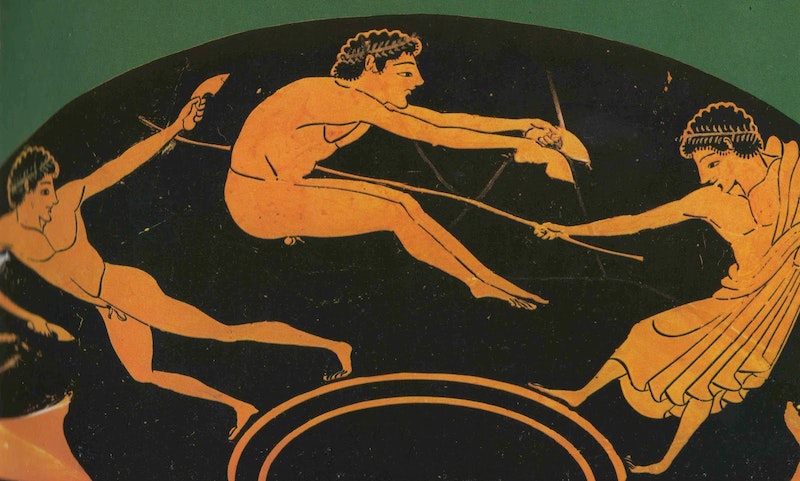 Every few months, some pundit or thought influencer inveighs against the practice of lifting weights. This is an old critique—older than corny 1980s nerds-drool-and-jocks-rule comedies like Revenge of the Nerds, older than Stan Lee’s Spider-Man having sand kicked in his face by high school hero Flash Thompson, older than the Greco-Roman philosophers and social critics of late antiquity kvetching about excessive training sessions and rubdowns. Sometimes the critique concerns weights, sometimes organized sports, sometimes the mere possession of a beefy body.

My purpose  in writing this essay is simple: I want to preemptively address these critiques, not merely on behalf of a fleeting, present-day readership but for posterity. Since this form of clucking, schoolmarmish disapprobation will eternally recur, a rejoinder should exist in perpetuity to address it.

To begin with, most criticisms of strength fail to define their terms. Is the critique directed at “bodybuilders”—already a vague, elastic, and over-applied term outside of the category of individuals who participate in the actual sport of bodybuilding, as I’ve written elsewhere—or merely weightlifters? And if “weightlifters,” does the critic mean the sport of Olympic weightlifting, as practiced on its own terms via the snatch and clean & jerk or as incorporated into CrossFit? If not, is powerlifting—a sport consisting of back squat, deadlift, and bench press movements—what’s intended? Usually none of this is meant, because the critic’s intentions are unclear and their knowledge of strength sports sorely lacking. They’re assailing the “vibe” of lifting, the “feelings” it arouses in one’s heart.

In any event, critics will often proceed to describe the lifting of weights as pointless, unrelated to real life, an exercise in self-love born of self-loathing, a “prison of measured time,” and so on. Part of this criticism recalls those vocal anti-lifters of the 1950s, who decried weight training as an activity that would lead to “muscle binding” and inflexibility, or, worse still, thought it amounted to outright degeneracy best left to the homosexual demimonde with which they associated it (of course, gay men have always constituted a critical part of the world of strength, both as notable participants, such as bodybuilder Chris Dickerson and physician and writer Oliver Sacks, and as photographers and patrons of the fruits of this labor). It’s all humbug, instances of projection more revealing of the critic than the critiqued, yet it’ll never cease to function as ballast in these arguments.

Aesthetics are often cited in these critiques. “Why would I want to look like that?” someone will ask, though it’s never clear if “that” refers to former Mr. Universe Phil Heath, steroidal celebrities Zac Efron and Joe Rogan, or merely a puffy Sean Hannity hitting the heavy bag in a carefully-staged photoshoot intended to make him seem like a tough guy. And this, I suppose, is the hardest part of the criticism to rebut, because many lifters of varying levels of skill enjoy expounding dime-store Sun and Steel arguments about the intersection of bodily capacity and the body beautiful. But to this I say only: the body beautiful has nothing to do with strength as such, with the ability to do something, to handle oneself, to bear up under the unbearable. No strong body looks like any other—some are teddy-bear-shaped, like back squat kingpin Ray Williams, whereas others might recall the Farnese Hercules or Michelangelo’s David—and whether one finds such bodies, or any bodies, attractive is a subject for the bedroom, not the agora (brushing aside, of course, those asides when Socrates might brush aside the hair of some handsome ephebe-cum-epigone during a heated disputation).

And critics will often end, insofar as any half-baked and eternally recurring critique can reach its peroration, by arguing that one should remain fit (sometimes appending “at any size” to this, as if there’s any single size associated with strength) through the completion of tasks one enjoys, such as gardening, hiking, or housework. This, too, neatly omits how functional strength makes all of these activities so much easier to perform. Tossing around my 180-pound grappling dummy like a featherweight, an activity that taxes me very little after years of doing so, makes laying down a fence or moving heavy boxes a breeze—not to valorize such hard labor, of course, because if it’s done as vocation rather than avocation, it will degrade one’s body as surely as any other taxing activity would. But pausing to consider that one might have a strength training regimen built around movements that simulate the movements of other activities one enjoys... well, this represents a bridge too far for a tenuous critique that began with sloppy, ill-defined premises. All people with muscle are irredeemable meatheads, all lifting leads to the same nowhere destination, “all is vanity.”

Mind you, the recurring debates within the strength community are often no less risible. In the past half-decade, I’ve witnessed every manner of idiocy. The old chestnut that pit fitness magnates Joe Weider and Bob Hoffman against each other, that of whether to “train for aesthetics and strength will follow” or vice versa, reappears among the supposed thought leaders of the muscle set with alarming regularity. So too do instances of some sophomoric striver, a year or two into their lifting career and perhaps ahead of the growth curve due to steroid supplementation, setting up a podcast or penning some articles in an effort to anoint themselves a Yukio Mishima of the fitness influence set. And, perhaps most fascinating of all, I recently beheld a ludicrous debate that raged across social media in which an “aristocratic” or “chestocratic” faction argued in favor of training the upper body while the “proletarians” or “swoletarians” demanded total focus on the lower body.

If you, like me, have devoted decades of your life to the pursuit of the “strength of strength”—the capacity to handle yourself from a position of strength, regardless of your circumstances—I’d advise you to ignore all this inside and outside baseball. The marketplace of ideas has an insatiable desire for critiques and takes, but most of these amount to little more than hastily-assembled justifications for the critics’ own inherent aversions and weaknesses. And although I wrote this for the sake of posterity, I’ve no desire to wade into each particular debate, no matter how many times I’m asked to do so. You can’t argue someone into liking a particular regional variety of pizza much less picking up a barbell or flipping a truck tire. Some things aren’t up to us, the strength of strength among them. Each must do their own work, insofar as they intend to do anything worthwhile at all.