You Love to See It

The extremely online “kids” are becoming disillusioned. Welcome to the club! 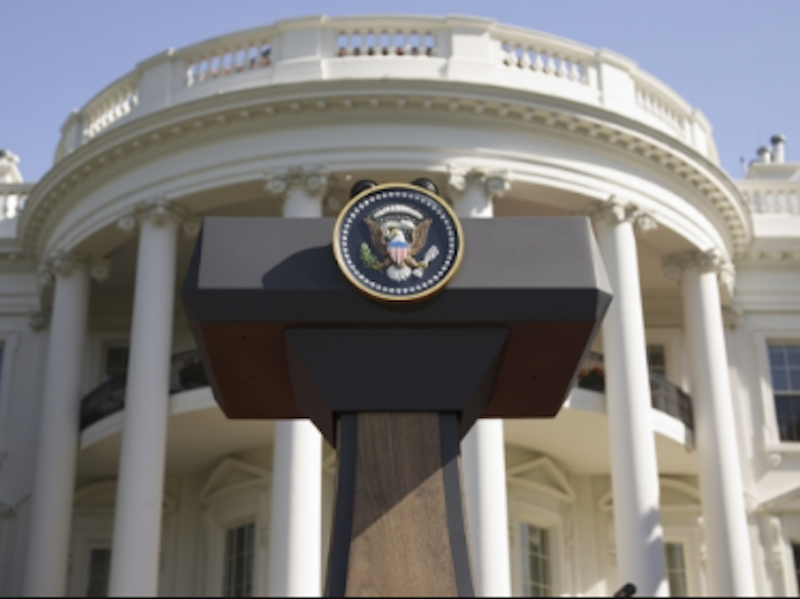 Paraphrasing Bill Burroughs, I have no idea how old I was when I decided I didn’t want to be president. But I was certainly very young. Probably this happened right after I won my first and only election, securing the presidency of my elementary school on a “meat eaters” platform of “no meat, no eat.” My peers ate up that easy-to-digest rhetoric, as it were.

I hated being school president, because it meant skipping 15 minutes of recess to sit around and chew the fat with the gifted teacher, a divorced sadsack with a perm, and the assistant principal du jour. I contributed nothing to whatever conversations we three kings had, but that’s not what mattered. I was there for it. I was doing the work.

Today, several Democrats are vying to defeat the current president, who I’ve been told, “poses an existential threat to the nation.” What could this bit of marketing lingo mean? Most polities survive their most ambitious or dangerous leaders, whether Castro or Chavez, and life in these so-called “failed states” goes on until it doesn’t. “Existential threats” are on the order of the so-called “Columbian Exchange” of infectious diseases, which depopulated North and South America, and the cultural erasure currently being practiced on the Uighurs in western China.

As of today, all of the remaining contenders for America’s grass crown are in their 70s. So is the sitting president. Can you imagine any other halfway demanding role, besides Pope, which ends up being staffed entirely by septuagenarians? Try to conceive of your retired parents, or dead parents in my case, running for the “highest office in the land.” The leading contender is almost certainly senile, perhaps pepped up on modafinil, adderall or some other stimulant during the debates he supposedly “wins,” with his death drive propelling him closer to that throne in DC on which the Living God sits and decides the fate of stock markets, interest rates, and so on. It’s wild. You can’t make this shit up, and even if you did, no one would believe a thing.

Not that I’d want any of my hard-striving peers to become president, either. The ones who’d be lusting for power at this stage in their lives are predatory empty vessels trying to fill their loving cups with ambition, victory at all costs. I don’t trust these aspiring hacks any further than I can throw them, and even though I can throw most of them pretty far, it’s still not that far in the scheme of things, not when you realize we may have landed on the moon.

The fact of the matter is that no one who deserves to be president, or to do anything worthwhile, will ever get to do so. These good folks will self-censor and self-regulate and go nowhere fast, much as I have, spilling over the brims of their thinking caps with the kind of USDA prime ressentiment that can only be born of a lifetime spent contemplating thoughts out of season. Too bad for these feckless suckers, who can barely poke holes in wet sacks with two open ends. You hate to see it. You’re not there for it.

But we don’t want it, most of us. We’re not hungry. If I were hungry, I would’ve gobbled down copious amounts of steroids and become a real top-tier powerlifter, meaning someone who actually powerlifts world record weights in order to impress other men, and not just some “natty bro” who pushes admirable but meaningless amounts of weight in a basement he has convinced publicists to stock with state-of-the-art exercise equipment. But I choose to lose. I’ll go out on my sword, remembered as a man who could crush medium-sized, extra-fancy apples in his bear-like bare hands without ever breaking so much as a single heart. The real lifters take steroids, all the steroids, because they’re all-in. They’re going hard instead of going home. But me, I’m a homebody. Just a journalist’s face in that madding crowd of fanboys willing to pay top-dollar entry fees to see the biggest men lumber around, a face left staring through the chinks in the unpainted picket fence around that arena.

You ask yourself, or at least I ask myself: what does it all mean? While I bless this heroic excess, it means less and less as my lifespan evanesces. I’ll cash my checks and keep my peace. I enjoy this writing business, even if I remain on its periphery, even if I’m forever among the uninvited. I suppose I can no more work myself up to get excited about selling a book for a decent advance than I could about landing a tenure-track academic position in the humanities. I did the latter, and almost did the former, and neither moved me one jot or tittle. “Doctor, eh?” goes the timeless New Yorker cartoon punchline. “Is that an M.D., or just a Ph.D.?”

I don’t play the game of doing the work, but I admire those who do. What does it mean to believe in “moderation” and “compromise” for their own sake? To “position” oneself for something, to tailor each conversation to achieve a specific effect related to advancing one’s career? How might one map the contours of such a canny, opportunistic mind? What is the life of that mind like? Truly these people are the great ascetic icons of our age: to get everything, they embrace nothing. They become like water to win over the great unwashed. They stick their fingers in the air to check the direction of the hot-take winds, and their fingers in the dikes when the dams behind which they have hidden all their #MeToo skeletons and blackface parties threaten to explode.

These rising stars, who’d sacrifice your lives and the lives of those you love for the advance of a single rung along the great chain of being-powerful, will never cease to amaze me. I see the truth of their hustles, but I’ve waited too long. Now the rest of you kids are getting disillusioned, and I welcome you to the club. You’ll never get what you want, you know. And no one will ever listen to you, not really. Let me tell lay a take on you: it’s much better to be here in perdition and thoroughly disillusioned than out there pimping your soul for a few likes and retweets. It’s much better to be here in front of your favorite video game console than sitting in front of some social media account, crafting your tweet for maximum “impact,” performing like a lifestyle brand or a presidential hopeful for an audience that couldn’t even remember your name if it were “Joe Biden.” And hey, if you don’t like Joe Biden, vote for that other Biden. He’s running for senate, too.