The China Syndrome: A Meltdown of Lies 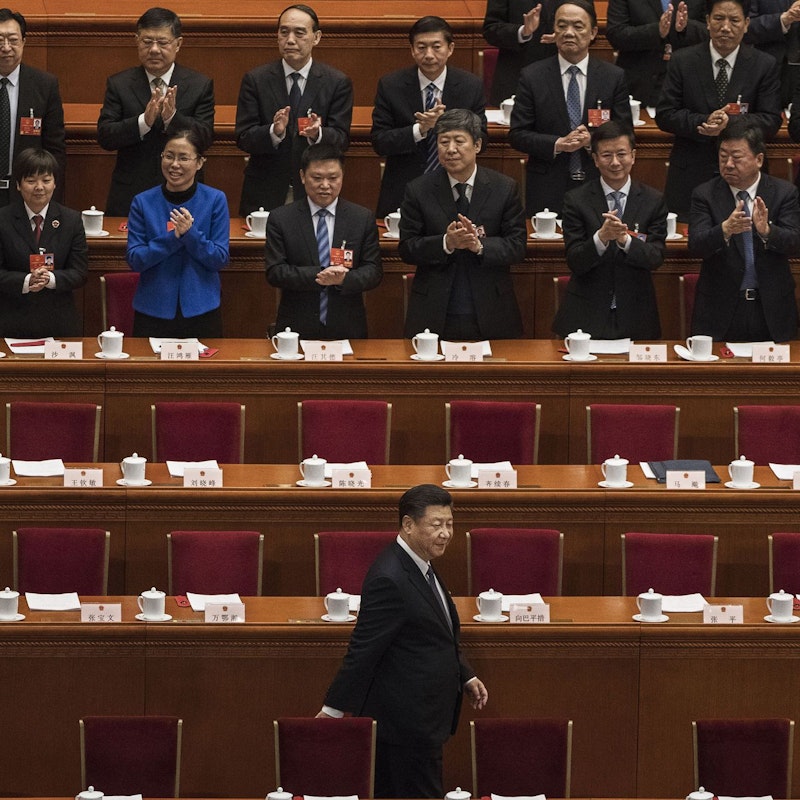 The protein of the coronavirus looks like the trajectory of a failed rocket launch by the Chinese government, spiraling horizontally and spinning out of control, while state media cut the broadcast and the project’s chief scientist pictures the wording of his postmortem resignation; mailed to his family, along with a bill for the bullet used to execute him. That is to say, the protein reveals more than the pattern of a molecule—it’s a metaphor for the possible implosion of a regime, an economy, and the surveillance state in general.

The shape of the protein is also complex, knotted, and arbitrary, much like the structure of China’s communist bureaucracy. The comparison ends there, because a virus is more adaptive than a political system.

Unable to survive without repression, and unwilling to soften its policies so as to improve its chances of survival, China chooses to police the Internet, criminalize dissent, imprison dissidents, and persecute Christians. The irony is that China requires communists to think like Christians—to have faith in the excellence of one man rather than the exaltedness of the greatest man who ever lived—despite the absence of miracles.

When that man is the premier of the Communist Party of China, when he has doctrines but no disciples, when he violates the tenets of the Bible but venerates the teachings of the Little Red Book, he makes it more difficult to deny reality; to convince his countrymen to ignore what they see and hear; to silence the world while he does evil.

Consider, again, the irony of a system that threatened to sever the tongue of the righteous and blind the eyes of the people by censoring the one man, an eye doctor, with the foresight to know and the wisdom to see what was in front of his nose: the beginnings of a pandemic.

The prophecy belongs to a speech from 1940. The speech warns of a new Dark Age made more sinister, and perhaps more protracted, by the lights of perverted science. The speech reads like a dispatch from present-day China, in spite of the government’s attempt to suppress the news and disrupt the signal. Because even if the government was to seize every smartphone and corrupt every computer, even if the Ministry of Health were to infect every screen and screen every message, the truth would still prevail.

The truth is in every blockade and quarantine, in every loss of income and life, in every state and declaration of a state of emergency. The truth is in the world’s distrust of China, for which the coronavirus is the terminus of a long march by a terminal ideology. Whether the march ends with bodies in the streets, whether those bodies succumb to the forces of man or nature, whether tanks turn the bodies into corpses or the bodies die of natural causes, the cause of death is the same: negligent homicide.

The Chinese Communist Party is guilty of these deaths.

Should the virus also invade the National People’s Congress, converting the Great Hall of the People into a triage center, it would be a just end to an unjust government of murderers, liars, and thieves. The Party may survive the virus, but it cannot overcome the disease of communism with a capitalist face.

China will be free.