Monica wants a female president, but not a craven nihilist like Elizabeth Warren. 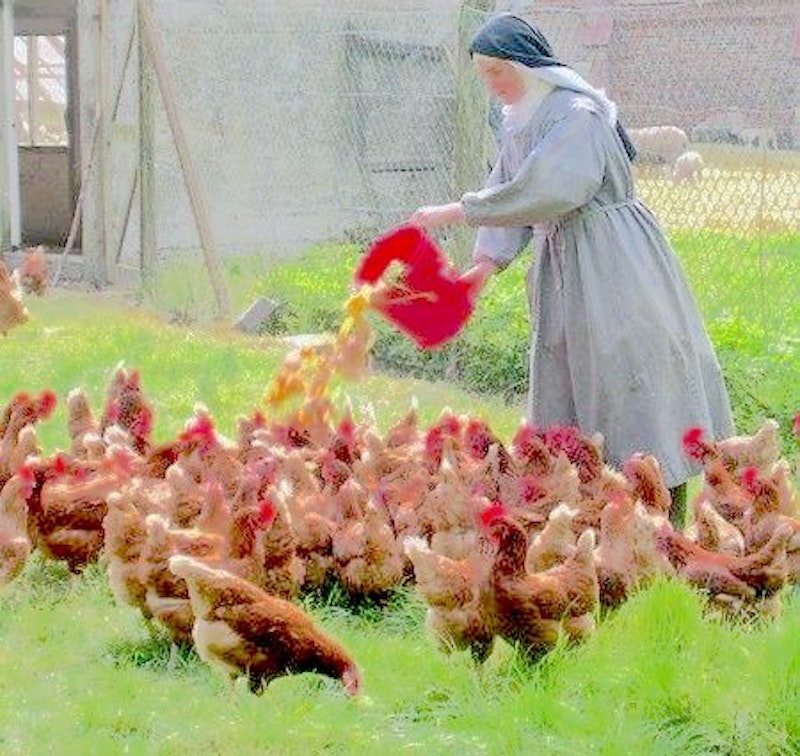 Pictured: Mother Teton, the author, and her friends (circa 1804, colorized)

There once lived a little chick named Monica who was told she could do anything when she grew up. “Will I fly?” she asked. “Will I have a home?” she asked. “Will I love?” she asked. Mother Teton nodded yes of course Little Monica, you’re a wonderful creature with unlimited potential. The little birdy went to bed that night knowing one day she would soar over the chrome skies of New England and see all of the world that “better birds”--your hawks, your eagles, your doves--enjoy all the time. They live in the sky, yet they use our ground. This always bothered little Monica, who saw the elder birds as obnoxious, arrogant, and “rather cunty,” in her own words. “Roosters are not eagles. Don’t ever forget that, Monica.”

I haven’t. That’s right, that little chick was me. Mother Teton told me I could do whatever I wanted when I grew up and flew high, but that never happened. No, like all chickens, I’ve never flown far. I’ve escaped death, slavery, torture, and solitary confinement in over a dozen countries. I’m no worm. I remember Mother Teton in times of trouble. She always talked about how much she wanted to see more women in power, and that “Maybe, Monica, when you are grown, maybe we will live in a world where women are represented. Firefighters, lawyers, police officers, politicians, doctors…” She trailed off, realizing what she was saying about herself. Mother Teton would never be free; she’d given herself over to voluntary celibacy and silence. All in service of God, she renounced her liberty and, by accepting the dominant values of society, reaffirmed and strengthened them.

Mother Teton wouldn’t have voted for Elizabeth Warren. If she lived in a time when women could vote, I imagine she would choose Bernie Sanders or Donald Trump. (She was a nun, after all.) Maybe even Amy Klobuchar. But not Warren. You see, Mother Teton believed in something: God. She had faith, whereas Elizabeth Warren is a former-Reaganite, a “craven nihilist” according to her former colleague. The way she’s run her campaign into the ground over and over again via her own astonishing political incompetence has been rather sad. I like women, I am woman, I want women to succeed. But not this bitch. Sit back down, Pocahontas.

Today, I will not be voting. In case you didn’t know, animals still don’t have the right to vote in the United States of America. We’ll look back on this with shame and regret as we do with slavery and going off of the gold standard. But if I could vote, I’d vote for Bernie Sanders in Massachusetts. Warren can walk off a cliff for all I care, I am a woman and she does not represent me or anything I stand for. I actually want to help people; I don’t just want power and selfies. I’m not a girlboss, I’m just a girl. Since when is that not enough?

Tulsi Gabbard though... she can be kind of nice with it. (hi Tulsi DM me please).