Both sides are crazy. 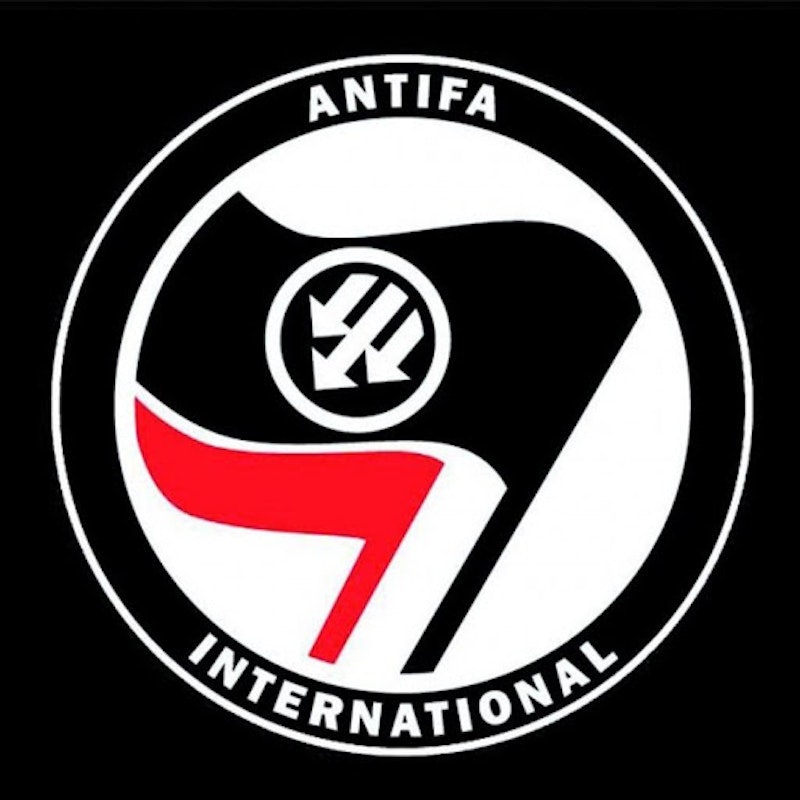 After watching a video of a drag queen dancing for a young child around four years old, I tried to imagine this happening just a decade ago. The dancer was wearing shorts cut so high in the back that they'd only be worn in a club. The signage on the wall was "LOVE." The unsmiling little girl seemed confused, but the grinning adults were having a great time. The grownups wouldn't admit it but this sexualized performance, ostensibly aimed at a child, was actually for their own benefit. The little girl, who didn't know what was going on, was merely a prop allowing them to signal their liberal bonafides.

How could this be beneficial to a child's education or even be appropriate? The stage is set for conservatives to appear to be the sane ones. Progressive soldiers shut down a burrito truck because its owners "stole" their recipes from working people in Mexico and organize a Twitter campaign to get a first-time YA author's book deal killed because it failed their litmus test. All the Right has to do is adhere to its core principles while avoiding extremism to make the "libs" swallow four more long years of Trump.

But the new Right is pretty strange now that milquetoast Mitt Romney's just a marginalized senator and Donald Trump is the face of what's now called "conservatism." I got my first real taste of this new Republicanism while attending a Trump rally in Richmond before the 2016 election. Stephen Miller gave a speech and I thought, "Who is this ghoul who looks like he's just crawled out of a casket?" The audience chanted "Lock her up" throughout the evening, and plenty of them wore t-shirts with the same message. Trump had made imprisoning his electoral opponent a prominent element of his campaign, something that's supposed to happen in the "shithole countries," but not here. But in a cult, the sycophants please their leader.

Over three years later, it’s no better on the conservative side of the fence. Trump unleashed emotions within the Tea Party/gun rights advocates/evangelical coalition that were pent up for decades. The comedy-roast president says what's in their heads. The only Republicans—if that's what they still are—objecting to his excesses are the handful of #NeverTrumpers who are still around, but they're little more than quaint artifacts of a past that's never coming back.

The cultish elements of the Left, which now counts how many lines female actors have in Hollywood movies and tells us that "genital preferences" make us transphobic, would look much scarier if the Right hadn't formed the Cult of Trump, who at the recent CPAC conference burnished his cult-leader credentials by hugging and kissing the American flag while saying, "I love you, baby."

Trump spoke about the coronavirus on Saturday at his latest gathering/rally and used the word "hoax." Such provocative rhetoric, used in the early stages of a potential health crisis, is reckless, even if the President wasn't referring to the disease itself as a hoax. Rush Limbaugh said, "The coronavirus is the common cold, folks." Donald Trump Jr. said that his father's opponents—meaning the Democrats—hope the disease "kills millions" of Americans. Mike Pence, who was photographed praying with his coronavirus task force, appeared on Face The Nation and defended Jr.'s remarks as "justified."

Joannne Wright, a Republican congressional candidate endorsed by the California Republican Party, recently tweeted: "The Corona virus was man-made. Bill Gates is one of the financiers of the Wujan lab where it was being developed. I wouldn’t put it past them and by 'them' I mean everyone from Adam Schiff to George Soros, Hillary Clinton and the Pope." Wait, Hunter Biden wasn't involved too?

According to an ethno-nationalist grievance movement with an obsessive fear of immigrants, the Democrats want a plague designed by a global Jewish/Catholic/Democrat conspiracy to decimate the nation. So which side is crazy?

Trumpism is the product of the Koch anti-government agenda and a toxic strand of Tea Party and populist nativism well-suited for Electoral College success. That's why the Republican Party continued to move to the right even after the losses in the 2018 election, and it's also why Trumpism isn't just a passing phenomenon. The "median voter theorem" no longer applies. The upshot is that the Left will continue to receive cover for its own looniness from the Right's extremism, and vice versa. The clear losers in this odd symbiosis are American citizens.