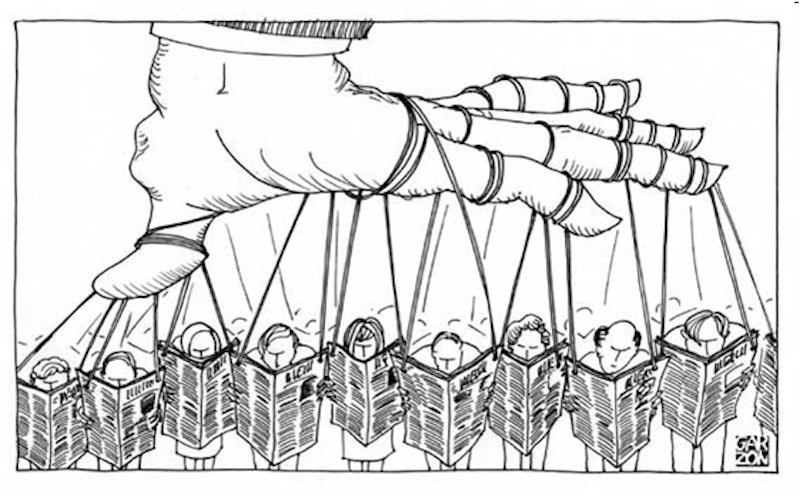 On Sunday evening, the Columbia School of Journalism released a damning report on Rolling Stone's detailed account of a gang rape at the University of Virginia that appears never to have occurred. The report lists, point-by-point, instances where Rolling Stone's reporting was shoddy and irresponsible, giving the impression that the magazine jettisoned the most basic rules of journalism in pursuit of a juicy exposé. Obviously, when you don't even try to ascertain that the alleged ringleader of the "crime" even exists, you have sacrificed all journalistic credibility.

Many are outraged by this travesty of journalism, but for those who have followed mainstream media over the years, the Rolling Stone debacle hardly seems like an aberration. The media gets big stories wrong all the time, especially when it comes to traumatic events. After the 1995 Oklahoma City bombings of the Murrah Federal Office Building—committed by two American white men—the media was rampant with speculation that the atrocity was the work of Middle Eastern jihadists. A.M. Rosenthal of the esteemed NY Times wrote,"Whatever we are doing to destroy Mideast terrorism, the chief terrorist threat against Americans, has not been working." This was after the FBI released the "John Doe" photos of the two Caucasian suspects. The reliably abominable Mike Royko of the Chicago Tribune declared that the U.S. should bomb certain Middle Eastern countries, and even if they were not involved in Oklahoma City, they probably deserved it anyway.

Where was the media in the buildup to the Iraq war? They were busy enabling the Bush administration's efforts to make a weak case for what was probably the nation's single most disastrous foreign policy decision. Their coverage included the government's campaign to sell the war, as opposed to the investigative journalism and general attitude of skepticism that was required to fulfill their role of being a watchdog for the American public. Generally, the media should assume the government is lying, and make them prove they are not, especially when it comes to preemptive war. Otherwise, forget about being a watchdog. You're a lapdog.

In 2005, after Hurricane Katrina devastated New Orleans, the major media breathlessly portrayed a dystopian fantasy scenario in which rape, murder and general mayhem became rampant as soon as the levees failed. Bodies were reported to be stacked like firewood in public places, and fictitious roving youth gangs were terrorizing citizens. Unsubstantiated reports of 10,000 deaths surfaced, and NBC's Brian Williams said he saw bodies floating in the French Quarter of New Orleans, which had actually remained quite dry. The media's motto in post-flood New Orleans was the typical "If it bleeds, it leads." Local TV news, atrocious as it is, at least verifies stories.

In the aftermath of the shootings at Sandy Hook Elementary School in Newtown, Connecticut, CNN and CBS both reported that Adam Lanza's brother Ryan (never a suspect) was the killer, and his photo was aired on TV. Millions of people thought Ryan was the killer for nearly a day. His panicked Facebook response: "IT WASN’T ME I WAS AT WORK IT WASN’T ME." When the media realized Adam was the killer, it falsely reported that his mother worked at the school and was killed by Adam there. He killed her at their home before he went to the school. Tripping over themselves in an effort to stay ahead of the curve (and maybe Twitter), the media seemed to be running any rumor it could find. I wonder how long it takes to get over having people all over the country see your photo and think you murdered 20 children.

During the silly Ebola panic, I knew the media was not to be trusted. The only way to understand the issue was to turn off the TV and do my own independent research, and it didn't take long to learn about how hard it is to actually contract Ebola in a country with an advanced infrastructure. Realizing that health care workers were the only ones facing real risk, and that an Ebola outbreak would not occur, it was appalling to then turn the TV back on and watch the constant, sensationalistic fear-mongering. The exception to the general broadcasting panic was, surprisingly, on Fox News, where Shepard Smith offered the calm voice of reason that should be the default position of the media when unfounded fear is in the air.

The media's penchant for bungled stories hasn’t gone unnoticed by the American public, whose trust in major news sources has declined for decades now, according to Gallup polls. If journalism is dying, as it often appears to be, then the Rolling Stone fiasco is another nail in its coffin. Sabrina Erdely, who wrote the piece, made a number of egregious errors, but it all comes down to her blindly trusting her lone source ("Jackie") on a story of great magnitude. Rolling Stone's publisher, Jann Wenner, called Jackie an "expert fabulist storyteller" in an attempt to absolve his publication of some of the blame, but Wenner has too many decades of experience in journalism to believe his claim carries weight. The glaring point he’s missing—and what makes this statement truly absurd—is that Rolling Stone should have viewed her as such right off the bat. When a kid comes to you with a highly unlikely "fabulist" story, a journalist should immediately assume it's untrue and investigate. If the source's wild claims can somehow be verified, then you write the story.

How does a major magazine such as Rolling Stone think it can get away with publishing an account of a serious crime without contacting any of the numerous alleged perpetrators to hear their side of the story? For the same reason major news networks can portray post-Katrina New Orleans as something out of a John Carpenter movie. It's easy and sensationalistic. In other words, profit potential looks very high on a low investment. If it turns out to be false, they just ignore it and move forward. Erdely fooled me with her Rolling Stone article because I was lazy and wasn't looking for flaws in her craftsmanship. I learned a valuable lesson. I'll never read a similar piece uncritically again, just like I'll never believe what the TV's telling me about the latest tragedy or war. The media have become the expert fabulist storytellers.