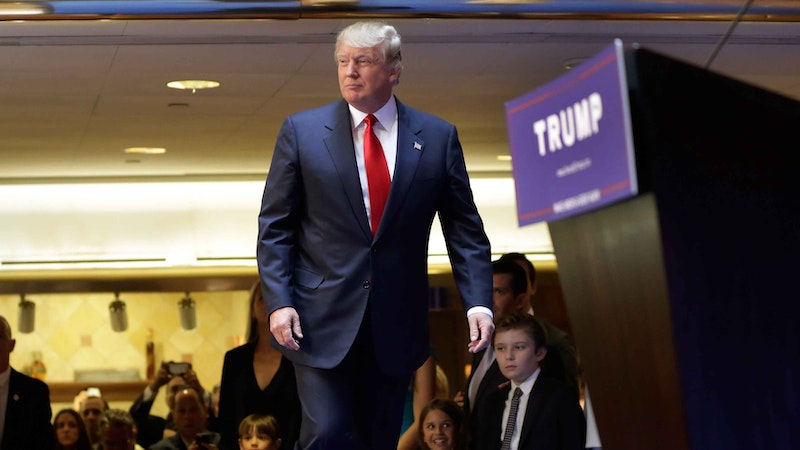 I think people have got their recent negative reactions to Donald Trump and Gawker all out of whack.

By all means attack them both if you like. They’re both crass and noisy. But don’t attack Trump, who is awful, merely for repeating a joke made by Al Franken, who is himself awful, about richly-deserving target John McCain, who, crucially, is also awful. Even many of his fellow ex-POWs say so, claiming his torture has been exaggerated and that he’s obstructed investigations into missing POWs since then.

There are so many other reasons to complain about Trump, such as his love of confiscatory taxes, Hillary Clinton, eminent domain laws, donating to Democrats, and so on. Trump joking he prefers soldiers who weren’t captured to those who were is trivial in comparison.

Similarly, there’s an endless array of complaints one could make about the crude, nasty, intrusively gossipy things Gawker has printed over the years, but there’s something troubling about Gawker management—and everyone who’s only now turning against Gawker—having second thoughts about the site only when it attacks a perhaps bisexual man at a powerful media company whose brother was the Secretary of the Treasury. That guy is suddenly a bridge too far, a citizen too innocent and private? Really?

I mean, on balance it wasn’t the sort of story I would have blurted to the world, but if Gawker’s already in the business of embarrassing people, aren’t decadent members of the media-and-money-and-government elite exactly the people we should want them to target, maybe like four times over?

Selective enforcement of rules often makes me even more nervous than just-plain bad rules. Selective enforcement leads to favoritism and eventually to chaos in which there are no real predictable rules at all except those the elite choose to enforce for their own sakes. If the media elite suddenly develop a conscience—but only because one of their own got trampled—that doesn’t make me feel as if the rest of us are really made safer.

The pretense that Gawker’s target in this case was just some private nobody reminds me a little bit of the creepy pretense back in 2000 that the organizer of the anti-gun “Million Mom March,” Donna Dees-Thomases, was just an ordinary Long Island housewife outraged by gun violence stories on TV. It was almost never mentioned that she just happened to be the sister-in-law of a major Hillary advisor and was a publicist for CBS News. No, in all the news coverage she was just an everymom speaking for us all.

And if Gawker survives the current flap and one day goes after some true nobody, I bet it won’t spark a hundredth the outrage of them attacking the media-plutocrat class.