World’s Most Famous Tabloid Talks in Its Sleep

Let’s rearrange phrases from the Daily Mail and have some fun. 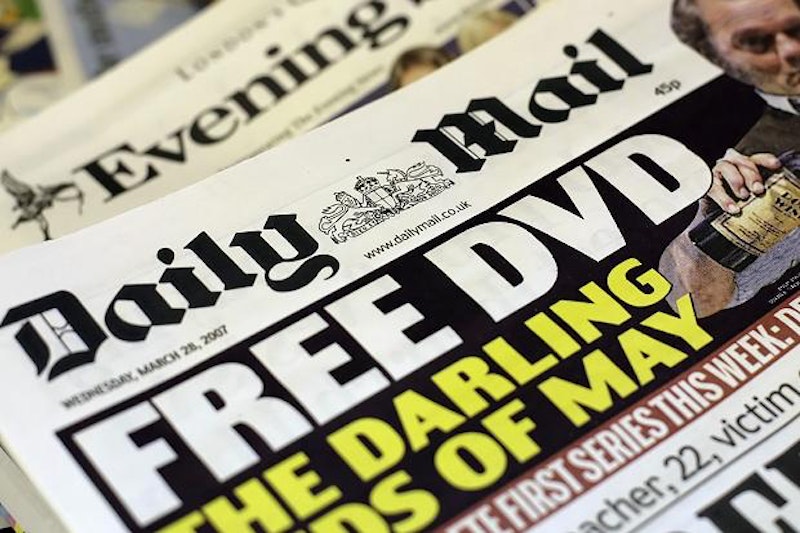 Major trouble! Just as some have a stronger sex drive than others, the Daily Mail has traveled the country speaking to people. An investigation has been launched. SARAH VINE is horrified.

One doubtful shopper holds the key—unusually prominent breasts on a man. As moobs wobble into the Oxford English Dictionary found at a house in Troon, Ayrshire, “Pharma Bro” Martin Shkreli hurls a bottle at “secret boyfriend” Coco Austin, all overseen by self-interested politicians. Is that Sir Shifty showing off ample cleavage during a hedonistic yachting holiday?

I’ve spent £55,000 keeping my face young... and I don’t regret a penny! Flooded with marriage proposals, enviably tanned and toned Joe Swash reveals plans to reveal gender on raucous night out with an oratory worthy of Martin Luther King in Poldark. So did it work for this couple? “Like a cordless drill on a multi-speed setting!”

Newly-single Georgia May Foote was caught plotting couples hypnotherapy on Saturday afternoon… and Rob Kardashian agrees. A survey of 10- to 15-year-olds found that Posh’s intimate date with snorting a line of powder off a ceremonial sword, typically as a result of excess pectoral fat, reveals her toned midriff and pert derriere. Last year, a boy, 15, from Blackburn, who was single at the time, smiled from ear to ear. Strapped for cash? Poppycock!

The two have grown closer as they vacation together in the US and overseas. But Khloe Kardashian appeared to be yearning for her summer figure. Their smoldering chemistry in Victoria is helping the ITV series beat the Duchess of Cambridge’s parents, although there’s nothing to suggest anything untoward took place. On the way back from a grouse shoot on Saturday, the Queen could be seen chatting amiably with a khaki coat and patterned scarf. The enviably tanned and toned hills above Loch Muick on the estate looked happy and relaxed. An investigation has been launched. SARAH VINE is horrified.

DVD corner. I love Richard Price, so I rented The Color of Money. Boy, is it boring. Thirty years ago I saw the movie in a theater, and all I remember is Tom Cruise saying “What can I do you for?” and (later in the film) Mary Elizabeth Mastrantonio showing her ass crack, some of it. This time I got as far as “What can I do you for” and bailed. I never got to the ass crack.

No, I don’t know why the movie’s so boring. All I can do is record the experience. Seeing Color of Money is like seeing an egg getting cracked open and then the yolk refusing to drop. I mean that the movie seems bound to be interesting, inevitably interesting. But then it isn’t. Martin Scorsese, Paul Newman, script by Price—but no good. Don’t blame Cruise or Mastrantonio. The movie’s opening focuses on Newman saying words by Price. If that doesn’t work, the kids aren’t the problem.