Patriotism for the Dead 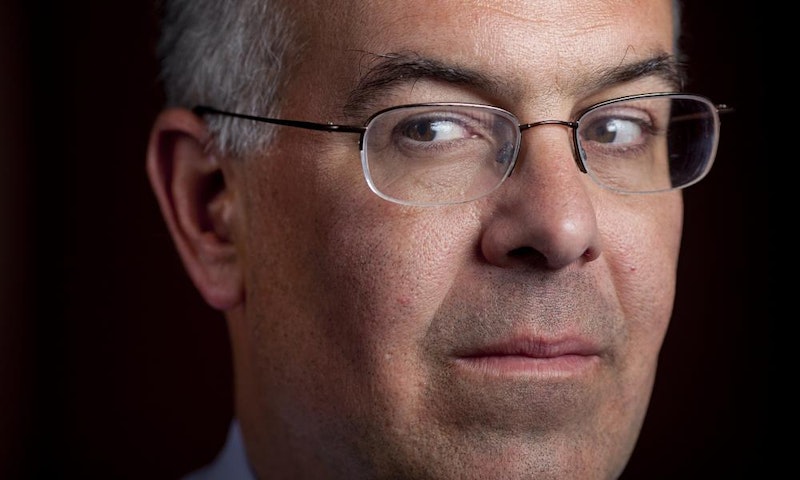 The dead are always respectable. So David Brooks reminds us in his recent exercise in oleaginous smugness. Writing in The New York Times, Brooks sententiously addresses high school football players who’ve been inspired by quarterback Colin Kaepernick's decision to kneel in protest during the national anthem.

Brooks insists this protest is counterproductive, because the national anthem is America and America is about protest and reverence, and protesting the national anthem isn't reverent, and therefore Donald Trump will win. It doesn't make a lot of sense, but then, the point isn't to make sense. It's to fill up a column and cash a paycheck. Kids aren't taught United States history in high school, Brooks asserts woozily. "Martin Luther King Jr. sang the national anthem," he declaims, which is why the United States embraced him and a white man didn't assassinate him. "Americans performed the same rituals on Thanksgiving and July 4," he asserts, as if Native Americans have never questioned the virtues of Thanksgiving, and as if Frederick Douglass never asked, bitterly, "What have I, or those I represent, to do with your national independence?"

If Brooks had been alive in 1852, when Douglass gave that speech, I'm sure he would’ve clucked and wagged and taken to his ink pen to admonish black people to show more respect. "Fortify our national creed!" old timey Brooks would have squeaked. "Cow-tow to the patriotic nationalism of white people, and we'll give you something at some point. Maybe 40 acres, maybe a mule. Anything can happen in America!"

Brooks evokes a patriotic America defined by protest. "Harsh self-criticism was the mainstream voice that defined American civilization," he insists. Therefore, the symbols of America are also symbols of American self-criticism—and to criticize them undermines our national volk. To honor the tradition of intense protest, high schoolers shouldn’t protest. Or protest in ways that don't come to Brooks' attention.

The truth, around which Brooks squirms and stumbles, is that, next to America's long tradition of protest, there’s an equally long tradition of vicious, brutal, repressive resistance to change. And, for that matter, there's a long tradition of fulminating mediocrities like Brooks standing off to the side, insisting that they agree in principle with protest, but…. This is just a little too much, don't you think? Chanting? Petitioning? Rallying? Blocking highways? Kneeling? If you’re just quiet, and respectful, and wear a tie, the Brooks' of the world promise, the forces of reaction will stop shooting you at such a rapid clip. Plus, you can eat turkey on Thanksgiving. If you're alive.

"You deplore the demonstrations that are presently taking place in Birmingham," Martin Luther King wrote. "But I am sorry that your statement did not express a similar concern for the conditions that brought the demonstrations into being." Brooks nostalgically looks back to earlier protests, because those protestors are all safely ensconced in the past, embalmed in his fantasy, holistic, communal America, where critics and criticized embody America together in unitary, patriotic bliss.  Brooks stacks up the bodies of American critics past, dumps red white and blue paint on them, and claims that their struggle was enabled by reverence for the institutions that tried, and in many cases, succeeded, in killing them.

Brooks is right about one thing; patriotic symbols can be used to criticize or celebrate the nation. Kaepernick, and those inspired by him, kneel during the national anthem to ask people like Brooks to think about whether their country is holding true to its ideals. That's a statement of faith in this country. In comparison, Brooks' supposed patriotism is a cramped, a dead, respectable corpse, rather than a living power.