Stalin, Hitler, and how you need enemies if you want to kill. 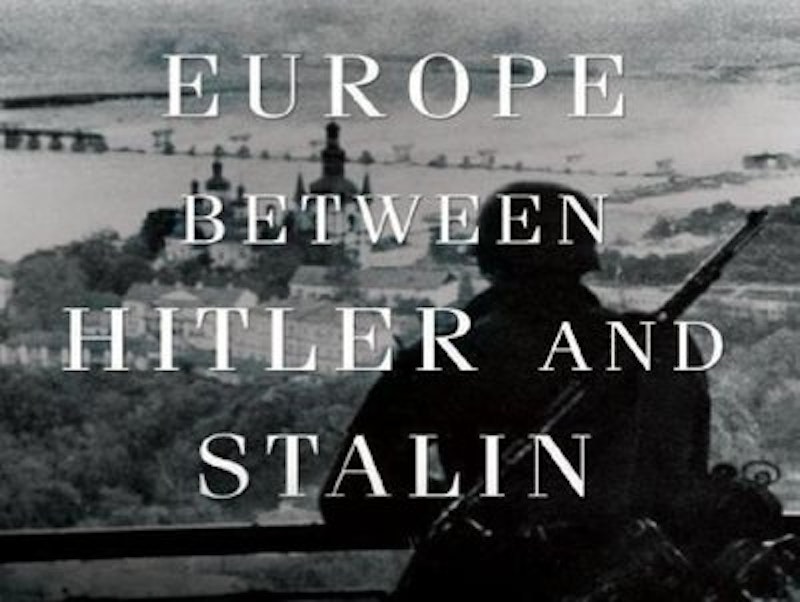 If you watch the news in America, you'll quickly learn that the world is full of enemies. Donald Trump will tell you that we need to be afraid of all Muslims everywhere, and, just in case, keep them from emigrating to America. But it's not just Trump. People from all parts of the political spectrum insist that ISIS is a direct threat to the United States, or North Korea, Iran, Russia, or that all of them are. The bad guys are at the gate.

There are certainly bad people in the world, and the United States has conflicts with some of them. But I've been reading Timothy Snyder's Bloodlands: Europe Between Hitler and Stalin, and thinking a lot about how useful enemies are. Star Wars needs Darth Vader; Batman needs the Joker. And, according to Snyder, Stalin needed Hitler, and vice versa. Your enemy, often, isn't exactly your enemy. Instead, he's your excuse.

Snyder's book is about the period from the 1930s through the end of World War II, during which some 14 million people were murdered in what he calls the Bloodlands—Eastern Europe and the Western Soviet Union. Starting with Stalin's policy of collectivization and forced starvation in the Ukraine, moving through the brutal joint USSR/Soviet dismembering of Poland, and going on through the Nazi Holocaust of Jews, which claimed most of its victims in Eastern Europe, the Bloodlands witnessed the most hideous series of mass atrocities in human history.

Many historians have argued back and forth about whether Stalin's regime was bloodier than Hitler's, or whether the Ukrainian famine (in which some three million people were starved to death through deliberate neglect) is comparable to the Holocaust (in which six million people were murdered.) Snyder's argument, though, is that Stalin and Hitler were not in a competition for worst mass murderer. Rather, they were collaborators in atrocity.

Sometimes this collaboration was overt, as when the USSR and Germany began World War II by invading Poland. Sometimes it was almost overt, as when Stalin refused to allow allied planes to refuel on USSR land because he hoped Germany would crush Warsaw, ensuring Soviet dominance after the war. But often, Stalin and Hitler worked together not by pursuing common goals, but simply by being enemies. Hitler solidified his political base in Germany by pointing to the danger of Communism—a danger made concrete by Stalin's murderous regime. Stalin, for his part, could point to fascist brutality as a way to justify the most hyperbolic violence against internal enemies. One murderous dictator bolsters the other. Hitler was terrible and Stalin was terrible—but together, they could be exponentially more terrible than either was alone.

The world at the moment doesn't face a regime as murderous or powerful as Hitler's or Stalin's; despite all those over-carbonated claims to the contrary, the world now really is not more dangerous than it’s ever been. The current conflicts in the Middle East simply don’t compare to World War II, and anyone who says they do is lying, stupid, or both.

But precisely because World War II was so traumatic and devastating, people still look to it for lessons. Most often, the takeaway is the evils of appeasement; the United States must aggressively confront evil, lest there be another Holocaust.

You need two sides in a war. Before you pick up the gun to shoot the bad guy, it's worth thinking about whether you're fighting him, or whether you're rather joining forces in the work of death.