Most countries are terrible. 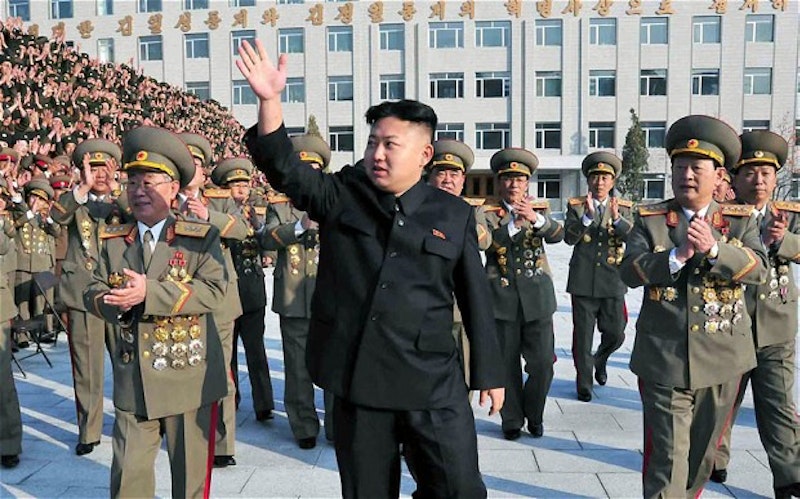 —SAUDI ARABIA’s full conspiratorial awfulness is the hidden truth that people in my unscientific survey last week want revealed (more than UFOs), with the deciding vote cast by Shmexperts author Marc Fitch, who well understands the dangers of unscientific results.

The dozens of beheadings in Saudi Arabia recently are a reminder how brutal that regime is, and despite all the time we spend either talking about Bush and Obama as right/left opposites or lumping them together and decrying our whole government’s ties to the Saudis, I wonder if historians will instead look back and say that Bush/Cheney and later Obama were trying to move away from the Saudis in the years after the Wahhabism-linked 9/11 attacks (artfully, perhaps without the Saudi-linked CIA being entirely happy about it).

That might best explain Obama’s attempt to cozy up to Saudi Arabia’s arch-enemy, Iran—without cozying up to Iran’s ally Syria, since it’s pals with Russia. It’s complicated.

—RUSSIA is targeted for some fishy U.S. shenanigans, you have to suspect, when you see stories like the recent one about Google Translate “accidentally” auto-correcting “Russia” to “Mordor” and making a few similarly loaded changes. Hmmm. Bombs for the really awful foes, petty Cold War-style mind games for the semi-awful ones?

—IRAN doesn’t seem entirely onboard with our new coziness, though, as you may have noticed, given things like their photos of captured U.S. sailors, their insistence on continuing their ballistic missile program, and (as Twitter user Starz and Strypz noted) their president tweeting his utter contempt for the very idea of any treaties or bargains with America. With new friends like these, etc.

—NORTH KOREA’s nukes, created while Bill Clinton touted an anti-nuke agreement with that country two decades ago, are a reminder that the hawks’ tendency to want to invade sooner rather than later might on rare occasions be good strategy—but having failed to show such foresight, we might also be wise to avoid pointless belligerence and saber-rattling two decades later, which seems to be the “fail now, fail again later” method the U.S. is perfecting.

—TURKEY is a reminder our so-called allies aren’t much better than our enemies, as they not only continue to deny that the mass-slaughter of Armenians was genocide but, as if to twist the knife, now have a president who says he sees Hitler as a model of an effective presidential system. That suicide bomber in Istanbul, though awful, is not Turkey’s only problem.

—CHINA was blocking certain online info it didn’t like, according to The Wall Street Journal, and then friends and I noticed that Facebook was blocking the posting of the Journal article about the blocking. Was Facebook being skittish or were the Chinese being hackers again, to cover up news about their earlier hacking? That may be a story in itself.

—CANADA-born (yet fully election-qualified) Sen. Ted Cruz condemned the “neoconservative” rush to war—an encouraging sign—and the response of National Review’s Jonah Goldberg was to deny that neoconservatives exist, saying they’ve long since blended into the general conservative mainstream and thus that the term serves no purpose. Well, maybe, though there’s still a discernible philosophical difference between, on one hand, Cruz, Trump, and Paul, and on the other, say, Commentary magazine, for good or ill.

Jonah’s funny and all, but this strikes me as an odd exercise in brand management, an attempt to avoid being marginalized via labeling if the upstart faction wins. C’mon, guys, we’re all on the same team here, etc. But, okay. Policy is the important thing, I’ll agree.

—GERMANY’s major cities saw hundreds of women sexually assaulted in a single night by massive gangs of Muslim immigrants while Western media barely say a word about it (perhaps because they were too busy proclaiming U.S. colleges a “rape culture”). This is the sort of crisis that could easily lead people to turn away from neoconservatism and toward paleoconservatism, with its aversion to both war (which tends to create refugee crises) and immigration.

The stories of the sex-attack mobs in Cologne sound like some sort of Axe ad from Hell. You can't read them and tell me the future looks good for Europe, or for us if we imagine all immigrants are equally harmless. Sorry. The time for naiveté is over, ended as brutally as possible—though in the absence of violent threats, I’m all for letting people move about the planet as they please.

A key reason that I loved Thomas Sowell’s book Knowledge and Decisions enough to buy 10 copies and give them to friends (not the kind of thing I’ve been flush enough to do lately, alas) is that it treats moral and political rules in large part as filters and thus, implicitly, deals with probability, which few people are willing to let into their explicit political thinking (how likely is the approaching person to be an assailant, etc.?). And as with utilitarianism, I understand the dangers of becoming too drily calculating, but there’s no escaping it sometimes.

Instead of dealing in individual rights alone, as we should almost all of the time, we sometimes have to ask questions such as “If that guy’s wearing the same uniform as the person to his left who is shooting at me, aren’t the odds high that he, too, is a threat, justifying my preemptive action?” So it is, just hypothetically speaking, with an approaching yet still stoppable horde that might be 10 percent mass-rapists.

But people are understandably uncomfortable thinking about such tradeoffs and thus the self-deluding oversimplifications begin, from paranoia (all Arabs love this rape gang game) to wishful thinking (this rape-gang tradition does not exist and all refugees are like Jews fleeing the Nazis). Disorganized, sporadic violence is still a coercive threat, as pro-multiculturalism liberals and my fellow libertarians must agree, however depressing it is to contemplate and however difficult it is to police.

But for now, instead of honest weighing of the threat, we get either the sweeping Trump/Le Pen approach or, perhaps more insanely, things like this CNN column from Indiana University gender policies professor Joyce M. Mushaben, co-editor of the book Gendering the European Union, who tries very hard to show that the real problem is Western hypocrisy, racism, and sexism. Not this time, lady.

—THE UNITED STATES may eventually see similar violence, and if you ask me, we have enough “flashrob” mobs and random gang assaults at home already.

—ANTARCTICA provides us with my favorite poignant example of monomaniacally following one simple rule even unto “certain death,” in the form of documentarian Werner Herzog’s footage of a penguin abandoning the hunting grounds to his right and the warm colony to his left (how apt!) in favor of marching to his frozen doom.