A Test of Larry Hogan’s Reservoir of Goodwill

Maryland’s Republican governor will be judged on his plans for Baltimore, the state’s stepchild city. 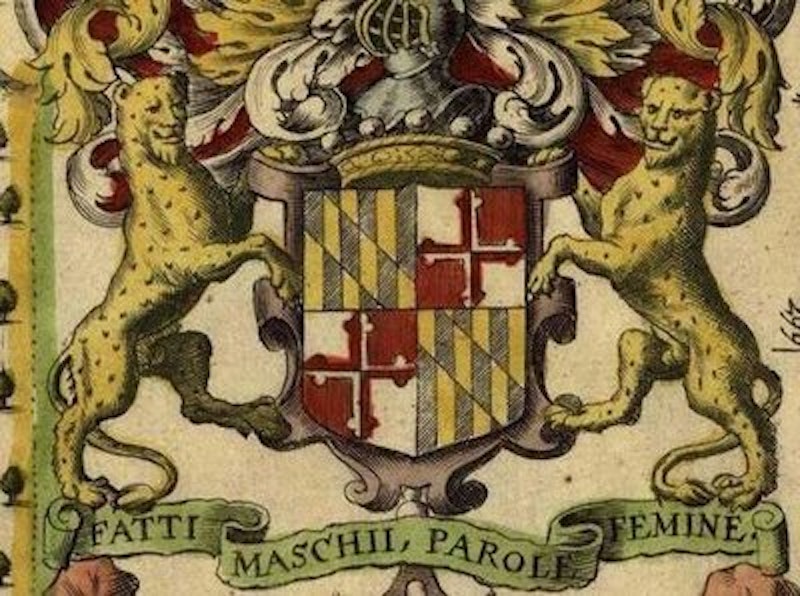 Maryland Gov. Larry Hogan (R) begins a new session of the General Assembly on an arc of goodwill, the thrust of veto overrides, millions of dollars in Democratic programs for Baltimore, a shelf of study recommendations, a plan to reorganize government, millions in proposed tax cuts, a civil rights challenge to his subway decision and the all-important issue of whether to remain bald or resume hirsute.

And that’s not all. There’s the state motto the goo-goos want tweaked, the state song the book-burners want torched, statues and memorials that history’s revisionists want toppled, pot franchises to be awarded and other bric-a-brac to be dealt with in the world of loose ends called government. Hogan’s dismissed much of this as “political correctness run amok”—his default position on talk radio, which is a lot less persuasive in the Democratic State House.

But be assured that there’s other work to be done as well when the legislature bivouacs this week, and none more important than propping up Baltimore, the God-forsaken, down-at-the-heels stepchild city that’s a drag on the entire state of Maryland and a national embarrassment on television.

Hogan’s already promised $700 million to demolish some of the city’s 16,000 vacant buildings—$75 million in state funds and $19 million in city money for the demolition work and $600 million in incentives to encourage development in targeted neighborhoods. (While this sounds generous, remember that Hogan withdrew $900 million that was intended for Baltimore’s Red Line and distributed it to the counties as highway maintenance money, although the swag is from a different cash drawer.)

But the Democratic legislature has ideas of its own, some of them redundant, others reflecting the difference in political bearings as well as demographics. Speaker Michael Busch (D-Anne Arundel) and House Democrats plan to push a massive kind of urban Marshall Plan for the city that would replicate demolition funds, but help schools, build community and urban recreation centers and increase job opportunities. There are dozens of bills floating through the legislature that are designed to help the impecunious city, all with good intentions and especially in a Baltimore election year. But the key to success and clarity of purpose will be to fold them into a unified cohesive package that is more help than showboating.

So in a sense, Hogan and the 2016 General Assembly are setting themselves up to be judged by how much they do for Baltimore at a time when a major crisis has presented an opportunity for action. How they respond to the opportunity will be the measure of their work. The session is also a political test for Hogan who, as the Zelig-like occasions demand, presents himself as a moderate Republican in Baltimore but a conservative to the bone on talk radio. Much of the other, less substantive stuff of the session falls into the category of “gesture” politics, some of it ripped from headlines and others simply an attempt at ingratiating sponsors with interest or fringe groups.

For example, the state song, “Maryland, My Maryland,” will undergo the sixth attempt to re-write its lyrics to remove the Civil War-era Confederacy sentiment and reference to “Northern scum.” Similarly, the state motto. Fatti machii, parole femine—generally translated “Manly deeds, womanly words”—will be considered for a 21st-century gender parity update. The state motto dates back to 16th-century Pope Clement and is incorporated into the shield of the Calverts, Maryland’s founding family. Maybe the Assembly should commission Kanye West for the modern re-do.

Among the more ponderous issues to be debated, though, is the restoration of the $68 million in education funds that Hogan snatched from Baltimore and Montgomery and Prince George’s Counties—the so-called impact aid for populous jurisdictions—and distributed to rural counties where Hogan’s political base resides.

The state is in a more comfortable fiscal position than it has been for years, with a $750 million surplus in its money belt. So Hogan, acting out campaign promises, wants to cut taxes by $400 million over five years. What’s more, he wants to reduce mandates within the budget, currently about 80 percent of the spending program, which strikes directly at many of the Democrats’ pet programs. They are unlikely to relinquish control to a Republican governor, which would give him the power to gut the budget—specifically, Democratic social-welfare programs—at a whim. Hogan appears to be mimicking the slash-and-run course set by Rep. Paul Ryan (R-WI), now House speaker, who learned his 18th Century economics from Ayn Rand.

And joining that is the push to reduce Maryland’s tax on business, currently 8.5 percent, by as much as a point. On this issue Hogan and the Assembly will no doubt agree. The unifying argument is to bring Maryland’s rate more closely into line with that of surrounding states, notably Virginia. So Hogan is in the awkward position of cutting taxes for business while denying funds for school children.

The tone and tactic of the session can be discerned as much by the behavior of Republican legislators in committees and on chamber floors as by Hogan’s policies, budget and statements. Hogan is by disposition a conservative who must often act as a moderate because he serves a statewide constituency in a Democratic state. Republican lawmakers, by contrast, answer to much narrower suburban and rural constituencies and interests and are becoming increasingly more conservative as the national GOP lurches to the right.

The behavior of legislators is an index to the governor’s wishes. As a general rule of engagement, if the governor is four-square behind an issue the Republican lawmakers will fall into line behind him. But if legislators scatter and are left to their own choices, it is a sure sign that the governor has little or no interest in a bill or issue. For example, Hogan has declared that tampering with Maryland’s tough gun control law is off limits this year. But a group of Republican lawmakers intends to hoot and holler to relax the laws despite a public outcry for more restrictions and the Obama Administration’s executive orders to do just that. Similarly, Democrats will be pushing for automatic voter registration, i.e., when a person gets a driver’s license they are automatically registered unless they opt out. The Maryland Republican party’s executive director, Joseph Cluster, has called such a law “a joke.”

Hogan begins the session and his second year as governor following a serious threat to his health and his life. He had announced last year that he had been diagnosed with stage four cancer and after nearly six months of chemotherapy, surgery and whatever other treatments, he announced that he was cured and cancer-free. During that time, Hogan went very public with his illness and became an advocate for other cancer victims, giving regular updates on his progress via Twitter and Facebook. The loss of hair was a bi-product of the chemotherapy. So he shaved his head completely and, like a smart politician, converted baldness into a political asset and a contest on whether he should remain shorn and shiny. During the entire treatment and recovery, Hogan built up a reserve of sympathy, goodwill and popularity. The session will test the lovesong’s durability.