The Only Sensible Candidate

The country doesn't need the Clintons back in the White House any more than it needs another Bush. 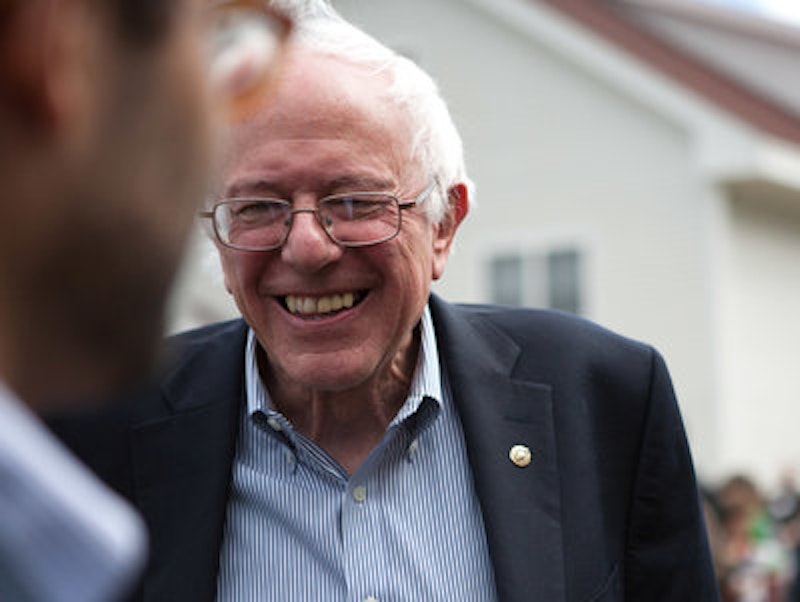 Picking a presidential candidate to support for November’s election wasn’t difficult. I’ve never voted for a Republican before and won’t start now. If forced to support one, it’d be Rand Paul, because at least he would keep the U.S. out of another disastrous war in the Middle East. Also, he actually respects the Constitution, as opposed to merely paying lip service to it like his opponents do.

The possibility of another ground war in the Middle East is the clearest danger facing the United States in the near future. Donald Trump and Ted Cruz would have regular troops in Syria and Iraq soon after Inauguration Day on January 20, 2017, accompanied by carpet bombing. American ground troops would take territory from ISIS, but then they'd have to defend it for years, making them sitting ducks for terrorists’ targets. Trump tells his gullible supporters he’ll “bomb the shit out of ISIS,” which gets him plenty of loud cheers but makes him sound like a fool. Americans indiscriminately killing civilians in the Middle East comes with blowback, and everyone knows what form it takes.

As for the Democrats, Martin O’Malley is not a serious candidate. His record as mayor of Baltimore from 1999 to 2006 disqualifies him. David Simon, the creator of HBO’s The Wire and a former crime reporter for The Baltimore Sun, said that O’Malley’s policy of mass arrests to control street crime was “the stake through the heart of police procedure in Baltimore.” Many speculate that this created the racial climate leading to violence after Freddie Gray’s death.

The country doesn't need the Clintons back in the White House any more than they need another Bush. Plus, she voted for the disastrous Iraq war and is generally a hawk, so I can't count on her to exercise restraint in that part of the world. Her cautious campaign aimed at an eventual coronation is uninspiring. Does anyone even know what Clinton stands for at this point, outside of achieving her own personal goal of getting to the Oval Office?

Which leaves Bernie Sanders, who some ridiculously claim is the mirror image of Trump on the left. While there are some parallels between the two, Sanders possesses none of the crassness and bullying nature of the obnoxious celebrity. He also has genuine beliefs, which distinguishes him from both Trump and Clinton.

After another U.S. war in the Middle East, income inequality is the most pressing problem facing the country. The funneling of assets to the top one percent would continue, with dire results, under the administrations all the other “status quo” candidates—including Clinton, though she'll claim otherwise. Her Wall Street ties run deep, and would end up trumping her egalitarian-sounding campaign rhetoric.

Sanders is the only candidate with real passion and an actual plan to tackle the issue. His self-identification as a socialist scares a lot of people—even those who love their single-payer Medicare—but an examination of his pragmatic governance as mayor of Burlington from 1981-1989, sheds some perspective on that polarizing term. No, he didn't establish a nomenklatura forcing self-criticism on avowed capitalists until they all set up co-ops. Instead, he encouraged grassroots organizing for projects benefiting all city residents. Sanders stood up to real estate developers who aimed to convert buildings into luxury condos by displacing families. A prominent local businessman, Tony Pomerleau, wanted to transform Burlington’s decrepit Lake Champlain waterfront by building 18-story condos and a 150-room hotel, but Sanders had other ideas, and now the waterfront has a community boathouse, an eight-mile bike path, and public beaches, along with limited commercial development. Business leaders leery of their new socialist mayor were pleasantly surprised to find Sanders was not the doctrinaire ideologue they had feared. As for Tony Pomerleau, who’d always been a solid Republican, he ended up voting for the socialist mayor three times.