Feminism and the Future 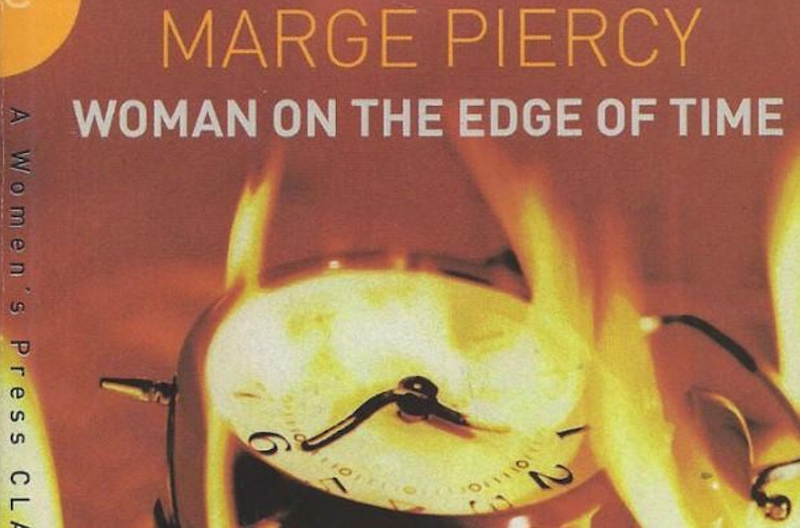 This is the first of a three-part series on social reproduction, feminist theory, and capitalism.

In Margaret Atwood's The Handmaid’s Tale, a religious fundamentalist counter-revolution has taken power. The regime of Gilead has instituted a regressive order of rigid gender roles and bizarre mating rituals. As Wives, Marthas, Jezebels, and Handmaids, women in Gilead are forced into degrading, servile roles that neatly embody the social, domestic, sexual, and reproductive pivots of female subordination in patriarchy.

But the regime’s religious underpinnings provide cover for what amounts to a political formation in response to a biological crisis. Severe declines in the birth rate and widespread sterility have created a social condition of scarce reproductive resources. Beneath the murmuring prayers and ceremony fetish, in Gilead there lies a struggle not merely over tradition or personal identity, but over the question of distributing the powers and burdens of reproducing society itself.

To risk oversimplification, Atwood’s book stands for the idea that public encroachment into reproductive privacy is bad. Public participation in something entails politicization, and politics always ends up being about who controls what. Traditionally, the conflict over reproductive control has been resolved in men’s favor, with social policies that objectify and instrumentalize the female body. Atwood’s dystopia is precisely what we’re afraid of when the public eye turns its gaze on reproductive privacy.

But alongside Atwood's book, consider another work of feminist science fiction, which offers a more optimistic attitude toward the future of reproduction. Marge Piercy’s Woman on the Edge of Time was published in 1976, about a decade before Atwood’s book and during the heyday of second-wave feminism. Whereas Atwood imagines a regressive dystopia of sexual subjugation, Piercy offers a feminist futurism that is androgynous, egalitarian, and technologically liberated.

Piercy’s future is characterized by social reconfigurations flowing from artificial reproduction. Human embryos are gestated in synthetic placenta, women no longer give live birth, and communal childrearing has replaced the nuclear family. Piercy identifies artificial reproduction as not only the key to women's liberation, but also as the necessary precondition for a just and caring society. Piercy challenges us to imagine a society in which "we all became mothers."

In Piercy’s view, the uneven character of reproductive biology forms the underlying paradigm for all power relations. By erasing both male control and female power over reproduction, Piercy’s society was able to solve derivative power asymmetries like racism, classism, and homophobia. In stark contrast to Atwood’s more distrustful depiction, Piercy's novel reveals the potential benefit of social intervention in reproductive privacy.

As the feminist scholar Rosemarie Tong has argued, these two novels represent competing perspectives on motherhood and reproduction within the radical-feminist tradition. Tong writes, "Whereas radical-liber[ationist] feminists believe women should substitute artificial for natural modes of reproduction, radical-cultural feminists believe it is in women’s best interest to procreate naturally."

Atwood depicts gestational surrogacy as an exploitative and alienating process, and reflects skepticism or even hostility toward social intervention in reproduction via politics and technology. Atwood suggests a vision of social reproduction that remains grounded in biological privacy. Meanwhile, Piercy sees reproduction as a necessarily social project. And particularly because the transition to artificial reproduction would require substantial public support and prioritization, Piercy seems to view reproduction as a social determinant that is subject to the same political and technological processes as any other aspect of society.

Readings these two works alongside each other, we can see that the future of reproduction, in both its personal and social forms, will be of decisive importance. Part 2 of this series will examine competing perspectives on motherhood within the feminist theoretical tradition.

—Tom Syverson is a writer living in Brooklyn. He can be contacted and harassed on Twitter: @syvology