Woke in a New Century 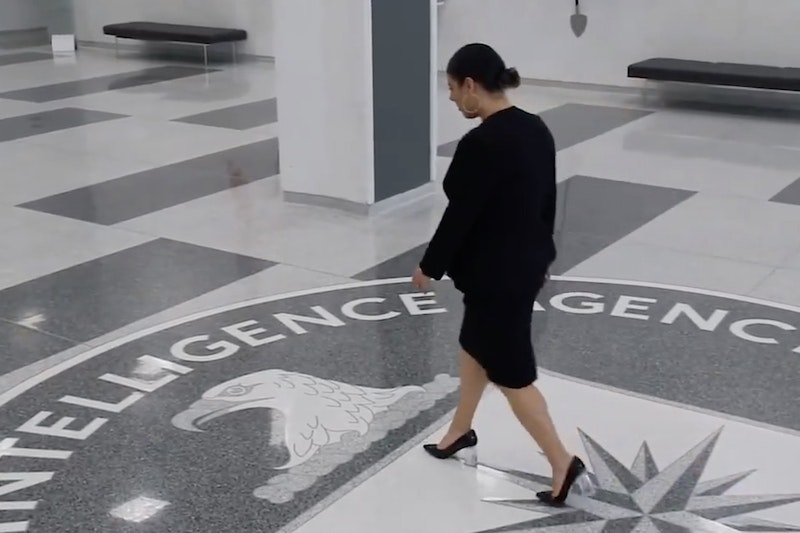 It would be amazing to watch a liberal awaken today after being put in cryogenic deep-freeze 15 years ago, (eagerly) receiving his marching orders, his bullet points for approved left-liberal and Democrat belief. Surely some of the items would seem jarringly at odds with the things he believed or pretended to believe when he went into the deep-freeze.

But he wouldn’t admit it. Left-liberalism is mostly an exercise in appearing to be on the same page as your colleagues—the mental collectivism that helps smooth the path to legal and regulatory collectivism, if you will.

So now, our unfrozen, Buck Rogers-like political adventurer must, among other things, pretend to respect virtually any conservative who denounces Donald Trump or institution at odds with what some Trumpers like, meaning the unfrozen liberal now admires, among other things, hawkish Liz Cheney (daughter of the war-architect they likened to Darth Vader back in the 00s), 2012 GOP presidential candidate Mitt Romney, “our intelligence agencies”(!), the military (and its ties to the media), powerful pharmaceutical companies, the mainstream news broadcasts underwritten by those pharmaceutical companies, high-tech suppression of weird ideas (now including not just pronouncements from a recent ex-president but even reposting of comments from his personal blog), surveillance, and constant stoking of racial animosity and racial taxonomizing.

The unfrozen liberal, if he wants to keep his old “friends,” assuming they’re all still left-liberals in good standing, will carefully have to avoid noticeably flinching in shock as his old pals tell him that now inflation is good (or at least harmless and unrelated to constant currency-printing, per Modern Monetary Theory), the Capitol Building is sacred and not to be breached, and it’s good to see multi-ethnic messaging luring the young into jobs with the CIA.

To fit in, our baffled cryonicist—to mix pop culture metaphors—will have to maintain a tight smile and echo the approved happy-talk like the terrified neighbors in that great old Twilight Zone episode about the bully child with godlike psychic powers.

Our protagonist must play along as those who submit to the new hivemind (those who are “woke” in the non-cryonic sense) insist that, say, rioters toppling a George Washington statue in Portland, Oregon and covering it with a burning American flag are harmless good citizens opposing “fascism,” whereas the government and businesses such as PayPal collaborating to shut down dissidents’ bank accounts is just the healthy, normal process of stopping “misinformation” from spreading. You’re not pro-misinformation, are you, Citizen from 2006?

If Republicans sound tempted to regulate social media companies, our 2006 liberal, who might’ve come of age fearing Bible-thumping right-wing censors, may think for a moment that he’s back on familiar ground, but if so, he’ll soon be startled to hear the Democrats respond merely that they’re happy to see the government keep its hands off the companies so long as the companies continue to do plenty of censoring and policing themselves.

It’s just a new version of the timeless “We don’t want to have to regulate you, so do it yourselves, and do it much the same way we would” strategy, intuitively understood by subtly-intimidating gangsters everywhere, though purportedly unperceived by liberals nowadays (in truth, it merely applies to speech the velvet glove/iron fist that Democrats have always brought to bear in dealing with other forms of business, companies happy to be lightly regulated so long as they retain their prominent seats at the table).

Instead of businesses learning how to get around such controls, many now in turn insist that other, smaller businesses censor, in a cascade of prudery. The right-leaning social media site Parler was told by Apple to moderate its content if it wanted to remain on Apple services. Seriously, why does Apple care? Have we given up asking that initial question?

We can drop that question and let the market regulate itself (something that some people advocate only when they think they’re winning in the marketplace), but don’t expect me to overlook the fact that I’m only asked to cheer the market these days when it’s scolding and suppressing. If it were just doing its usual thing, generating products and profits, it would still be looked upon with the usual left-liberal suspicion. In this strange future in which the defrosted liberal finds himself, the only “good” business is a censorious business. This is a very different view of what counts as a hip business than the one the liberal was starting to grow accustomed to in the 1990s, albeit with some reservations.

Gone, post-defrosting, are the days of grubby little anything-goes bookstores selling self-proclaimed liberal manifestos about everything from political subversion to home opium manufacturing. Those recent decades of free-wheeling communication were fun while they lasted, Mr. 2006, but they were already winding down when you went to sleep—and not a moment too soon, perhaps, since free thought can lead to terrorism or COVID infections. Do you deny it? Stay liberal. Stay woke. Stay vigilant. Avoid contamination, citizen. Or perhaps you’d prefer to go back into the deep-freeze?

If our defrosted 2006-human was paying attention back when he went under, he already knew that humanity’s fragility and its demands for authoritarianism tend to work in tandem, despite frequent pretenses that they are at odds. It’s not just a problem among left-liberals, either. The more humanity is wracked by anxiety, the more it tends to demand strict controls and omnipresent policing, whether the perceived threat is white militia men or Muslim immigrants.

In a pinch, different political factions are now adept at merely declaring each other an existential threat sufficient to justify lockdowns, therapeutic counseling, and whatever else the budding authoritarian might desire. We end up completely surrounded by dysfunction and decrees, even in the absence of any exogenous danger. Welcome to the future, liberal!